Not the ‘Age of Trump’

But It Is the Age of Something
By Andrew J. Bacevich
Domestic Affairs
Donald Trump
Secularism and Modernity 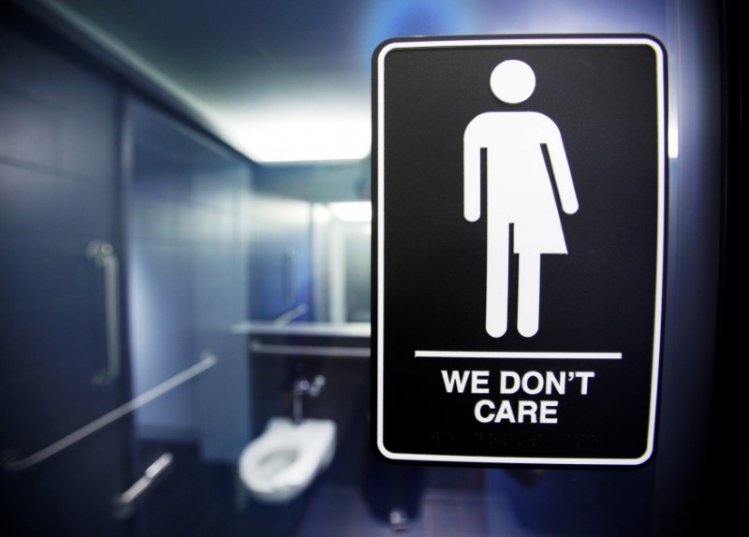 In this ‘Age of Autonomy,’ received norms are losing their authority / CNS photo

Concerned about the impact of  the “Age of Trump” on science? A wealth of recent literature examining that topic awaits you. Ditto for sex, gay rights, cities, philanthropy, bioethics, foreign policy, fashion, investing, anxiety, faithfulness, the Arctic, and even “vegan activism.” The list goes on:  In the “Age of Trump,” everything is changing, and bigly.

To judge by the avalanche of commentary exploring every aspect of his eponymous “Age,” our recently inaugurated president is to the United States what Caesar Augustus was to Rome or Louis XIV was to France. Just months in office, he is already putting a profound mark on virtually every aspect of human endeavor.

So at least hordes of hyperventilating journalists, scholars, activists, bloggers, and opinionated citizens purport to believe. Mark me down as skeptical. My bet is that when future historians render a verdict on Donald Trump they will see him as our least consequential president since Benjamin Harrison, whose signature diplomatic achievement was to persuade Europeans to lift a ban on pork imported from the United States, or even since William Henry Harrison, B. Harrison’s grandfather, who died after a mere thirty-one days in office.

Particularly on the home front, the prospects of Trump achieving anything of lasting significance are rapidly diminishing. Barring some domestic equivalent of Pearl Harbor, Trump’s own incompetence, compounded by the internal dysfunction besetting his administration, will severely limit his prospects of making much of an impact. Throw in extreme partisanship, relentless sniping from the establishment press, and the obstructions posed by courts and the permanent government, and you end up with a recipe that almost guarantees paralysis.

That Trump will retain the ability to fire up his supporters and enrage his detractors will doubtless be the case. But for the balance of his term, fending off investigations and indictments is likely to absorb the preponderance of his attention. Whatever mischief he succeeds in committing, whether by cutting social programs or conferring favors on major corporations, can be overturned or reversed once he departs the scene. So unless Trump plunges the nation into some disastrous war—a possibility, alas, not to be discounted—Americans will end up mostly remembering their forty-fifth president, fondly or not, for his tweets.

Yet to suggest that Trump will end up on the Harrison end of the presidential spectrum is not to imply that the United States as a whole will remain stuck in neutral as long as he occupies the White House. On the contrary, dramatic, fundamental, and probably irreversible changes are transforming American society day by day before our very eyes. It’s just that Trump himself is irrelevant to those changes, which predate his entry into politics and continue today all but unaffected by his ascent to the presidency.

Let me illustrate the point by citing a pair of recent articles in the New York Times. Even as other “legacy” outlets become passé, that newspaper continues to serve as an important bellwether of change, cueing political and cultural elites to trends that merit their attention. Nominally, the Times provides its readers with “All the News That’s Fit to Print.” In practice, it prints “All the Views Deemed to Matter.” Among the things that matter most at the Times are changes in the prevailing definition of freedom.

What we’re talking about is not my grandmother’s version of freedom, of course. In practice, the Times equates freedom with maximizing personal autonomy, a proposition especially applicable to all matters related to race, gender, sex, and sexuality. (When it comes to class, the Times is ambivalent, sympathizing with those in need while simultaneously celebrating extravagant consumption). Choice signifies empowerment. That expanding individual choice ultimately advances the common good is taken as given.

So the operative principle is this: Anything that enlarges choice is commendable. A recent Times story about the first women to complete army infantry training—“a towering milestone”—offers a vivid example. Young women “who dreamed of going into the infantry” now have those dreams come true, the Times reports, and with that “are no longer barred from the core combat positions that are the clearest routes to senior leadership.” Whether the quality of U.S. senior military leadership leaves something to be desired (it does) and whether gender imbalance at the top contributes to those deficiencies (who knows) are questions that the Times does not take up. What counts, and is to be applauded, is that nothing should impede women hankering to serve in combat from making it to the pinnacle of the military hierarchy.

On the other hand, anything that inhibits choice calls for critical examination. The traditional prohibition on suicide offers an example. The front-page treatment given to a story on “medically assisted death,” published in the Times one day after the feature on female grunts, illustrates the point.

This 7,000-plus word essay, spread across six pages and including photographs, provides a deeply sympathetic account of why and how John Shields chose to arrange for his own death. A former Catholic priest and lifelong spiritual seeker who had lived a full and consequential life, Mr. Shields was suffering from an incurable disease that condemned him to a wretchedly slow and painful demise. So he resolved to determine his own fate.  In doing so, this exemplar of decency and virtue became something more: As depicted by the Times, in ending his life, Mr. Shields was expanding the very parameters of human freedom.

“Having control over the terms of his death,” according to the Times, “made him feel empowered over the disease rather than crippled by it.” So after bidding farewell to loving family and friends, and with the help of an obliging physician (“I’m coming here and John will be dead, so I guess technically I’m killing John. But that’s not how I think of it.”), he did it his way, with impressive dignity.

Add to the mix a recent New York Times Magazine cover story on non-exclusive coupling—“Is an Open Marriage a Happier Marriage?”—along with the attention the newspaper lavishes on all things LGBT and you get the picture. Whether for good or for ill, and whatever tomfoolery Donald Trump may or may not be plotting, American society is undergoing a profound moral and cultural revolution, of which—irony of ironies—the narcissistic Trump is himself a product.

My argument here is not that the Times itself is somehow responsible for this revolution. While it may encourage, approve, or certify, it does not cause. As the paper of record, the principal function of the Times is to bear witness. In that regard, it performs an essential service. But if the Times went out of business next week, the forces promoting a radically revised conception of freedom would persist, their momentum unchecked.

So to expend energy exploring the implications of the so-called “Age of Trump” is to engage in a fool’s errand. Trump’s antics serve to obscure the real story. Indeed, in a fundamental sense, the Trump phenomenon represents the embodiment of “fake news.”

The real story is this: Ours is an “Age of Autonomy,” in which received norms—the basis of freedom as my grandmother understood the term—are losing their authority. This is notably the case with regard to norms that derive from religious tradition. How and whether the forces displacing those norms—science, the market, Big Data, social media—will foster a durable basis for a morally grounded community is at present impossible to foresee.

Yet this much is for sure. Long after Trump has retired to Mar-a-Lago, the revolution that predates his rise to prominence will continue, with implications far outweighing anything he—or any other president—may do. Someday even the New York Times may notice.