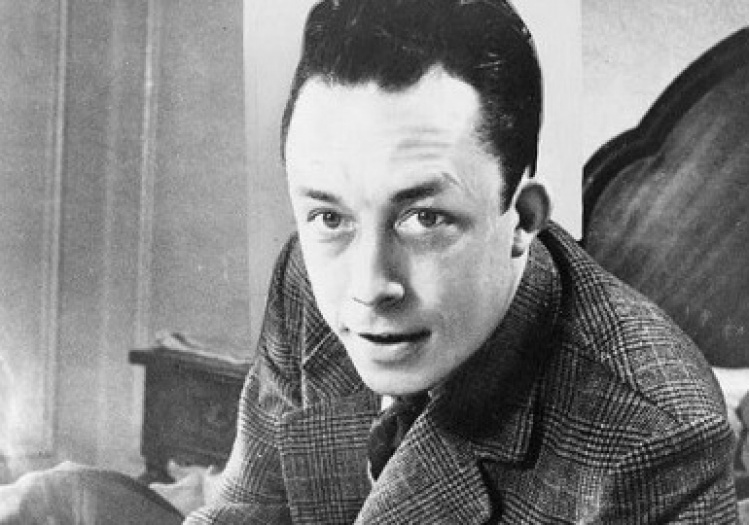 The vicious fighting and terrorism that consumed Algeria for decades, beginning in the 1930s and lasting till Algeria declared independence in 1962, is already a distant memory in this country. Yet the lessons of twentieth-century Algeria are sobering ones for the contemporary West. The country’s tragic history illustrates the real difficulties of maintaining a true multicultural polity.

For French Algeria was no mere colony. Since the mid-nineteenth century, it was an integral part of France, a department just like Rhone, Moselle, or Martinique. Hundreds of thousands of French citizens had emigrated there since the 1830s to live alongside the Arab and Berber populations. By the postwar period, some of these European French families, called the Pied-Noirs, had been there for generations and Algeria was their home. But even at the best of times there were serious tensions between the French and the Arabs, between the Arabs and the Berbers, and indeed between the French of Algeria and those in France.

When a famine struck Algeria in the 1930s, it reduced an already-poor country to misery. In a series of articles for the anticolonialist journal Alger républicain, Albert Camus wrote about the effects of the famine in Kabylia, a Berber stronghold that would later figure in in Camus’ fiction. As Alice Kaplan explains in her thoughtful introduction to Algerian Chronicles, this series of articles, titled “The Misery of Kabylia,” was the beginning of the end for Camus’ career as a journalist in Algeria. His reports on the dire conditions faced by the people in Kabylia were taken by some as an implicit criticism of French rule. Embarrassed by the attention Camus had drawn to what had become a humanitarian disaster, the French government blacklisted him.

Apart from “The Misery of Kabylia,” Algerian Chronicles includes four other sections, each dealing with different aspects of the Algerian crisis in roughly chronological order. Some of the pieces collected here are appearing for the first time in English. They comprise reporting, essays, lectures, and letters. The earliest of them were written in the late 1930s, the latest in the late 1950s, shortly before Camus’ death in 1960. The appendix includes a number of occasional pieces, including Camus’ important reflections on “The New Mediterranean Culture” and a haunting reflection on observing the nighttime docking of a prison ship, “Men Stricken from the Rolls of Humanity.”

Algeria was a political problem that exercised the imagination of generations of French intellectuals. In the years after World War II, there was a constant stream of proclamations, petitions, manifestos, and various reform proposals. Indeed, Camus broke with his friend Jean-Paul Sartre over the latter’s position on the Algerian question. Sartre opposed French rule in Algeria and supported the efforts of the Front de Libération Nationale, or FLN, a group that committed terrorist acts both in Africa and France. But the violence went both ways, as Camus was at pains to acknowledge: the French military’s reprisals were often as brutal as the FLN’s terrorism.

Camus was born in Algeria in 1913 and lived there until 1942, and he wrote as one “whose entire family lives in Algiers and who is aware of the threat that terrorism poses to my own kin as well as all the inhabitants of Algeria.” Hence his disagreement with Sartre and other French supporters of the FLN. In the early 1930s, Camus was perhaps more a classic anti-colonialist, blaming the French public for ignoring the misery of their African brethren. He would remain critical of French policy, but over time his analysis of the crisis in Algeria became more complicated. There was guilt on both sides, he believed, and more than one kind of victim. Both the Algerian revolutionaries and the ethnic French opposed his vision of a united but diverse Algeria. By the late 1950s, his opposition to the tactics of the FLN made him an outcast in his own country. (Unbeknownst to Camus, he was under the protection of the FLN when he gave one of his last major speeches in Algeria, “A Call for a Civil Truce in Algeria”—a speech in which he criticized the FLN.)

Camus’ writing is shot through with appeals to the moral sense of his audience. And it is his own moral sense that makes the occasional writing collected here still so readable. Camus repeatedly condemned the brutalities of both sides of the conflict and personally intervened with the French government to save more than 150 Algerians from execution. (This volume includes two such interventions--letters written by Camus to the president of the Fourth Republic, René Coty.) Most of the pieces collected here, and not only the reporting, are free of academic abstraction, as well as from purely ideological demands that there be some kind of action, violent or otherwise—the sort of demand that became all too common among French intellectuals in the 1960s. Unlike some of his contemporaries, Camus also recognized the limits of his own role. “People expect too much of writers,” he wrote. The right opinions weren’t enough; instead, Camus implored all sides to recognize the basic humanity of their adversaries.

Camus wanted a French Algeria, but one in which France recognized that “the Arab people also exist…[and] are a people of impressive traditions, whose virtues are eminently clear….  Too many French people and elsewhere imagine the Arabs as a shapeless mass without interests.” He called on France to live up to its own best traditions. “If we want to save North Africa,” he wrote in a “Conclusion” to a section titled “Crisis in Algeria,” “we must show the world our determination to give it the best of our laws and the most just of our leaders.…  In North Africa as elsewhere, we will preserve nothing that is French unless we preserve justice as well.”  Even in the late 1950s, when he wrote that “everything is bloodshed,” he was still hopeful for a solution. He believed the French in Algeria could return to peace with their neighbors, if only the French government would further peace and not enact policies that hurt the settlers they were supposed to be protecting.

But why should Algeria remain a part of France? Algeria, Camus argued in 1958, had never been a true nation, much less a nation of Arabs and Berbers alone: “the French of Algeria are themselves an indigenous population in the full sense of the word.” Camus thought a Swiss-type confederation might ease the country’s internal tensions. But unlike the Swiss cantons, each of which is mostly homogenous, “Algeria is one of the few examples of a country with different populations living together in the same territory.” To solve this problem, Camus endorsed a complicated proposal that mixed federalism with a kind of Ottoman millet system, where certain actions would be reserved for ethnic deputies, and others for the entire French parliament. The challenge in Algeria is in some ways similar to the challenge now facing many European capitals, where large groups of immigrants from Africa or Asia now live among earlier inhabitants. Whether European countries can find a workable response to these rapid demographic changes remains unclear. On this question at least, Camus’ writings about Algeria remain more relevant than those of Sartre.

Perhaps it was a sign of just how desperate the times were that Camus even endorsed this proposal; he must have known it had little chance of success. At this late date he was still looking for an Algeria that recognized its combined cultural inheritance and maintained its union with France. It was not to be. Less than two years after his death, Algeria was independent, and under its new leaders staunchly monocultural. Most of the Pied-Noirs left or were killed. Even the French language was abandoned by the new nation, replaced by Arabic.

But after years of neglect and rejection, Camus is being rediscovered in Algeria. In the 1990s, Algeria endured another decade of bloody civil strife, this time between the Algerian army and Islamic insurgents. The questions Camus raised about common guilt, forgiveness, justice, and who is a true Algerian have been recognized as relevant once more.