The New Politics of Immigration 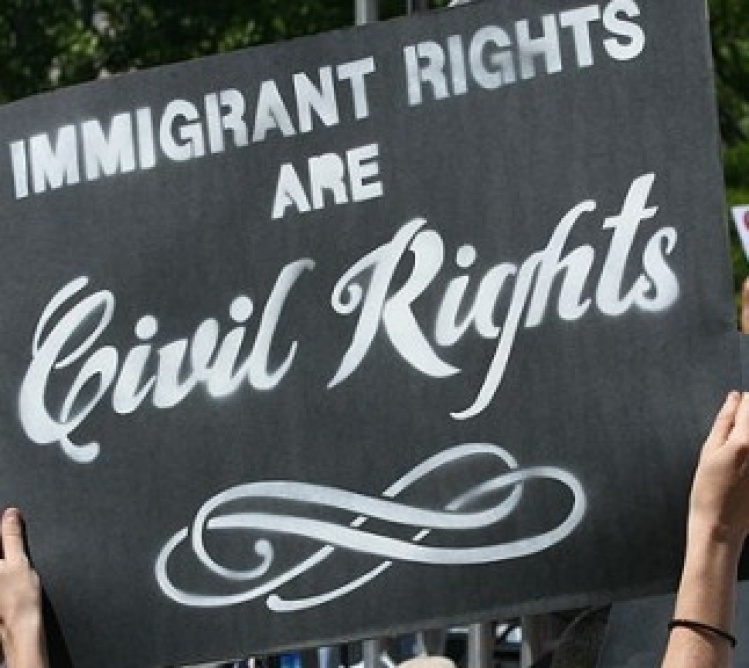 Think back to the battle over health care reform. Can you imagine Republicans, upon hearing that President Obama was about to offer his own proposals, would want to rush ahead of him to put their own marker down -- and take positions close to his?

That's the comparison to keep in mind to understand the extraordinary transformation of Beltway politics on immigration reform. Until Obama was re-elected, party competition translated into Republican efforts to block virtually everything the president wanted to accomplish. On immigration, at least, the parties are now competing to share credit for doing something big. It's wonderful to behold.

Republicans who always held views on immigration similar to the president's -- notably Sen. John McCain -- are now free to say so. Other Republicans who thought a hard line on the issue was a political winner have been forced by the electoral facts to change their minds. Democrats, aware of how important Latino votes are to their party's future, are determined to get immigration reform done. Nothing is certain in Washington, especially in the Republican-led House of Representatives, but the odds that we will finally fix a broken immigration system are very high.

The behind-the-scenes wrangling over the choreography of this week's twin immigration announcements -- by a bipartisan group of senators and by the president in a speech in Nevada -- shows how strong the bias toward action has become.

We've become so accustomed to the politics of obstruction that we forget there is still such a thing as legislative craftsmanship. Monday's unveiling by eight Senators of their ideas for reform was months in the making as Sens. Charles Schumer, D-N.Y., and Lindsey Graham, R-S.C., worked closely with their colleagues to prepare for this moment.

But Obama felt compelled to make clear early on that immigration reform was one of his highest priorities. The Senate negotiators worried that if Obama got out front with positions more progressive than theirs, particularly on a speedier path to citizenship for illegal immigrants, he could foil their efforts to reach accord.

This fear reflected the GOP's Obama-can't-win response to whatever he does. Until now, Republicans criticized him for not taking "leadership" in pushing for immigration reform. But as soon as he was ready to speak out, the GOP switched direction, warning that his leadership was the last thing they wanted -- and could get in the way of a compromise. Thus did House Speaker John Boehner use a spokesman to instruct Obama to be "careful not to drag the debate to the left and ultimately disrupt the difficult work that is ahead in the House and Senate."

As it happened, by letting it be known that he planned to give an immigration speech, Obama sped up the timetable of the Senate group, said a House Democrat active on the issue, and even encouraged a small collection of House Republicans eager for reform to let it be known that they, too, were working toward compromise. Obama sought to thread the political needle by laying out his principles while holding off on proposing a bill of his own. He would send up legislation only "if Congress is unable to move forward in a timely fashion." A relieved Schumer, using words almost never heard in Washington, declared that the president "is handling this perfectly."

There will be much posturing over the next several months. By going slightly to the progressive side of the senators, Obama may ease the way for Republicans to strike a deal since they will be able to claim they stayed to the president's right. Conservative supporters of reform, such as Sen. Marco Rubio of Florida, will keep saying critical things about the president to preserve their credibility with the right. And if Boehner is interested in reform, he, too, must play a delicate game of distancing himself from Obama to persuade his most conservative colleagues to acquiesce to a vote on a bill.

But make no mistake: This is immigration reform's time. It was poignant to hear McCain state plainly and eloquently what he has always felt. "We have been too content for too long," he said, "to allow individuals to mow our lawn, serve our food, clean our homes and even watch our children, while not affording them any of the benefits that make our country so great." Thanks to an election, those words are no longer politically incorrect inside John McCain's party.