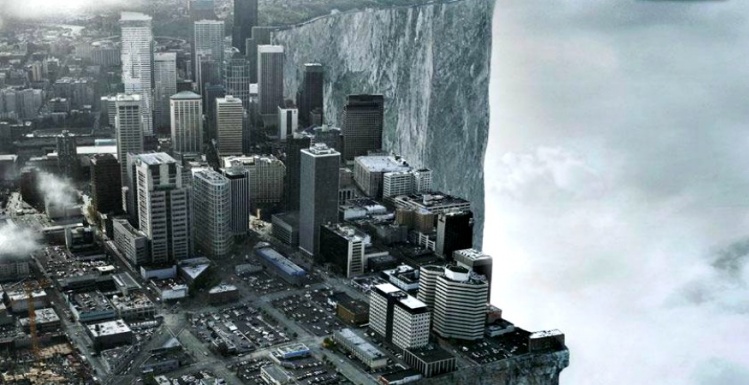 Surveying the American scene shortly after the end of the Civil War, Walt Whitman recoiled from another pandemonium unfolding before his eyes. America, he railed in Democratic Vistas (1871), had grown “canker’d, crude, superstitious, and rotten,” riven by “robbery and scoundrelism” and stricken by a “hollowness at heart.” Alarmed by “the depravity of the business classes,” he cursed “the mob of fashionably dress’d speculators and vulgarians.” The industrial and financial elites reigned over a cruel and ravenous plutocracy, grinding the faces of farmers and industrial workers with legal impunity. But business ruled America, Whitman surmised, not only with lawyers and guns but also with the gaudy spells of avarice, the enchantments of the unrighteous and insatiable Mammon that beguiled the poor and downtrodden. “Business,” he snorted—“this all-devouring modern word, business”—is “today sole master of the field.”

Whitman saw the advent of a populist crusade against the chop-whiskered wolves of Wall Street. But what of our own era of robbery and scoundrelism? Despite the most serious economic crisis since the 1930s, our own speculators and vulgarians have suffered nothing in the way of embarrassment or ignominy; indeed, many of those who designed and superintended the calamity remain in power, managing the reconstruction of the rubble with unrepentant, vainglorious aplomb. Protected and worshipped by expensive legislators and a craven intelligentsia, our overlords have emerged more acquisitive than during the mercenary delirium of the ’90s. So with capital more brazenly entrenched than ever before, the contemporary American scene is bereft of anything but plutocratic vistas; capitalism remains the horizon of moral and political possibility. The ontological sublime of the Market; the summum bonum of shareholder value; the awe and veneration we common clay should exhibit toward that higher species, the Entrepreneur—these sacred doctrines enjoy a secure position in the American moral imagination.

In Never Let a Serious Crisis Go to Waste, a pugnacious but dispiriting book, Philip Mirowski explains how neoliberals have survived and even flourished in the midst of the catastrophe they wrought. The Carl Koch Chair of Economics at the University of Notre Dame, Mirowski scolds the neoliberal members of his guild for their venal, econometric sophistry. But economists aren’t the only ones to blame. Mirowski’s book demonstrates that the resilience of neoliberal folly owes much to the intellectual and political ingenuity of the right, to the protean perversity of neoliberal doctrine, and to changes in our everyday lives that appear to ratify neoliberal tenets.

Mirowski traces the genealogy of neoliberalism to the 1940s, when a motley constellation of economists, political philosophers, and other intellectuals gradually united to turn back the tide of social democracy and New Deal liberalism. Ensconced in university economics departments (especially the University of Chicago), foundations (the Lilly Endowment, the John M. Olin Foundation), and think tanks (the Hoover and American Enterprise Institutes, the Federalist Society), they formed a “floating transnational agora” recruited from academia, politics, and business. Its inner sanctum was the Mount Perelin Society (MPS)—“the executive committee of the capitalist insurgency”—and its brightest luminaries were the Austrian economists Ludwig Mises and Friedrich Hayek, the latter the author of The Road to Serfdom (1944), the ur-text of neoliberalism.

For three decades, MPS and its affiliates inveighed against the mild Keynesian consensus that prevailed in economics, protested the willingness of corporate business to negotiate with labor unions, and denounced the welfare-regulatory state as a modern form of servitude. Yet the unprecedented prosperity of Cold War capitalism—steady growth in real wages and productivity, a distribution of wealth not obscenely inequitable, and a modicum of social peace—rendered the insurgents “a thought collective in pursuit of a mass political movement.” Their moment arrived in the 1970s, when stagnation and falling profits provoked capital throughout the North Atlantic to unilaterally break the social truce. Spearheaded by Margaret Thatcher and Ronald Reagan, and supplied with legitimacy by the new prominence and vigor of neoliberal academics and journalists, the ensuing forty-year assault on organized labor and the welfare state issued in a resounding victory for corporate business. Even in the face of stagnant real wages, accelerating inequality, and the unblushing venality of the rich, neoliberalism has demolished or demoralized all opposition to global capitalism, and established a near-monopoly on elite and popular political discourse.

Neoliberals do not call for a simple return to the gospel of laissez faire, which presumed that the market, however unfettered, was insulated from society and the state. As Mirowski explains, their aims are much more ambitious: they seek to reweave “the entire fabric of society” by “increasingly erasing any distinctions among the state, society, and the market.” More than a paradigm of politics and markets, neoliberalism names an attempt to remake human life in the crucible of capital accumulation. In this view, far from merely allocating goods, the market is the ontological architecture of the cosmos—an omniscient and inerrant being more righteous than mere quivering mortals. The Market can never be coercive or unjust; only resentful losers have the effrontery to question its edicts. Hayek insisted that regulated economies cannot work because of the limited and fallible reason of individuals. Neoliberals elevate this epistemological conviction into a political and quasi-religious principle: the “spontaneous order” wrought by the Market must not be violated by human hands. As Mirowski puts it, neoliberals admonish the individual to “surrender your selfish arrogance and humbly prostrate yourself before the Wisdom of the Universe”—i.e., the imperatives of capital.

While advocating deregulation, neoliberals are also forceful proponents and users of state power. Neoliberalism sanctions what amounts to a kind of entrepreneurial feudalism: state services are privatized or reconfigured to operate on a for-profit basis. Reshaped according to a business model, the neoliberal state protects the Market from the interference of democratic politics—understood as a collective and impertinent attempt to outguess the Wisdom of the Universe. Because democratic niceties must be respected, a “double-truth doctrine” becomes essential: a populist charade for the rabble (now staged by Fox News and the business press) in which the Market is the quintessence of democracy, and the deeper truth—revealed only to the cognoscenti—that “spontaneous” order of capitalism needs to be safeguarded by corporate and political elites. Focusing on Hayek, Mirowski emphasizes throughout that neoliberal success depends on what he calls “an optimal allocation of ignorance among the populace,” illustrated most appallingly by the manufactured “debate” over climate change.

The double-truth doctrine’s effectiveness depends on what Mirowski dubs “everyday neoliberalism,” an ensemble of attitudes and practices that turns all of life into a never-ending market. In the neoliberal imagination, the human person is an “entrepreneurial self,” a package of vendible talents and qualities: “a product to be sold, a walking advertisement...a jumble of assets to be invested...an offsetting inventory of liabilities to be pruned, outsourced, shorted, hedged against, and minimized.” Promulgating a “catechism of perpetual metamorphosis,” neoliberalism denies the existence of a “true,” invariant self, and celebrates the “eminently flexible” personality always ready and willing to submit to the Market. Averse to solidarity, the neoliberal self erases class from its political lexicon. Inoculated against empathy, it espouses a punitive sado-moralism toward the poor, the weak, and the unsuccessful. (American Idol, The Apprentice, and other “reality shows” are, in Mirowski’s words, “an unabashed theater of cruelty,” reflecting neoliberalism’s unforgiving attitude toward “losers.”)

Loudly proclaiming its autonomy, the neoliberal self is often cheerfully entrapped in “an invisible grid” of state and corporate gradients. Even its conceits of rebellion are fraudulent: because the line between commodities and everyday life is ever more steadily obscured or erased, dissent or resistance is expressed through purchases that reinforce the authority of consumer culture. Through “murketing”—the art of convincing consumers that they’re savvier than the marketers who manipulate them—we reach the highest stage of what Thomas Frank has called the “conquest of cool,” where everyday neoliberalism eviscerates the meaning of apostasy, insurrection, or revolution.

Although Mirowski appears to be a social democrat, his bleak account of neoliberal hegemony suggests that opposition is futile where it isn’t counterfeit. If political discourse has been so thoroughly cleansed of antagonism to the market, and if marketization itself has seeped into every crevice of our lives, then Thatcher’s ominous ukase—“there is no alternative”—becomes true by reason of default. Mirowski’s trenchant critique of the Occupy movement concludes with the judgment that “protest has been murketed.” In his view, populists such as Sen. Elizabeth Warren are naïve—too square to realize the supple and enormous dimensions of neoliberal guile. Mirowski’s harrowing portrayal of everyday neoliberalism implies that, as Slavoj Zi̬zek often says, it is now easier to imagine the end of the world than the end of capitalism.

Perhaps it’s time for the left to look the fact of historical defeat in its gilded face—not as the first step toward a graceful, melancholy resignation to the rule of money, but as the prelude to the arduous vocation of healing our moral and political imagination. To do that, it will first have to cure its own maladies: the mythology of “progress” it shares with capital, and the aversion to the sacred that renders it incapable of mounting a compelling defense of our dignity against commodity humanism. All that, while enduring the furies unleashed by savage inequality, ecological wreckage, and the decline of American empire. It will have to confront the world as it is: canker’d, crude, superstitious, rotten—and longing.

Eugene McCarraher is an associate professor of humanities at Villanova University. His book, The Enchantments of Mammon, was published by Harvard University Press in the fall of 2019.