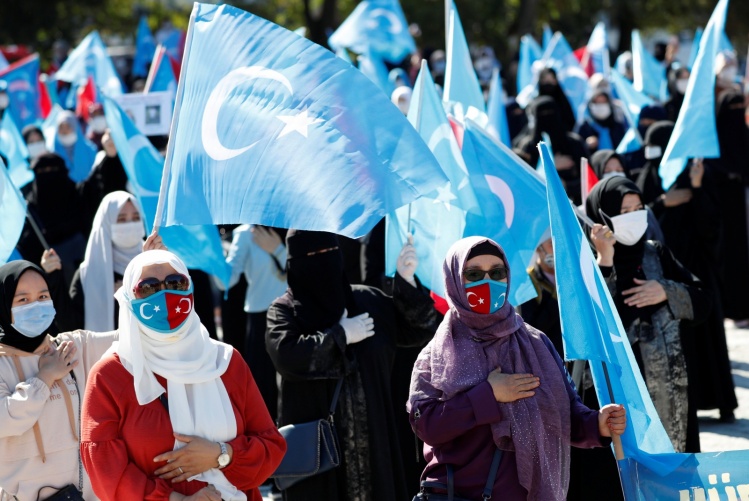 One of the few happy memories Ann would share from her childhood was the time she spent in a Dutch orphanage. She talked about it often—the endless fields of red and yellow tulips that surrounded the place; the Dutch princess who sometimes stopped by to visit; the day trips to Amsterdam to visit the Rijksmuseum. Every time Ann reminisced about her time there, her pale blue eyes would light up her thin, wrinkled face and a small smile would sneak across her lips. Tulips were her favorite flower.

Ann Buchsbaum was already eighty-nine years old when I first met her in 2012, and her body was beginning to betray her. Only a few years earlier, Ann was going to parties in Manhattan, volunteering at her beloved museums, and reading voraciously. Now, she used a walker; her tiny, hundred-pound frame was slightly hunched; and her outings were limited to a three-block radius around our Forest Hills apartment building. Her social circle had been whittled down to her home-health aides and a few hallway neighbors. But Ann still had her stories and an enthusiasm for life. I could never tell if that enthusiasm was genuine or just a habit.

Born to an upper-middle-class Jewish family in Vienna in 1923, Ann was barely fifteen when the Nazis invaded Austria in March 1938. That November, she watched from her bedroom window as the Nazis, alongside her Christian neighbors, set fire to Jewish-owned businesses and destroyed Vienna’s centuries-old synagogues. Kristallnacht—the night of broken glass, as it came to be called—was the moment when Ann and her family knew the only way to survive was to escape. “We could look out the window and see the trucks go by.  Men standing on them...going to Dachau. We knew. Everyone said it didn’t exist. It existed,” Ann told the Center for Jewish History.

Not long after Kristallnacht, Ann’s father was able to get her a coveted spot on a kindertransport out of Vienna to Holland. Fifteen was the cut-off age and Ann just made it; a year older and she would have been ineligible. “If I hadn’t gotten out then, I would have been killed in one of the camps,” Ann once told me. Holland was the country that first saved her life.

When I told Ann that I was making a two-day trip to Amsterdam, my first visit to the Netherlands, she was elated. Because Ann always spoke so highly of the Dutch during the war, I decided to visit the Dutch Resistance Museum, which memorializes Dutch efforts to combat the Nazis during the German occupation of Holland in 1940. The museum was dimly lit—appropriate given that so many Dutch resisters were executed for their efforts. But there was little information about the Jews. Only a small section, relegated to the corner of the museum, mentioned them at all, and that was merely a tangential reference in a story about a one-day strike held by Dutch workers to protest the anti-Semitic laws imposed by the Nazis. Was this all they did? I wondered.

In June 1939, six months after Kristallnacht, the United States turned away a ship full of German Jewish refugees.
sharetweet

“So how was Amsterdam?” Ann asked me after my return to New York.  “It was great,” I said, not wanting to mention my disappointment at the Dutch Resistance Museum. She smiled and nodded enthusiastically: “Yes, isn’t it a wonderful country?” I felt that I had to be honest with her. I recounted my visit to the museum. “Ann, they really didn’t do much for the Jews,” I said, knowing this could shatter her. Seated in her walker, Ann instantly darkened. She looked down at her hands, her bony fingers clenched tightly in her lap. “Yes” she said softly, without looking up. “But they did more than anyone else.”

In June 1939, six months after Kristallnacht, the United States turned away a ship full of German Jewish refugees. The quota of  German immigrants—27,370, set by the eugenics-based 1924 Immigration Act—had already been met. The ship was ultimately forced to return to Europe; of the 937 passengers aboard the St. Louis, 254 of them were killed in the Holocaust. A few months earlier, Sen. Robert F. Wagner and Rep. Edith Rogers had introduced a bill that would have permitted an additional 20,000 German Jewish children to enter the United States. Sixty-seven percent of Americans opposed it, and the bill never made it out of committee. By the end of the war, approximately 1.5 million Jewish children had perished in the Holocaust.

Americans were largely aware of the Nazis’ persecution of the Jews, even during the 1930s. A new project at the U.S. Holocaust Museum, which collects newspaper clippings from that time, reveals that a wide swath of the U.S. press covered the Nazis’ increasingly violent anti-Semitism: the 1935 Nuremburg Race Laws, which stripped German Jews of their citizenship; the forced “Aryanization” of businesses, where Jewish business owners were forced to sell their business at rock-bottom prices to non-Jews; and the 1933 opening of Dachau as a forced-labor camp. Kristallnacht, and President Roosevelt’s public condemnation of it, was also widely covered.

According to The Berlin Mission, a new book by Holocaust historian Richard Breitman, U.S. policymakers knew even more. Consular officers in Germany met regularly with Jewish refugees applying for American visas and also maintaining contact with Nazi officials; it couldn’t have been hard to predict what would come next. In December 1938, consular officer Raymond Geist wrote from Berlin to his superior back in Washington D.C.: “The Germans are determined to solve the Jewish problem without the assistance of other countries, and that means eventual annihilation.” Yet the United States did nothing to facilitate Jewish immigration during those critical years. “Never again,” we tell ourselves today.

The U.S. government has acknowledged the Chinese government’s actions in Xinjiang as genocide. But it has not yet taken any action to expedite Uyghurs’ entry into the United States.
sharetweet

But today the world is confronted with another global power intent on destroying its own people. And again, U.S. sanctuary remains elusive. Since at least 2017, the Chinese government has forcibly detained more than 1 million Uyghurs and other Turkic Muslims, all without due process, in 380 concentration camps in Xinjiang province. Forced labor of Uyghurs, both inside and outside the camps, has been well documented. According to escapees, physical and psychological torture in the camps is common. Multiple women have testified to systematic rape by prison guards, and forced sterilization and abortions are widespread. Satellite images taken in Xinjiang over the past three year reveal the destruction of thousands of mosques, evoking a present-day Kristallnacht.

The U.S. government has acknowledged the Chinese government’s actions in Xinjiang as genocide. But it has not yet taken any action to expedite Uyghurs’ entry into the United States. Fortunately, there is now a bill in the House (and a corresponding bill in the Senate) that could change this. Uyghurs and other Chinese Turkic Muslims would be granted “Priority 2” (P-2) status under U.S. asylum law; as P-2 refugees, they would not have to prove “individual persecution” and would be able to apply directly to U.S. authorities for resettlement. They could therefore bypass the longer, default route of first seeking a referral from the U.N. High Commissioner for Refugees, a national embassy, or an NGO. P-2 status would also enable Uyghurs to apply for resettlement regardless of where they are in the world. And, as the bill makes clear, their entry into the United States would not be counted against any numerical limitation, an important factor since President Biden has wavered on his promise to increase the refugee quota. “As a Jew and as an American, I believe there is a moral responsibility to act,” Rep. Ted Deutch, the sponsor of the House bill, told me. “I’m proud of our country’s storied history of offering refuge to oppressed people, but particularly as a Jew, I’m also keenly aware of our past failures to welcome refugees in time to save them.”

Still, the United States can and should do more. Asylum applications should be expedited for Uyghurs and other Chinese Turkic Muslims currently residing in the country. The waiting period to receive a work visa, which the Trump administration extended to a year (up from 150 days), should be waived for Uyghur asylum seekers. The Biden administration should also provide financial support to recently arrived Uyghurs, in line with past precedent for targets of genocide. In 2018, the Trump administration established the Genocide Recovery and Persecution Response Program to aid Yazidis in northern Iraq. A fund for Uyghur victims should also be established; it could be paid for by leveling sanctions on corporations illegally importing Xinjiang cotton or tomatoes, or other goods coming from Xinjiang. Concrete action taken by the United States would likely have ripple effects in wealthy countries throughout the world, potentially increasing the number of Uyghur lives saved.

On May 10, 1940, one year after the United States refused to admit a boat full of Jewish refugees, the Nazis invaded the Netherlands. Ann had escaped just a few months before; any child still living in her former orphanage was killed in the Holocaust. Every week, the orphanage gave each child a stamp, so they could keep in contact with their parents. Ann used hers to write (in perfect English) to the U.S. consulate in Rotterdam, begging to be allowed entry to the United States. Her gambit worked. In August 1939, Ann was summoned to the consulate; after her visa number was finally called, she learned that the U.S. consular general wanted to meet her. “We need people like you,” he told Ann. Her fierce advocacy had made an impression on him.

Ann was able to survive to the age of ninety-four in part because of luck. She was lucky to be born to an upper-middle class family that had the means to ensure she learned English; lucky that kindertransport took children up to the age of fifteen; lucky that the U.S. consular general read her letters. To end the genocide in Xinjiang, there is a lot the United States and the rest of the world will need to do, especially against a country as powerful as China. Perhaps we will never be able to completely eliminate the element of luck in refugee resettlement. But we can certainly reduce it, starting by ridding ourselves of the glaring inconsistencies in our refugee policies, especially in the face of genocide. Only then will “never again” actually mean something.