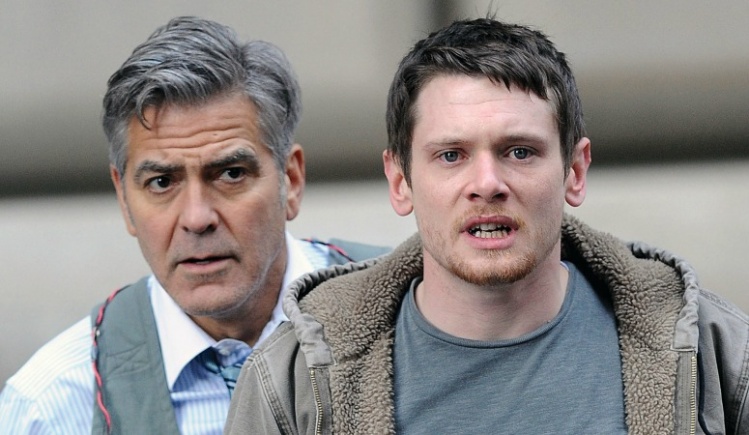 Can a movie be too entertaining? More specifically, can a film that’s trying to convey a social critique be so much fun to watch that it fails to sting? Jodie Foster’s remarkable Money Monster may be a test case. It’s been accused of projecting a muddled message, but its warning about our national and international casino of a financial system seemed explicit enough to me. Still, its subject matter is of such crucial importance to everyone affected by global capitalism (and who isn’t?) that any movie dealing with it should surely rile as well as amuse—should even dare to disturb our dreams. Didn’t Dr. Strangelove achieve that with its farcical nightmare of nuclear destruction? But I walked out of Money Monster thoroughly amused and content and slept soundly that night. Should I have?

The smugness persists even when one of Gates’s choice recommendations, an investment firm called IBIS, suffers what its CEO describes as a computer-algorithm glitch that costs investors $800 million. Man up, Gates tells his audience. So what if you’ve taken a beating? IBIS will be back on its feet and so will you. Now on with the show.

But the show, broadcast live, takes a startling turn when Kyle, a deliveryman who lost all his inherited savings by taking Gates’s advice to invest in IBIS, sneaks onto the set, takes the host hostage at gunpoint, and straps him into a vest wired to explode at the touch of a trigger in Kyle’s hand. Kyle doesn’t demand his money back; he just wants a televised pulpit from which to vent his outrage. As the show continues live, Kyle’s anger mounts and police snipers take their positions.

Money Monster’s scriptwriters (Alan Di Fiore, Jim Kouf, and Jamie Linden) provide the plot with an ingenious gimmick. Like most TV hosts, Gates wears an earbud, through which his director and former lover, Patty (Julia Roberts), continues to feed him information and advice during the ordeal. Sometimes he heeds her advice; just as often he ignores it. Kyle has his weapons and his outrage; Lee has media savvy, quick wits, Patty’s advice, and sheer survival instinct. Who will manipulate whom? And which man will more fundamentally raise the awareness of the other, as Kyle’s outrage begins to crack Gates’s self-satisfaction, while Gates’s insider knowledge—greatly expanded by Patty’s ongoing investigation of IBIS’s malfeasances—begins to suggest to Kyle a means of finding justice. This aspect of the movie is riveting: the suspense never slackens and manages to leave room for comedy, pathos, and even a touch of romance, as Lee’s dependence on Patty reawakens his love for her. (To Foster’s credit, the romantic element is subdued and never sticky.)

In fact, under Foster’s direction, everything works: the lithe camerawork by Matthew Libatique, Matt Chesse’s seamless editing, and above all the cast. Nobody does charm, sincere or appropriately insincere, like George Clooney. Julia Roberts’s serenely strong heroine puts one in mind of the great Katharine Hepburn. Irish actor Jack O’Connell never allows Kyle to become so menacing that we lose sympathy for his plight. As a CCO in charge of public relations, Caitriona Balfe (best known from the TV series The Outlander) unfussily suggests how a surface coldness can mask an underlying sense of justice.

So what’s not to like about Money Monster? Nothing. It’s completely likable. But its very likeability is a limitation. The film starts out as an angry exposé on how, hidden from public view, international business leaders can meddle illegally in a country’s public affairs to the ruin of citizens unable to grasp what caused their ruin, much less resist it. Kyle’s outrage isn’t originally about any crime; he’s not even sure a crime has been committed. As far as he knows, it’s the entirely legal operation of the financial system that has ruined him, and he wants to protest by denouncing Gates, whom he regards as a shill for that system. But as the plot unfolds, it becomes clear that one person is to blame for the IBIS “glitch,” and Lee and Kyle, now working together, will expose and punish that villain. The implication is that, once this one rotten apple is removed, the rest of the barrel will be fine. Is that really what the creators of this film intended to say?

That the source of evil in Money Monster is ultimately a single villain doesn’t entirely invalidate the film’s implicit critique of the global financial system. After all, if one villain is able to take advantage of it, doesn’t that indicate a systemic weakness? But melodrama has its rules: when we pity Kyle, our pity is being moved by one particular, egregiously foolish sap, just as our righteous anger is stirred by one particular, egregiously callous financier. And it is the crude but irresistible logic of melodrama to make us feel that, once a particular villain is punished, order is restored and all is right with the world. Maybe that’s why I walked out of the theater so satisfied that evening and so unsatisfied the morning after. I woke up feeling that this movie was a well-oiled pleasure machine rather than a trenchant critique.

Yet that’s not quite fair. For Money Monster has another theme, which it treats more seriously. As the movie clearly indicates by referencing O. J. Simpson’s famous televised highway chase, the dangerous, potentially lethal hostage situation soon becomes merely a part of the ongoing, all-encompassing entertainment scene. At first, the program’s audience thinks it’s just one more Lee Gates stunt (“Is this for real?” a voice calls out toward the TV in a crowded bar) to promote his show. But even after everyone realizes what’s going on, most are amused and beguiled, not appalled. And when, near the film’s conclusion, Lee and Kyle take to the crowded Manhattan streets with both their lives in danger, people on the sidewalks are cheering, jeering, dancing, and catcalling as if they were at a sporting event. And, as far as they’re concerned, they are. There’s one fleeting but unforgettable close-up of Clooney as he realizes he’s now a freak on display rather than a master of the media universe. The best thing in Money Monster is the awareness of Jodie Foster and her collaborators that so much of public life is turning into sheer spectacle, and that so much of that spectacle is coarsening our souls and warping our judgment.