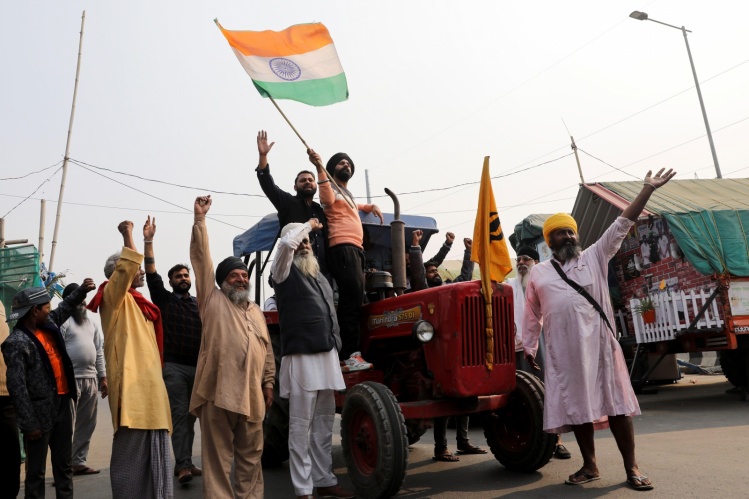 One of the most remarkable protest movements in the past hundred years ended a few weeks ago in India with a stunning victory. After more than a year of nonviolent demonstrations, the country’s farmers succeeded in forcing the repeal of three laws that would have deregulated India’s agriculture sector and allowed major agribusiness conglomerates to buy up massive tracts of farmland.

For most people here, the sight of Narendra Modi, India’s prime minister, apologizing on national television for his failure to win over the farmers was strange. Modi is well known for never backing down—it is part of his political appeal. But this time he had little choice. Elections in several key states are around the corner, and Modi’s Bharatiya Janata Party (BJP) has been doing poorly in the polls. After dramatic defeats in West Bengal, Tamil Nadu, and Kerala in May, the leaders of the BJP are genuinely worried. Losing the country’s largest state, Uttar Pradesh, which till now has been solidly pro-BJP, could bring the party’s rule to an end.

That could still happen. Uttar Pradesh has a huge agricultural population and in spite of the BJP’s effort to discredit the farmers’ movement, support for it in the state has grown dramatically during the past year. It was recognition of this fact that likely prompted the government’s capitulation, but the response from the protestors was a strange combination of triumphant celebration and suspicion.

After the announcement that the three laws were to be repealed, the government expected that the farmers who had camped in Delhi for the past year would simply pack up and go home. The farmers never even considered it. They celebrated their victory with sweets, music, and dancing in the streets, but they refused to go home until Parliament made it official. They had no faith in Modi’s promises.

Their cynicism was well founded. The passage of these laws back in September 2020 had been a spectacle even for India, where parliamentary fistfights are not uncommon. The voice vote on the three laws could barely be heard over the shouts of rage from the opposition, and the preordained decision was rammed through without discussion.

In response to the protests that erupted immediately, the government did all it could to malign the protesters, claiming they were actually terrorists who wanted an independent Punjab (the country’s most prosperous farming state). When this failed, the government attempted to discredit the movement’s leadership, incited violence during Republic Day celebrations, blocked roads to prevent more farmers from coming into Delhi, removed toilets and cut off water and electricity in the campgrounds, and used tear gas and water cannons against peaceful protesters. Over the course of the year’s protests, some six hundred farmers died of various causes. The final straw came when the son of a BJP official deliberately drove his car into a group of farmers marching on the highway, killing four and injuring several others

Many Indians believe that the country’s farmers are its last real hope for sustainable development and perhaps the only group capable of putting big business in its place.
sharetweet

The government’s inability to gauge the mood of the electorate has startled even its critics. For many years the BJP’s strategy of simply repeating lies has been surprisingly successful. In spite of a failing economy, a disastrous response to Covid, increasing violence at all levels of society, and social divisions rivaling those that existed at the time of Partition, the BJP has continued to enjoy an impressive level of public support. But its missteps with the farmers’ protests may be its undoing.

The discipline and creativity of the movement, as well as its consistent nonviolence, has evoked admiration, affection, and even awe here in India. Within days of its camps being established on three of Delhi’s borders, the farmers erected massive kitchens to feed the thousands and thousands of protesters. Toilets and showers were set up as well as charging stations for cell phones and laptops. To counter fake news in the media, organizers began publishing a biweekly newspaper, Tractor Times. Bulletins were shared on official Twitter handles and Instagram accounts.

The government’s denunciations of the protesters flew in the face of what people were actually observing. On a trip to Punjab in November, three weeks before the laws were repealed, my husband and I witnessed firsthand the level of public support for the farmers. India is not a bumper-sticker country, but we lost count of the cars emblazoned with signs reading “No Farmers, No Food.” In the homes of friends we stopped to visit, we heard stories of heroic sacrifices by farming families and assurances of an eventual victory.

After the laws were repealed, we called those friends to see what they were thinking now. They were happy but also wary. They were certain it was an election stunt, decided with little thought and zero planning. A strategic, reasoned response, they said, would have included meeting with the farmers and the chief ministers of the states involved and coming up with an alternative plan. Modi, they pointed out, had yet to meet face-to-face with any opposition leaders, let alone with a single farmer. One of our friends who is a farmer said, “Who knows what tricks the prime minister will play after the election?”

Business and industry leaders are unhappy about the repeal, and the government will soon have to face the consequences of its noncompliance with the World Trade Organization’s free-trade agreement, which India signed in 2003. That agreement requires India to remove all government supports (such as the provision of free electricity and the guarantee of a minimum price for certain crops) and to allow big corporations like Walmart and Reliance a free hand in the country’s agricultural markets by 2020.

In any case, all the repeal has done for now is to return farmers to the status quo ante, which was miserable. The vast majority of them were barely eking out a living, often unable to recover their investments, let alone make a profit. Suicide remains alarmingly common among Indian farmers. The farmers themselves say that what they need is more markets closer to their farms, a minimum support price for their produce, training in practices like crop rotation, natural fertilizers and pesticides, and the promotion of agricultural cooperatives. None of this would be popular with the agriculture industry. But many Indians believe that the country’s farmers are its last real hope for sustainable development and perhaps the only group capable of putting big business in its place. 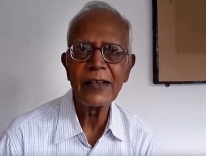 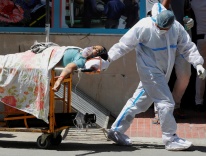 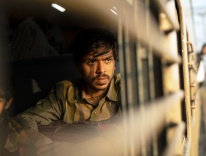