How should the hierarchy respond to whistleblowers?
By Brian Devlin
Clericalism
Laity
Sexual-abuse Crisis 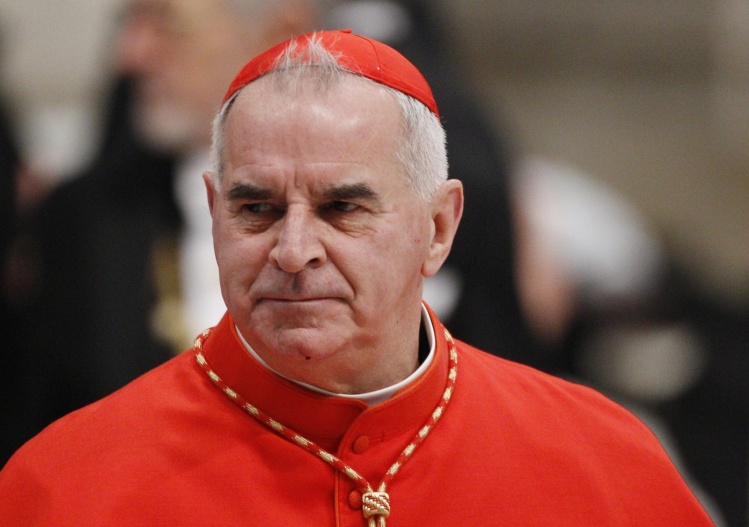 When four whistleblowing priests in Scotland went public over the sexual hypocrisy of Cardinal Keith O’Brien in 2013, it resulted in his being prevented from attending the conclave that elected Pope Francis and ultimately in his removal as leader of the Archdiocese of St. Andrews and Edinburgh. I was one of the whistleblowers. When we sought a meeting with O’Brien’s successor, I remember keenly his obviously rehearsed instruction to us: the Vatican’s view was, “We are done here.” In reality, the removal of the cardinal was the beginning, not the end, of what was to become an important change in the way Church authorities deal with the malfeasance of high-ranking members of the hierarchy, including previously untouchable cardinals. The Catholic Church in Scotland—and later in the United States with the Cardinal McCarrick case—felt the power of whistleblowing in action. But what, exactly, is whistleblowing? How does it help the Church? And what can the Church do to make sure it has the proper effect?

As a whistleblower, I can attest that the act itself can occasion a terrible case of imposter syndrome. You’re constantly asking yourself—because you know you are likely to be asked by others—“Who do you think you are?” There is a passage in the Book of Amos where Amaziah, the priest of Bethel, tells Amos to back off. We’ll not be having any of that stuff going on here in the royal sanctuary. Amos replies, “I was no prophet, neither did I belong to any of the brotherhoods of prophets…. I was a shepherd and looked after sycamores: but it was Yahweh who took me from herding the flock.” God himself asked this of Amos. The first thing that the Church, as well as the whistleblower, must do is discern the motivation of those who speak out. In the cases of O’Brien and McCarrick, the motivation of the whistleblowers was not to “out” an elderly gay cardinal. Why would we want to do that? There are plenty of those. No, our aim was to prevent the further abuse of power by men at the head of a Church that claims to be holy.

The behavior of both men was widely known before their stories became public. Yet Church authorities had remained silent when victims brought allegations of clerical malfeasance—in our case, via sworn testimonies written to the nuncio. The degree to which papal nuncios and the Congregation of Bishops tolerated such behavior still requires investigation. But their icy silence has a purpose: it is intended to intimidate, to put victims and whistleblowers in their place. You are, from their point of view, just a keeper of sycamores.

Outside the Church such failure to respond would be completely unacceptable. It would be regarded as piling further abuse onto people who have already been traumatized. Church authorities need to adopt a universal set of standards that govern precisely when, and in what form, they will respond when allegations are made. These standards should be written with the help of lay Catholics who have experience supporting and protecting whistleblowers in secular society. If my own views were sought, I’d recommend that any Church official to whom an allegation of misconduct is sent acknowledge it within twenty-four hours and then come up with an initial plan for addressing it within three days. This would demonstrate that the allegation is of urgent importance to the Church.

I also recommend that whistleblowers feel no shame about bringing their grievances to the press when they have exhausted internal processes and met with either active resistance or indifference. Many of the faithful now recognize the internal machinations of the hierarchy and its tendency to suppress damaging revelations as akin to the omerta of organized crime gangs.

The authorities would do well to heed a presentation given by Archbishop Charles Scicluna on February 21, 2019. Though talking specifically about clerical child abuse, his comments apply more widely: “As shepherds of the Lord’s flock, we should not underestimate the need to confront ourselves with the deep wounds inflicted on victims of sex abuse by members of the clergy. They are wounds of a psychological and spiritual nature that need tending with care.”

Our default as a Church must be to support whistleblowers rather than to impugn their motives.
sharetweet

Let’s talk about the ethics of whistleblowing. Ethical decision-making is about measuring actions against often competing principles. In the O’Brien case I found myself having to assess whether going public would do more to help the Church than to hurt it. And I had to search myself. Was there a residual hunger for revenge motivating me? In the end that process of discernment led me to the ancient principles of justice (righting wrongs) and veracity (telling the truth, like Amos). When those are the real motivations, then whistleblowing must be seen as an ethical action, no matter how uncomfortable it makes the wider organization. Until recently, too many bishops justified moving priests known to have abused children to different parishes on the grounds that the highest priority was to avoid scandalizing the faithful. If we are to put that mindset permanently behind us, then our default as a Church must be to support whistleblowers rather than to impugn their motives.

Since the publication of my book, Cardinal Sin: Challenging Power Abuse in the Catholic Church, I have been approached by a number of laypeople and priests who have told me that the archdiocese O’Brien once led is now rife with bullying, intimidation, and clericalism. It would appear one kind of abuse of power has been replaced by another. The bullying of “lower” clergy by other clergy higher up the ladder is not new, but it is seldom discussed. Though less conventionally scandalous than the sexual abuse of seminarians and younger priests, it nevertheless creates a toxic environment for those in ministry.

Seven years after the O’Brien case became public, the Social Care Institute for Excellence (SCIE) reported the findings of its independent audit into the safeguarding of children and adults in the Archdiocese of St. Andrews and Edinburgh. The report concludes: “While there are clear improvements in the processes, there has not been the same progress in achieving a rebuilding of trust and relationships to allow a safeguarding culture to flourish.” The archdiocese appears to have rejected a God-given opportunity to replace a culture of hypocrisy with one of humility.

Some diocesan processes have improved, thanks to the input of skilled laypeople, yet calls for greater transparency in governance have gone unanswered. The report that sealed O’Brien’s fate, written following an investigation by Archbishop Scicluna, has never been shared with the victims of O’Brien’s abuse. This stands in stark contrast to the comprehensive report on McCarrick, which was released to the public. The Church can be transparent, but in the O’Brien case, it doesn’t want to be. In this, we see the same mean culture of self-preservation that led to so many cover-ups and quiet reassignments. I have no doubt this culture extends well beyond the Archdiocese of St. Andrews and Edinburgh. Why wouldn’t it? One priest, choosing his words carefully, told me, “It’s evil, Brian. That’s the only word I have to describe it.”

Members of the laity who have skills in these matters should be commissioned to work with bishops’ conferences to produce clear, binding policies on whistleblowing and inter-clergy bullying, just as they have for safeguarding. However, we all know that bad institutional cultures eat new policies as a snack. The culture that pervades the Church remains too often one of over-deference to clerical power. And that cannot be left to fester. It is deeply un-Christian and will undermine the real procedural progress that has been made. Whistleblowers in the Catholic Church must never be punished for following their prophetic calling. Bishops—and those they choose to appoint to senior positions—who try to punish whistleblowers must be investigated by the Holy See and subject to formal due process. The motu proprio Vos estis leaves operational choices to the diocese, “and these may differ according to various cultures and local conditions.” This is a prudent position since, as a Commonweal editorial argued, “In places where Catholics are a persecuted minority, [the automatic reporting of priests to the police] would do little to ensure justice—and perhaps put the lives of priests at risk” (“Francis Follows Through,” June 2019). However, such local discretion needs constant and independent audit. We can no longer trust bishops to grade their own homework.

I’m an Irish Scot. We use the word “minding” a lot. “Who’s going to mind the child?” or “Who’ll mind the place when I’m dead?” It means “caring” or “nurturing.” In a Church that often seems to be teetering on the brink of irrelevance, we must ask the laity to help “mind” the Church. To really nurture and care for it. This means being very brave in our faith. It means standing up to the bishops who have poisoned the well we Catholics drink from. It means adopting a stance akin to that of the civil-rights movement. Unhealthy cultures must not go unchallenged. As Pope Francis wrote in his “Letter to the People of God” in August 2018: “[The victims’] outcry was more powerful than all the measures meant to silence it, or [that] sought even to resolve it, by decisions that increased its gravity by falling into complicity. The Lord heard that cry and once again showed us on which side he stands.”

Brian Devlin is author of the recently published Cardinal Sin: Challenging Power Abuse in the Catholic Church (Columba Books). He left the priesthood following the ordination of Keith O’Brien as archbishop of St. Andrew’s and Edinburgh. He went on to become director of corporate affairs in a National Health Service Board in Scotland. 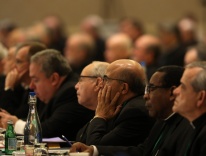