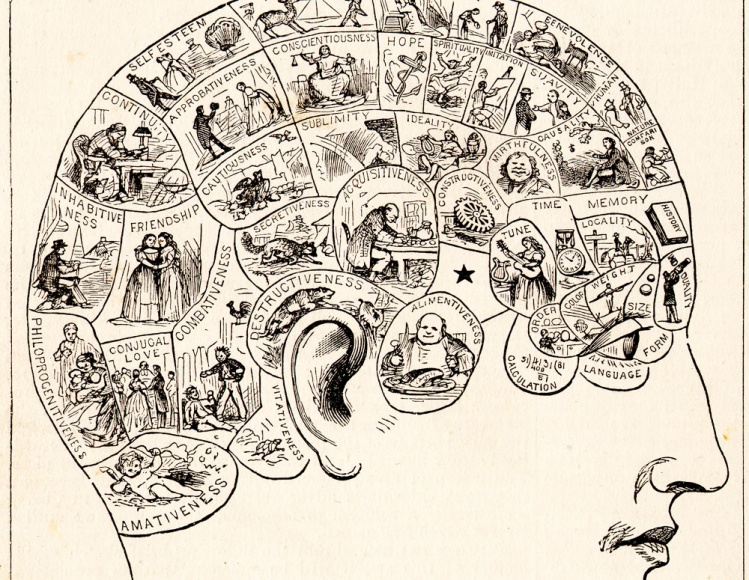 David Bosworth’s Conscientious Thinking is a book that approaches America’s problems not by pointing to economic injustices, social pathologies, or (as Bosworth himself did in his 2014 book The Demise of Virtue in Virtual America) a crisis of moral character. Instead, as its title suggests, Conscientious Thinking focuses on the way people think—and not just any people, but America’s professional elite. Bosworth argues that, as a whole, this class has become habituated to an antisocial way of thinking that has caused untold harm in every realm of society. He calls this way of thinking “idiotic savvy.” That may sound like an oxymoron, but Bosworth is using the word “idiotic” in a sense related to its Greek root, idios, which denotes the private or non-social. Bosworth’s proposed remedy to idiotic savvy is a new “conscientious” way of thinking that takes proper account of how one’s personal choices affect society.

Everyone seems to agree our elites have become a problem. What we can’t seem to agree on, however, is just which elite is most to blame. The morally reprobate but culturally influential Hollywood elite? The Washington swamp? The Davos crowd? Wall Street? Silicon Valley? The USCCB? At first glance, Bosworth’s thesis appears to dovetail with the current populist mood in our culture. But Bosworth isn’t exactly a populist. He doesn’t attack elites merely because they have power, but because they are cultural bellwethers who have “reflected and advanced a species of intelligence so self-enclosed that it was losing sight of reality.” This dubious species of intelligence is what he means by “idiotic savvy,” and those who exemplify it he terms “idiot savants.” They are a “class of high achievers who can invent, manufacture, and market powerful ideas like the automobile and the Internet without a clue as to the imminent radical impact on communal life.” This class includes the technicians in charge of the modern liberal state that James Burnham called “the managerial elite” and that James K. Galbraith dubbed “the technostructure.” But it also includes “artists, scientists, and entrepreneurs [who] can create products of increasing vulgarity, violence, or toxicity”—for example, the solipsists who designed profitable and sophisticated investment schemes that brought the economy to the brink of ruin ten years ago. They are intelligent (hence “savvy”) people who can’t think properly about the consequences of their ingenuity.

Bosworth has published poetry and fiction, and he currently serves as professor of creative writing at the University of Washington. Perhaps his literary background explains why he approaches his theme through examples rather than generalities, by examining the careers of “representative men”: captain of industry Henry Ford, painter Andy Warhol, scholar Harold Bloom, and technologist Nicholas Negroponte. Ford was a man of many accomplishments, but he also had a dark side. He created “the affordable car, the first five-dollar-a-day-wage, and the first employee profit plan,” but also infamously said that “history is bunk,” published anti-Semitic screeds (e.g., The International Jew), and used his prestige to promote The Protocols of the Elders of Zion. His Greenfield Village was a “living history” museum that allowed him to indulge his reactionary fantasies about a wholesome American past. Ford seemed blind to the fact that the traditional small-town way of life he idealized was being “actively undermined by the product he sold.” 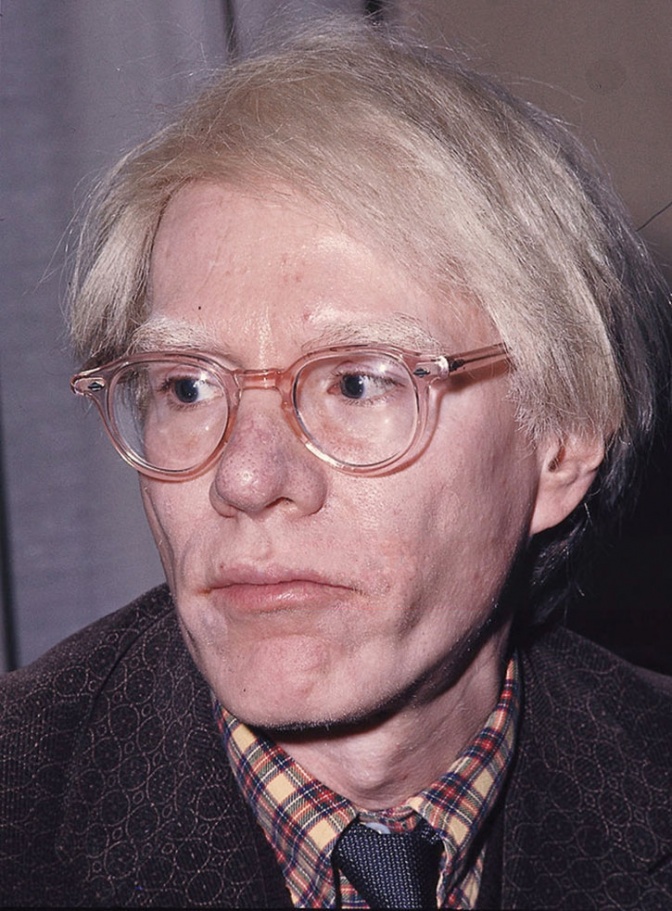 Andy Warhol and Harold Bloom are Bosworth’s examples of idiotic savvy in the realms of art and culture. In Warhol’s attempt to discover his own voice and find a way past mid-century abstract expressionism, he extended the logic of the marketplace from the art market into the artwork itself, celebrating salesmanship and consumerism over contemplation and replacing the “quality of evaluation” with the “quantity of attention.” What had been a haven from American commercialism became just another division of it. The effect was to impoverish the culture at large. Bos-worth argues that Bloom’s attempt to rescue the great books of the Western Canon from the claws of historicist, postcolonial, feminist, and other postmodern schools of criticism have ended up sundering the link between literature, on the one hand, and morality, society, and politics, on the other. He “segregate[s] beauty from meaning.”

In 1985 the architect and computer scientist Nicholas Negroponte became one of the founders of the MIT Media Lab, an interdisciplinary research laboratory with a special focus on artificial intelligence. In Negroponte’s words, the lab has the mission “to seize the design initiative—‘invent the future’…using computer technology to personalize and deeply humanize absolutely everything.” Thus, in Bosworth’s scheme, Negroponte represents the imperialism of scientists who want the scientific method to become the sole means of obtaining knowledge and ratifying human values. Bosworth points out that Negroponte’s lofty mission statement was followed by theorizing about projects that would employ artificial intelligence for the sake of creating “friends” for human counterparts, or would even allow human beings to upload their minds into intelligent machines. Bosworth is particularly exercised by the work of Hans Moravec, another scientist working in the same field, who believes that “we will eventually duplicate our selves [sic] by downloading our minds into computers.” The real effect of such technology, Bosworth argues, would be to dehumanize our minds, reducing them to dimensions determined by software engineers. It would be an existence anticipated by Hamlet: “I could be bounded in a nutshell, and count myself a king of infinite space.”

In fact, this line from Shakespeare nicely encapsulates the point Bosworth wants to make about all his idiot savants. They are geniuses who, instead of using their talents to make the world better for everyone, become obsessed with a project for its own sake, retreating into themselves in order to pursue it and oblivious to its negative effects on those around them. Starting with his four case studies, Bosworth draws parallels with other figures engaged in the same idiocy. He links Ford’s “history is bunk” with Fukuyama’s “end of history” thesis, Warhol’s pop art with the narcissism of some contemporary artists, Negroponte with other messianic technologists. (He fails to show how Bloom is emblematic of any kind of trend in literary studies.) The reductive worldview of the idiot savants also limits their capacity to make positive value judgments. They often respond to this limitation with a tendency to conceive of values in quantitative terms—what Bosworth calls “quantiphilia.”

Bosworth is more original and persuasive when he abandons his philosophical pretensions and follows his literary instincts instead.
sharetweet

Bosworth lays much of the blame for idiotic savvy on René Descartes and Francis Bacon. A “marriage of Cartesian philosophy to Baconian intention” has “not only designed America’s industrial economy and formal government” but also guides “the informal governance of our everyday lives.” But finally it is Descartes’s philosophical method rather than Francis Bacon’s scientific method that looms largest in Bosworth’s argument. The Cartesian method isolates the self from the outside world, attempting to lay the foundations for scientific, metaphysical, and moral knowledge not on experience or tradition, but on a single self-evident truth: “I think therefore I am.” Descartes insists that one must not accept any truth claim unless it can be represented by ideas or images that are “clear and distinct.” In his Discourse on the Method (1637) and Meditations on First Philosophy (1641), he puts aside all his knowledge of previous philosophical traditions in order to start from scratch. That is to say, he deliberately isolates himself.

Since Bosworth makes Descartes the spiritual grandfather of his idiot savants, you might think he would offer an alternative to the Cartesian epistemology he regards as so disastrous. But he doesn’t do this. In a chapter titled “Conscientious Thinking: Alternatives to Modernity in the Wake of Its Demise,” which appears to promise an entirely different way of thinking, Bosworth does no more than offer up a handful of practical suggestions for better thinking. Later chapters record the ways in which the natural and social sciences, as well as various cultural trends, are turning toward a more “conscientious,” less isolating direction, but they don’t really engage with Descartes, either.

Many of Bosworth’s suggestions for better thinking are merely common sense. He repurposes the Waspish adage “mind your place” to remind the reader that our selves are situated in history and rooted in a specific culture. He takes a shot at John Locke: “no more ‘clean slates.’ No more presuming that the new must exclude [read: exterminate] the old.” He argues that we must abandon the “fantastic presumption that all human problems can be solved with certainty.” Commenting on current conditions, Bosworth argues that the surfeit of information afforded by the Internet must be met with “a new grammar of expression to shape and direct it.” He decries both fundamentalism and postmodernism.

Bosworth is more original and persuasive when he abandons his philosophical pretensions and follows his literary instincts instead. Conscientious thinking, he argues, must rely more on “metaphorical thinking” than on “irrefutable and isolated fact.” Metaphors are creatures of relation, not isolation: they bring disparate chunks of reality together and thereby help avoid the idiocy of the limited perspective. Bosworth repeatedly cheers for Homer against Plato, arguing that “a more conscientious thought will develop new heroic myths and populist parables that, by accurately minding our postmodern place and reuniting our intellectual and emotional intelligences, will better guide our collective choices.”

There is nothing very original about Bosworth’s attack on the rationalism of Western culture. The twentieth century was full of thinkers who tried to discover a new way of thinking that would overcome the Cartesian sundering of self and world. The phenomenology of Edmund Husserl, Martin Heidegger, Jean-Paul Sartre, and Maurice Merleau-Ponty tried to return philosophy to “the things themselves,” to the human experiences of the body, emotions, and the world. The Thomist Jacques Maritain claimed that most post-Cartesian philosophy was closer to sophistry than to true philosophy—the contemplation of being itself.

Yet the patterns of thought and behavior that Bosworth describes are common enough that his book is helpful for understanding our times. In this, it is reminiscent of the work of Marshall McLuhan. Like McLuhan, Bosworth loves neologisms. Like McLuhan, he loves to quote from the English literary canon. Conscientious Thinking is stuffed with lines from Milton, Shakespeare, Hazlitt, Carlyle, Burton, and Wordsworth. And like McLuhan, Bosworth is able to give us new tools, what McLuhan called “probes,” which allow us to better understand our cultural environment. I’ve already mentioned one example of this: Is there a better word for the curious phenomenon of industrialized academic work, which compels professors to churn out an increasingly unreasonable amount of peer-reviewed articles and books for a readership of negligible size than quantiphilia? And what could we call the designers of Facebook, who used the internet to reconceive of friendship and society in a way that was able to make them hundreds of millions of dollars, but which also had the unintended (but medically documented) effect of making large numbers of Americans miserable and anxious? “Idiot savants” sounds about right.

What Do the Mapuche People Want from Chile?