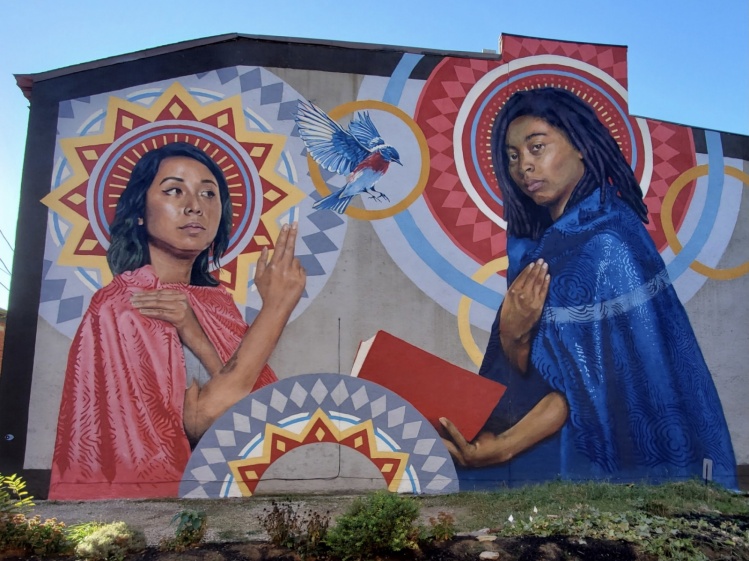 Editors’ Note:  We’ve devoted a set of articles to examining Catholic religious communities today. Despite the impressive variety of these communities, some common themes emerge: the importance of a shared prayer life; the difficulty of adapting to new circumstances; the relationship of community to place. To read all the articles, see the entire collection, The Varieties of Religious Community Today.

Pope Francis’s call for all of the baptized to be part of the upcoming synodal process has been inspiring to many Catholics, if frustrating for those who feel their bishops could be doing more to get things going. But in bringing forward the voices of the lay faithful, the Holy Spirit hasn’t waited for the hierarchy. The Church believes in this inspired renewal so deeply that it has extended specific recognition to the International Associations of the Faithful: “Even a cursory glance at the history of the Church reveals the magnitude of the work performed by these associations at crucial moments in its existence, and the wealth of charisms generated in all ages by lay movements created for the renewal of the Christian life.” The International Organization of Marianist Lay Communities is one such organization.

I have never been a parish Catholic as an adult, although the local parish was where I seemed to spend most of my time until the age of eighteen. Living in Corpus Christi, Texas, we often attended daily Mass and first Friday Adoration, as well as Marian rosaries and special events. By the 1980s, I was well versed in the post–Vatican II Church and was even part of our diocesan Tercer Encuentro team (and at age ten, the only kid). In El Paso, where I spent summers before moving there when I was thirteen, I was influenced by a young and brilliant pastor at St. Pius X Catholic community named Arturo Bañuelas. When I spent time at my grandmother’s home and we couldn’t get to church, we’d watch a televised Mass from the cathedral in San Antonio, celebrated by Fr. Virgilio Elizondo. I would be greatly influenced by these founders of the Academy of Catholic Hispanic Theologians of the United States (ACHTUS)—yet it wasn’t a Catholic Hispanic parish where the Holy Spirit led me.

Instead, I found the Marianists. It began in my senior year of high school with a visit to the campus of St. Mary’s University in San Antonio. Within minutes, I knew that this place was calling me. A sophomore named Nancy took me under her wing, bought me lunch, and told me about the residence hall she lived in—a Christian Life Community (CLC) hall. When I returned that fall to begin my freshman year, I joined a CLC, and through weekly meetings grew to know Br. Roger Bau, our Marianist mentor. The following summer, I was asked to participate in a program called “Explore Marianist Life” with the Marianist Sisters. Their limitless energy was inspiring, but I did not have that vocation. Still, I had made friends with the sisters (some of whom are still part of my daily life), and between them, the CLC, and a group of lay Marianists, my Marianist world kept expanding.

Upon graduation, some of us started our own Marianist group, which we thought quite renegade. Little did we know that we were actually doing what lay people living the Marianist charism had been doing for some two hundred years. We were now part of the same tradition that had been gifted by the Holy Spirit in 1800 in Bordeaux, France. Known as the Bordeaux Sodality, this original group of twelve members included a “maker of playing cards, teachers, students, shoemakers, hatters, and salesmen.” Today, groups like these, living out that tradition, are gathered loosely within the International Organization of Marianist Lay Communities, whose “members strive to be strong in the faith and persevering in hope; to accept Mary as their Mother, model and teacher.” (In the United States, these groups are considered part of the Marianist Lay Communities of North America.)

The Marianist family has been a profound gift for me. I am a Catholic theologian with a contentious relationship to the hierarchy, but even on the days I question my spiritual ties to the Church, the Marianist charism has helped me find a place in Catholicism. The charism includes a concept known as “mixed composition,” which dates to the French Revolution, when the persecution and expulsion of priests required lay people to take the lead in Catholic communal life. Fundamental to the idea of mixed composition is that everyone has a place, and that everyone has gifts to bring. Thus, leadership is shared, and no individual member will always be in leadership or maintain complete power. This has allowed many different kinds of communities to form, with baptized and unbaptized coming together to speak with one another. Some might disagree, but I believe this flexibility allows people who have yet to meet all the stringent rules of Catholicism to explore being Church.

The fluidity, smaller size, and highly relational aspects of Marianist lay communities can also help respond to needs more quickly than is possible under the slower moving diocesan model. The Marianist Social Justice Collaborative, which began in 1998 as a way to promote education and action for social justice within the Marianist Family, is one example; another is the Mission of Mary Cooperative, which advocates for and partners in sustainable urban development in Dayton, Ohio. Though these are more organized efforts, they nonetheless highlight the call of every Marianist lay community to be in permanent mission with both gathered and sent. While I will probably continue to question my relationship with the institutional Church, I know that with Mary as a model, the Marianist family will continue to listen to the needs of the world and its people. 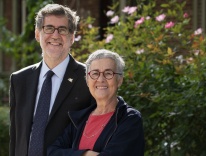 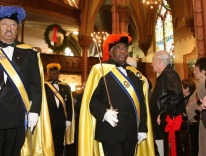