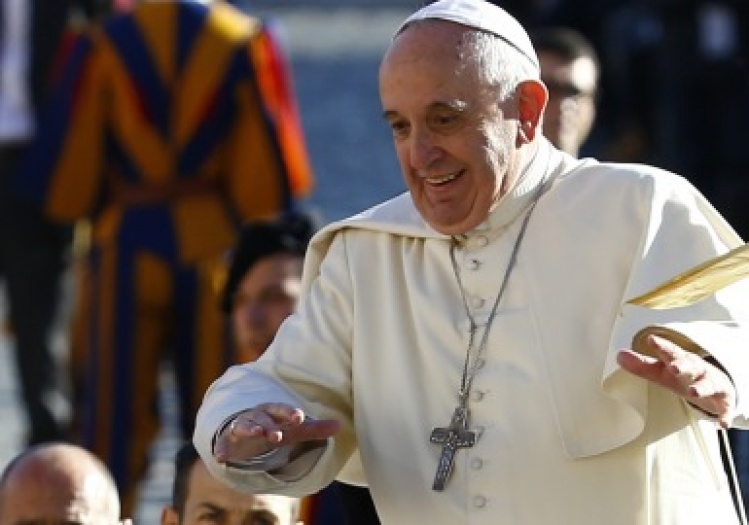 Pope Francis is going to be racking up the frequent-flyer miles over the next few months, starting this upcoming Tuesday with a day trip to Strasbourg, France. It will be a two-part visit to the European Parliament and the Council of Europe, constituting the briefest foreign journey in papal flight history. The Pope will spend less than four hours on the ground during what is also going to be his first trip within Western Europe (save Italy) since becoming Bishop of Rome. Expect him to speak about the role he believes the Old Continent should be playing in the Church and the world today. Papa Bergoglio will be back at the Vatican for only two full days after Strasbourg before he again boards an Alitalia jetliner and heads to Turkey. The highlight of that three-day sojourn will be a visit to the Phanar, the Istanbul home of the Ecumenical Patriarch of Constantinople, Bartholomew I. The Pope will attend the Divine Liturgy for the Patriarchate’s Thronal Feast of St. George and he and Bartholomew will sign a joint declaration, pledging to work for Christian unity. The next papal trip doesn’t come until after the Christmas holidays when history’s first Jesuit Pope will be flying the friendly skies to East Asia for a seven-day tour of Sri Lanka and the Philippines. As always, some seventy journalists and media technicians will accompany him on each of these travels. The ticket for a seat in the back of the papal plane remains costly. The day-hop to Strasbourg, only 500 miles from Rome, is US$1,600. In comparison, the long weekend in Turkey—twice the distance—seems a bargain at $1,800. And the week-long Asian journey costs roughly $5,000 per journalist. That is actually a better deal than the $7,000 the journos paid to go with him to Rio de Janeiro last year, a destination nearly 2,000 miles closer than Manila.

There’s been a lot of speculation the past several months that Pope Francis is willing to expand possibilities for ordaining married men to the Catholic priesthood. Austrian-born Bishop Erwin Kräutler, head of a diocese in the Brazilian rainforest, said last April that Francis told him he’d be open to married priests for particular regions or nations if there were consensus among the bishops of the area. A small stream of married clergymen from other Christian churches have been allowed to be ordained Catholic priests over the past few decades, especially with the establishment of the Anglican Ordinariate. This has always angered Byzantine Catholics in places like the United States, Canada, and in other places considered the “diaspora” (outside their original Eastern Rite territories), because the Vatican has forbidden them from following their unbroken tradition of ordaining married men. It was thought be a scandal in places where celibate, Latin Rite priests were the majority. Not anymore. Pope Francis has lifted the ban. The only provision is that the ordaining Eastern bishop must consult with his Latin Rite counterpart.  Why did the Holy See impose it in the first place? The U.S. archbishops asked for it back in 1893. “It is the solemn judgment of the Archbishops of the United States”—says the minutes of their Fourth Annual Conference—“that the presence of married priests of the Greek rite in our midst is a constant menace to the chastity of our unmarried clergy, a source of scandal to the laity and therefore the sooner this point of discipline is abolished before these evils obtain large proportions, the better for religion, because the possible loss of a few souls for the Greek rite, bears no proportion to the blessings from uniformity of discipline.” The conference vote for uniformity, under the leadership of Cardinal James Gibbons of Baltimore, was unanimous. Plus ça change?

Religious tourism is big business. And around the Vatican it is has never been bigger. It is a challenge to walk anywhere within several city blocks of St. Peter’s Square without being accosted by “tour guides” for hire, street-vending souvenir merchants, or someone trying to direct you to a particular restaurant with a fixed menu. Even the most respectable religious goods stores are sometimes hard to distinguish from shops that are out to make a fast buck by selling “holy” trinkets. Let’s not even talk about the lucrative trade in the relics of saints. Despite canon law’s prohibition (“It is absolutely forbidden to sell sacred relics,” can. 1190), it is well known that many shops and even religious convents make a nice sum off of selling—not the relics, God forbid, but—repositories containing the relics. Papal blessings are also a moneymaker for many stores and bookshops in the Eternal City. The Vatican has long allowed these “outside collaborators” to sell their own distinctive parchments, some of them three and four times more than the prices asked by the official provider, the Papal Almoner’s Office. But starting on January 1, the Almoner and papal nunciatures will be the only ones authorized to continue selling blessings. Correction. They only charge for the calligraphy, artwork, and paper that make up these wildly popular certificates of the pope’s benevolence. The non-Vatican blessing handlers (allegedly some five hundred people and their families, dating back several generations) began appealing to Pope Francis back in June not to cut them off from this “source of honest income and development of artistic and creative skill.” They say it will “provoke desperation and plunge hundreds of families into economic poverty and insecurity”. The long lines forming at the Almoner’s office is also causing panic. But, don’t worry. You can also order online. What an indulgence!