How the GOP Subverts Democracy 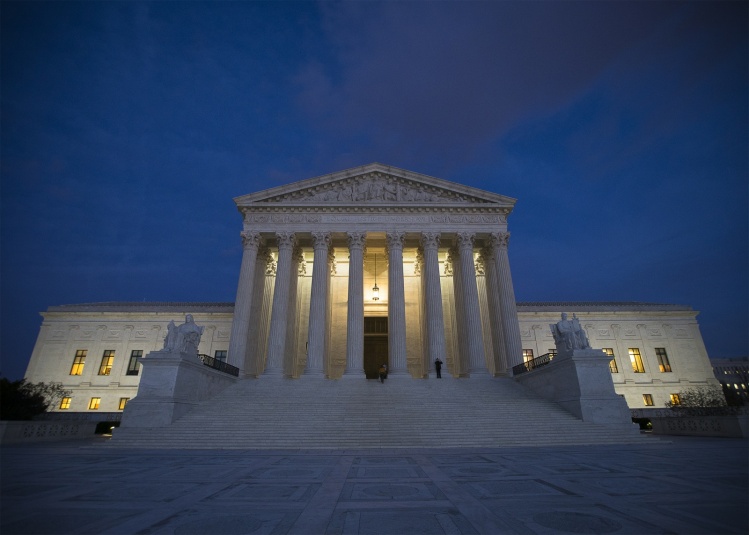 The future of American democracy will be on the ballot next year. No one should pretend otherwise.

We witnessed President Trump’s obvious disdain for democratic rights and liberties once again last week during his warm encounter in Japan with Russian strongman Vladimir Putin.

And the U.S. Supreme Court’s partisan, anti-democratic decision on gerrymandering, written by Chief Justice John Roberts, showed how dangerous it would be to expand a right-wing majority hellbent on making our system less inclusive, less fair and less equal.

For these reasons, Democratic primary voters should not be knocked for making “electability” their highest criterion in picking a presidential candidate.

Of course judging who is most likely to win is a difficult and rather subjective enterprise. And this calculation must not be a cover for sexism. But Democrats have no room for error. They need to avoid the sectarian infighting for which their party is famous and find a candidate who can excite turnout while also demonstrating broad reach and political savvy.

Let’s focus on the horror of our president making light of Russian interference in our election during his Friday meeting with Putin, and yukking it up with the Russian president over how bad members of the media are. According to the Committee to Protect Journalists, 25 have been murdered since Putin took power. Many of them were investigating his regime.

Referring to the journos in the room, Trump said: “Get rid of them. ‘Fake news’ is a great term, isn’t it? You don’t have this problem in Russia, but we do.”

To which Putin responded, in English: “We also have. It’s the same.”

Which is worse: Trump’s seeming appreciation for the brutal control Putin exercises over his country, or the Russian leader claiming our two countries are “the same”?

Winning is not supposed to be everything. But for Democrats, this time, it is.
sharetweet

Aren’t you sick of those who call themselves “constitutional conservatives” letting Trump off the hook for his cavalier attitude toward liberty by suggesting he’s just being, well, Trump?

And speaking of the Constitution, the five members of the Supreme Court’s Republican Machine (two of them named by Trump) shoved aside mounds of evidence, threw up their hands and declared themselves powerless to contain the radical gerrymandering of legislative seats. They did so even while effectively conceding the obvious, well-described in Justice Elena Kagan’s history-will-remember dissent: that gerrymanders “enabled politicians to entrench themselves … against voters’ preferences” and “promoted partisanship above respect for the popular will.”

Here’s the maddening thing about the majority’s opinion: conservatives who were happy to override decades of precedent to throw out laws limiting money’s influence in politics and to gut the Voting Rights Act suddenly discovered judicial modesty on gerrymanders. I was reminded of former Rep. Barney Frank’s quip skewering the GOP’s “Reverse Houdinis” who tie themselves up in knots and then say they cannot act—because they are all tied up in knots.

Notice: When judicial intervention helps Republicans, expands the power of the wealthy or undercuts the ability of minorities to vote, the court’s conservatives are activist. When restraint helps the GOP, they are overcome by humility.

Please read Kagan’s scathing and at times wickedly mocking dissent. She shows how Roberts and his allies are willfully blind to how much the world of political mapmaking has changed because of “big data and modern technology.” These tools not only allow very precise election-fixing (creating the “voter-proof map”) but also provide courts with easy ways of detecting in a “politically neutral” way “the worst-of-the-worst cases of democratic subversion.”

“These are not your grandfather’s—let alone the Framers’—gerrymanders.” Kagan writes. “For the first time in this Nation’s history, the majority declares that it can do nothing about an acknowledged constitutional violation because it has searched high and low and cannot find a workable legal standard to apply.”

Our democracy is thus under challenge at two very different levels. We have a dictator-admiring president. And we have a court majority subtly, learnedly and gradually chipping away at core principles of democratic equality. A reelected Trump would only be worse. And additional conservatives on the court could lock in disastrous law for more than a generation.

Winning is not supposed to be everything. But for Democrats, this time, it is.