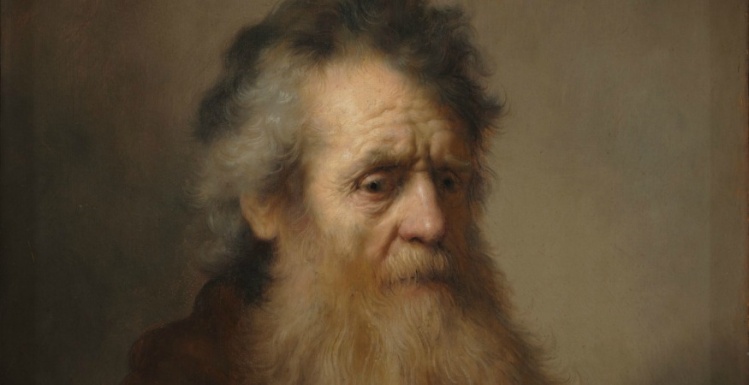 The greatest failure in America is the failure to stay young. It is a failure of imagination, the inability to grasp the alternatives offered by surgery, cosmetology, and pharmacology. It is a failure of will, the indiscipline that results in flagging energies, flabby bodies, and clogged arteries.

It is a failure of financial planning, the incapacity to amass the resources needed to deploy the full panoply of anti-aging techniques and technologies. Most basic of all, it is a failure of genetic foresight, the prenatal passivity that accepts a poisoned lineage of physical and mental infirmities, moral laxness, and hereditary balding.

For me, the nightfall of old age is particularly upsetting. I tried hard to seize and hold the day. I was born to healthy, middle-class parents in a good neighborhood. Except for college and that weekend in Las Vegas, I drank moderately. I exercised regularly and completed several marathons. I had regular checkups and took care of my teeth.

I’ve enjoyed a reasonably successful career, a happy marriage and a retirement undimmed by fear of living in a cardboard box and subsisting on the kindness of strangers.

Some changes were only to be expected. At thirty, I faced up to male pattern baldness. At forty, I purchased my first pair of reading glasses. At fifty, I added Metamucil to my orange juice. At sixty, I started blood-pressure medication and did my best to eschew meat and order whatever fish was on the menu

Despite hard work, sound planning, lifestyle adjustments, and unusually well-behaved Irish genes, I find myself—to paraphrase the poet Yeats—“where all the ladders” end, “in the foul rag and bone shop” of encroaching decrepitude.

One day I had hearing as good as a rabbit’s. The next I suffered “sudden onset hearing loss.” At cocktail parties, I can no longer distinguish conversation from background noise (not that it matters much). Going out to dinner requires several minutes of configuring the seating to compensate for my auditory deficiency.

I developed epilepsy As a result, I can no longer drive, ride a bike, swim alone or—not that I had ever had the desire—swing on a trapeze.

My knees resemble the coil springs on a rusted ’56 Chevy. Two weeks ago, something snapped in my upper arm while doing my morning pushups. I can’t lift my right arm above my shoulder. Last week, while jogging, I wrenched my back so badly I can’t walk right. I had surgery for thyroid cancer. My medicine cabinet resembles the pickup window at the local pharmacy.

My powers of recall are showing signs of wear and tear. I open cabinets and drawers and instantly forget what I’m looking for. The ability to attach names to the faces of friends and acquaintances is becoming one of life’s small triumphs.

“The wages of sin,” wrote St. Paul, “is death.” Either he forgot to mention or deliberately left out that so are the wages of virtue. We’re all inching or hurtling toward the egress, and we Baby Boomers are elbowing our way to the head of the line. For us, keeping the Grim Reaper at bay looms as an increasingly expensive proposition.

It’s true you can’t take it with you. It’s also true that we members of the over-sixty-five set will suck up a disproportionate share of the country’s medical resources in order to make incremental additions to life spans already longer than those enjoyed by 99 percent of our ancestors.

The inevitability of the final curtain doesn’t make it easier to accept. I’m as reluctant and fearful as anyone else to face the end. But, sooner or later, it’s all right to think about making room instead of taking it up. A degree of resignation and acceptance isn’t a bad thing.

We can claw and cry for a day or two more, and spend whatever it takes. We can rage against the dying of the light and resent it as a violation of an imagined right to live forever. Or we can enjoy what we’re still capable of enjoying and exit, if not laughing, then with a smile of gratitude for the miracle of existence we’ve been privileged to share.