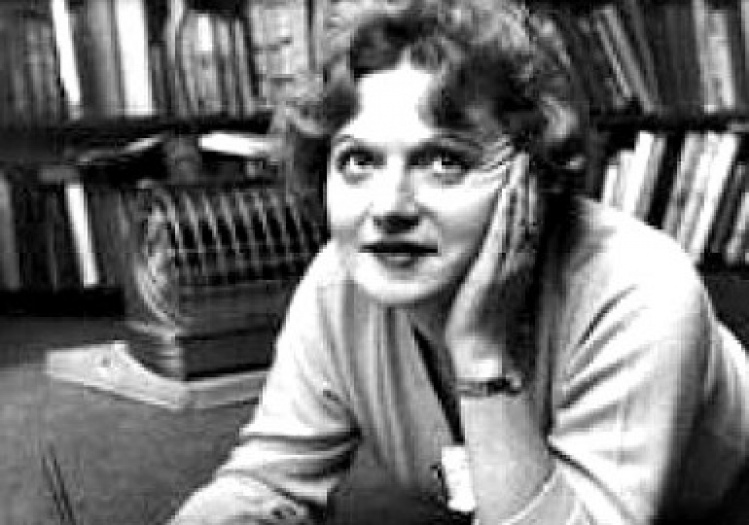 Ever since Cat Stevens became Yusuf Islam, I’ve been fascinated by religious converts. A little envious of their enthusiasm, too.

While researching The Prime of Miss Jean Brodie for a graduate class in 2006, I discovered that the novel’s author, Muriel Spark, was a convert to Catholicism. I was intrigued. Why had Spark, so accomplished and clever, embraced a faith I’d smugly left behind? I embarked on a journey to answer that question. The journey culminated two years later with my return to the Catholic Church.

Although I was raised Catholic and had attended Catholic middle and high schools, my faith lapsed by the time I entered college; I had difficulty with the church’s teachings regarding contraception and sexuality, and doubts about God’s existence. For decades, I vacillated between agnosticism and atheism; yet in dark moments, I still reached for my rosary, and from time to time, I attended Mass, hoping for an epiphany. Mircea Eliade wrote that “the man who has made his choice in favor of a profane life never succeeds in completely doing away with religious behavior.” He was certainly right about me.

In my forties, intent on raising my children in the Judeo-Christian tradition, I joined a progressive Christian church, one that required little in terms of belief or behavior. Although the liturgy was familiar, when the pastor described himself as a “Buddhist Christian who worshipped in the Native American tradition,” I realized I wasn’t at home. Around that time, I discovered Spark and wondered why Catholicism had worked for her and not for me. What had she seen that I had not?

Born in 1918 Edinburgh to a Jewish father and an English mother who’d been raised Christian, Spark grew up in a home imbued with a generic belief in the Almighty. She attended Scottish Presbyterian schools, wrote poetry as a child, and went on to write more than forty short stories and twenty-two novels—the novels only after she joined the Catholic Church in 1954, at age thirty-six. While much has been written about her Catholic imagination, her fiction also reflects a broader, Judeo-Christian sensibility, a melding of Scottish Presbyterian, Jewish, Anglican, and Catholic influences. Her themes are, at times, more Old Testament than New, more Calvinist than Catholic, and occasionally more Jewish than Christian.

Spark came to the Catholic Church after first joining the Church of England. She described her conversion as the “step by step building up of a conviction,” and the Catholic faith as corresponding to what she “had always felt and known and believed.” Nevertheless, there were aspects of Catholicism with which she grappled, such as its positions on birth control and the ordination of women, and others in which she took little interest: popular Catholicism (“those terrible bleeding hearts”) and priests’ sermons (except John Henry Newman’s), for instance. I began to think that if Spark could embrace Catholicism, reservations and all, perhaps I could.

In a review of Spark’s Reality and Dreams, Penelope Fitzgerald wrote that Spark noted that after becoming a Catholic, she was able “to see human existence as a whole, as a novelist needs to.” Immersed in Spark’s writing, I wondered about this comment. Did she simply mean that a novelist, like the Judeo-Christian God, sees the beginning and end all at once, as her narrators often do, or was she alluding to something deeper? Had Catholicism enabled her to see life on earth as just the beginning? To view human existence as the union of matter and spirit, as organic and communal rather than atomistic, as the interplay of free will and Divine Providence? To see human beings as better than their worst action, and particular events as part of, but secondary to, the grand scheme of things—or in Newman’s words, as “so much dust when weighed in the balance”? I’m still not certain, but my reflection led me to a fuller appreciation of the Catholic faith and worldview.

What I’m fairly sure of is that for Spark, the essence of Catholicism was the Christian creed, and she saw the Catholic Church as its keeper. In 1998, when asked about her faith, she said: “It’s as simple as this: I hold by the creed. I would find it difficult to say that this is a load of rubbish....” She once described Christianity as “the religion that explains everyone to themselves” and “a natural fulfillment of what man is supposed to be.” I believe she saw Christianity and Judaism as threads of the same Western moral tradition, and Catholicism as the thread that suited her best. I get that now. My journey with Spark allowed me to take a fresh look at the faith of my youth, to see it anew through the eyes of someone who had freely and thoughtfully chosen it, and to take that final step toward home.

Please email comments to [email protected]g and join the conversation on our Facebook page.