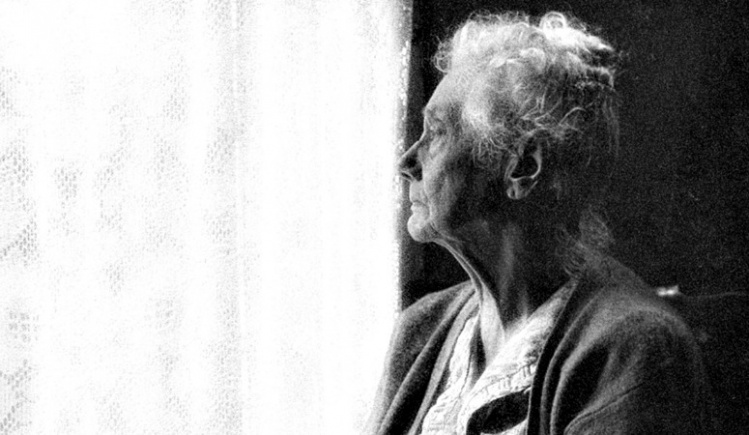 On Krista Tippett’s radio program On Being, there was recently a segment on Alzheimer’s that I found really moving. The “great unlearning” she called it. That’s a beautiful phrase. It gives the process dignity. But it can be hard to find dignity in Alzheimer’s when it’s a family member who is in the middle of it. It’s horrible, mostly.

Tippett was interviewing Alan Dienstag, a psychologist who runs a writer’s group for people with early-onset Alzheimer’s. He reports that he initially thought it was a terrible idea. Why would you ask people who have trouble remembering anything to write that anything down? But the patients in the group loved it.

“Talking disappears like smoke in the air,” he said. “You leave a physical mark on the world when you write something down.”

At the end of each session, the clients were to hand in their stories. Dienstag thought that they would resist—that they would want to keep what they had written—but they didn’t.

“If you can give something away, you don’t lose it,” he said.

Occasionally Tippett tried to make the whole thing sound a bit too poetic and positive. Dienstag had to remind her, “I am just talking here about the very early stages.” I appreciated that.

My parents were not at all religious. They talked about a suicide pact. They joined the Hemlock Society.

“Oh, just kill me,” my mother would say, periodically.

“When?” my father replied.

It was disturbing to listen to. I wasn’t in on the joke. I didn’t want them exiting early. But as they got deeper into their eighties, the not-so-gentle threats wore out. Or my parents forgot them. They both hung on.

Ever since I can remember, my mother was always looking for her keys. It was an entirely predictable, always alarming family pastime that kept us consistently off balance. Our trademark. When I finally found her keys in the oven one afternoon, we didn’t worry about it, but she did.

My mother died five years ago. She had advanced dementia. As she became less connected to who she was, to who she had been, she softened around the edges. She who had been alternately awkward and formal and brash and intrusive started to kiss me hello softly on the lips.

At the end she’d go into the dining room in the retirement community with her fuzzy purple gloves on and eat without taking them off. The other residents became uncomfortable. They wanted her moved to a special unit. She’d be all dressed up with her perfectly coifed hair-helmet and her mittens. She would have hated her hair like that, but she would have loved the mittens. It was as if she had become somebody else’s mother, not mine. As if the part of her that was my mother had been given away to someone. To me, I thought, as I sat there with my kids scrambling around under the table, making fart noises, balancing spoons on their noses, the loudest table in the retirement center’s dining room. There I was: half proud, half horrified. Looking for my keys.

My mother was like a hermit crab who was busy moving out of its shell, and then only the shell was left. “Enjoy it, dear,” she said. She went for a walk every day. She strode along, rain or shine. My father sat in his chair reading biographies of obscure presidents. She took to staring at the sky, remarking on the clouds, the light.

“You love the sky, don’t you,” I said, thinking of her paintings.

“That’s because I’m going there soon,” she said.

Mary Barnett is a choreographer, mother of three, and student at Yale Divinity School.