The Idiolect of My New Faith
By Melody S. Gee
The Last Word
Spirituality
Travel 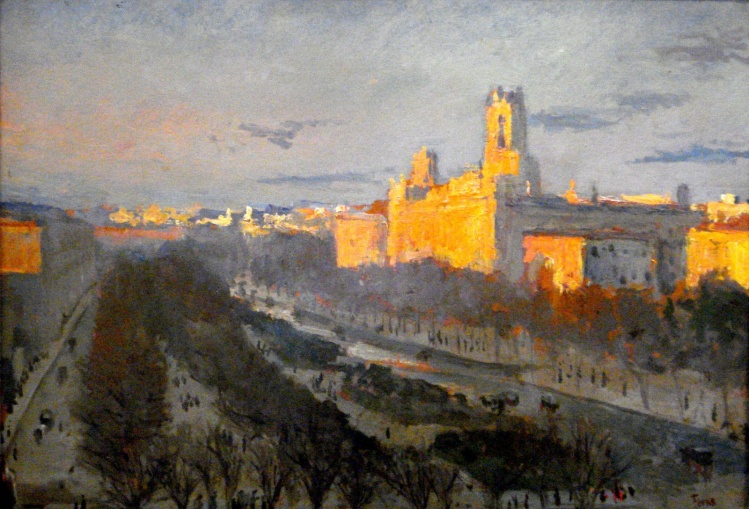 I say I grew up bilingual, but the truth is more about loss than duality. My earliest language was Mandarin, spoken by caregivers in the Taipei foster home where I awaited adoption for the first nine months of my life. When I arrived at my parents’ home in California, Mandarin was replaced by my family’s southern village dialect of Cantonese—my first language extinction. Like many first-generation children of immigrants, my parents’ mother tongue carried me through age four, when I started school. English was introduced like an invasive species—devouring, crowding out, and multiplying through every television show and new friend. And yet, English did what it was supposed to do: provided access, made me less afraid. What do you call an invasive species that the ecosystem comes to depend on?

Even as language widened the gulf between us, my mom and I shared a linguistic intimacy: parallel ossification. Her English and my Cantonese grew bone-hard, losing the suppleness required to overcome recurring errors, blanks, or broken connections. With her, I now speak what Amy Tan calls a daughter’s dialect, able to express only what a child can express to a mother: hungry, tired, full, please.

In high school, I began learning Spanish. The grammar clicked in me. I could mimic friends’ accents, my tongue somehow agile in ways it no longer was with Cantonese. After four years of study, I started to describe myself as bilingual. A lesson in the first year haunted me: Our words for things are arbitrary. Words come from us, not the thing itself. The distance between me and my parents is an accretion of words. Yet words, and by extension our alienation, were randomly assigned. Words themselves did not contain the essence of daughter or nui, for that would make one word less true than the other. Words could not measure the distance between my parents asking in one language and my answering in another.

In 2015, my husband’s teaching assignment brought our family to his university’s Madrid campus for the spring semester. We arrived with our four-year-old and one-year-old, breathless before the city’s beauty, its pace and height. Hapless exchanges in Spanish with the super and a pharmacist on our first day sank my confidence. For the entire semester, I was unable to relax, constantly defensive and over-prepared, never knowing if my vocabulary would get me through the task at hand. Easily overwhelmed, I pretended to understand far more than I did, rehearsing every possible interaction, then retreating into silence as often as I could. My oldest threw tantrums whenever I held a conversation for more than a few moments, as if not being able to understand her mother was frightening.

For most of our time in Madrid, I was slow, tangled, and ungrounded. When I finally saw pictures from that time, I realized that we had managed to buy groceries, eat out, hire sitters, hail taxis, enroll in ballet and music classes. In truth, we lived well, and people were extraordinarily generous and patient. Still I’d felt lost and inadequate, slightly unreal. My weariness came from inhabiting a slightly different version of myself, waiting for the real me to return once we landed back home.

When I found it meaningless to hear I love you in Spanish, I thought of all the ways my mom needed her mother tongue for a sense of grounding and reality. She counted and measured only in Cantonese. Any words of care, from eat slowly to sleep early, came out in Cantonese, as did words of anger. And so her care and her anger, her superstitions and stories, all drifted on her side of the gulf. All of my words for desire and the future remained on mine. Each of our languages of intimacy was the other’s language of limitation. I wish I could say my empathy for my mom grew after living in Madrid. But my mind only raced ahead to our return to the states in May. For fifty years in her adopted country, my mom has held the desire for such relief.

I could feel something reverberating in me like all those mother tongues...a desire to turn and follow whatever was speaking to me and learn to speak back.
sharetweet

On the cusp of my conversion to Catholicism, I heard what I can only describe as a murmuring. I felt like my newborn daughter, craning to follow my sound everywhere, and like her sister, exploding with her first words, eager almost to the point of desperation to exchange something with us. For her biological needs, my oldest still cried. But talking seemed to be for something more, without which she could not fully become part of the world. I saw in my girls how instinct drives language acquisition, how in learning to speak, they became more themselves. I’d been propelled first toward Mandarin, then Cantonese, and finally English. Now I could feel something reverberating in me like all those mother tongues. Not just a new set of ideas or beliefs to take up, but a desire to turn and follow whatever was speaking to me and learn to speak back.

The poet Pádraig Ó Tuama says that the first thing God does in the first chapter of Genesis is speak, thus making all words sacramental. I wondered which of my languages held the sacramental words—the one extinguished in infancy, the other lost one that cleaved me to family and culture, or the one with which I now make my way in the world and take in the Gospels? Language has always been transactional for me. With every English word I gained, a Cantonese one seemed to slip away. I carried new words like currency out into the world beyond my parents’ house. The ones I brought back I hid like a thief. I know they watched me grow my stash with confusion, fear, and an unmistakable flicker of relief.

There was something instinctual about my conversion, but something of a non-native speaker’s struggle for fluency as well. I grew up surrounded by second-language speakers, accustomed to the lilting Chinese tones in my family’s English. I could predict exactly how my mom would ask one of our regular restaurant customers, “You want you same all the time order?” I watched her repeat the same ESL homework year after year, unable to wrangle her tongue or her memory, berating herself for lacking discipline and education. As my daughters learned to speak their mother tongue, they delightfully misapplied grammar rules like all children do: The bad guy sworded the good guy. I jumped in this puddle because my shoes are waterable! These early errors are evidence of innate grammar systems developing. My girls needed no correction to never again utter these phrases. They will not remember conjuring wholly new language from the depths of themselves, proving that one’s mother tongue is not learned through imitation alone. But a second-language learner’s errors, like my mom’s inability to conjugate verbs, can be impossible to surmount.

Gaining a second language is not a simple act of acquisition. I learn amor and it changes how I understand love. But I also carry a primal dictionary of untranslatable Cantonese, like hahm toi, which means the particular smell of your home or the clothes you’ve been wearing. It is the word for the smell of you, and it connotes familiarity and intimacy, along with lazy hygiene and others’ disgust. Two languages require two systems to coexist and undergo continuous comparison. On the one hand, this lends the world dimension and nuance. On the other, it requires endless shifting, balancing, and choosing just to make meaning. The work is like trying to build your raft while keeping afloat. And then there are all the words I didn’t know I was missing. Like sobremesa, the unhurried conversation across a table cluttered with the meal’s dishes. When describing a dinner party to my spiritual director, I was unable to articulate the buoyant warmth of people who made me feel entirely at ease with myself. She offered me incarnation and consolation. I looked back and inscribed these new words over other memories: my first pregnancy sonogram, discovering a new career after being laid off, the first time I walked across my sprawling college campus. Other times got labeled desolation or acedia, as my past submitted to a kind of translation.

It’s sometimes impossible not to compare my life before and after conversion—what I’ve gained and what I’ve let go of, what’s grown harder or easier. In becoming Catholic, I imagined conversion could mean complete transformation, which in many ways I had wanted: a fresh start, even a do-over. But I also knew better than to think I could take up one seamless self. The word convert comes from the Latin com, meaning “together,” and vertere, meaning “turn.” Rather than complete transformation, my becoming Catholic has been a series of turns—toward an ultimate concern, toward reconciliation, toward a source. And the language of faith toward which I turn, whether by instinct or effort, does not rewrite me by erasure but by expansion. It moves me, past and all, out and into everything.

As with Spanish and Cantonese, I’ve sometimes felt a struggle toward fluency in the language of faith, as if I am speaking a mangled version of Catholic haunted by errors and blunted pathways I am too old to develop. But then I think of my mom’s English, created just as her new self was created: in this country and no other, under these circumstances and no others, for these reasons and for this life. Her English is not broken. It is both a string of errors and a thing unto itself. The idiolect of my new faith is, perhaps, such a thing too—a language of conversion that is not in conflict but negotiation, not evaluated for correctness but for expressions of becoming more myself. Every word carries an entire topography of experience and culture. Tectonic plates of past and present collide and reconfigure with each utterance. In these terms, fluency has always been ours, all of us language learners babbling and turning our heads, wanting to hear and be heard.