An Interview with Father E. Schillebeeckx 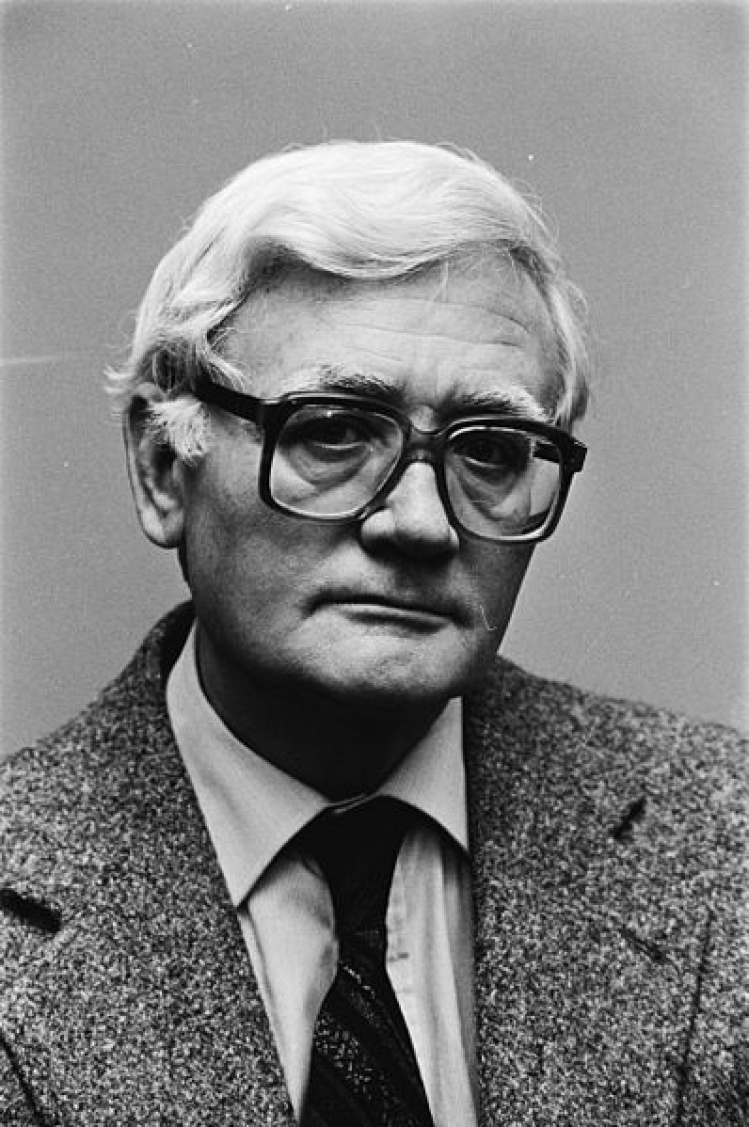 The following is a translation of a small part of an interview with Father E. Schillebeeckx, O.P., (adviser to the Dutch Bishops in Rome and the author of Christ the Sacrament of the Encounter with God) by Father P. Wesseling, C.Ss.R. and Carol Enkelaar. The interview was about the second session of the Council and covered a wide range of topics, of which only one is treated in the following translation.

The conversation was registered on tape, transcribed and slightly edited, after which it was submitted to Father Schillebeeckx, who made some corrections and approved it. It took place in Rome, on December 2, 1963, and it was published in the weekly De Linie, formerly sponsored by the Flemish Jesuits in Brussels, on December 20, 1963.

Where the Flemish original was difficult to translate faithfully into English, a note had been added by the translator.

Father P. Wesseling and Carol Enkelaar: There is a rather strong controversy going on be­tween Prof. Duynstee and many others, e.g. Dr. Trimbos, concerning "the pill." Prof. Duynstee always appeals to the natural law. But quite a number of people have the impression that his appeal to the natural law is slightly old-fashioned. Can one really affirm that anti-conceptional preventive means are against the natural law? What do you think of it?

Father E. Schillebeeckx: The whole question is: What is natural law? That concept is very much discussed. In "het Werkgenootschap" I have put down a few ideas about the natural law. This has been translated into English; and I hear now that some Englishmen are saying here that I no longer admit the natural law... Many abstract thinkers see the natural law too much as a biological law: that is the way the human body is made. According to them we might deduce from the make-up of the human body itself how we ought to use it morally. Hence every human intervention which would produce a temporary break between sexual experience and the possibility of procreation, of reproduction, is said to be against the natural law. If, on the other hand, we consider the natural law as an ideal [tr.—"reality-exigency"] and if we consider what man is anthropologically and what is the real meaning of this action, then the natural law gets a more supple meaning.

It is evident that one cannot do with man whatever one wishes. Somewhere there is a norm, namely the norm of human dignity [tr.—"that which is worthy of human beings"]. But what is human dignity? This is a norm which man discovers in the course of time only in an evolutive manner. Only gradually man begins to see what precisely constitutes human dignity in these given circumstances. An ideal image develops, which is unassailable, whose meaning is not imposed by man, does not depend on his whim, and which, as such, must serve as a norm for human action. But in this development earlier affirmations may pick up such nuances, that we come to stand before relatively new affirmations. The Council cannot act as if all over the world there were no problem of "the pill." This will receive much attention.

PW & CE: What is your own opinion right now?

ES: Should this Council say nothing about the whole population explosion and likewise nothing about this concrete marriage distress, it would create the impression that it stands outside of the world. But I do not want to anticipate the preparatory discussions which are already taking place on this matter. The only thing which can be said now is that many theologians have serious doubts about this question.

PW & CE: Does that which is true for "the pill" eventually apply also to all other preventive means?

ES: In determined circumstances the married couple in their marriage-project want the child in a manner which is worthy of a human being. Those who use periodic continence also exclude the child in this particular act. Certainly, they do nothing for it, yet they positively exclude it. Nevertheless they want the child, in a human way, with sufficient intervals. When they use a technical means, they also exclude the child. In that case too they want the child at sufficient intervals, hence in a human, responsible way. The question is: Does the means which is used violate one's own human dignity and that of the life partner? Does it or does it not injure intersubjectivity?

ES: Of course, that too is not worthy of human beings. The Council will also emphasize that the child must be wanted in a "human" and Christian way. The Church can give no directives about whether there should be many or few children. This is a personal decision of the conscience of the parents. I do not want to point out a direction here, but I only plead that the Council will have to give these questions much thought. The question is not as clear as is sometimes asserted. He who disapproves of anti-conceptional means for all cases must present arguments which are really apodictic. We shall also have to reflect on the incidental utterances of Pius XII. Of course, his statement can still receive further nuances.

Thus we might say that the sexual experience and the possibility of procreation may not be separated in the marriage-project. Marriage is not a general interpersonal relationship, but one of a very specific kind. But this can say nothing yet about the individual marriage act. The distinction between the fundamental life-attitude and the individual act is not without importance. All meanings, all human significances of the marriage must not be realized in every separate act. That is impossible. But the total marriage-project may exclude no single essential meaning. A separate act may do this. This is evident, for instance, in periodic continence, which has the approval of the Church herself. Therefore the Council will have to reflect on the problem here presented: whether, in cases of need, one of the meanings of the marriage may also be excluded by technical means.... Hence we have here several elements which make a new reflection on this position necessary, especially since, according to some biologists, this is not even a question of anti-conception, but of a-conception. It is quite possible that the Council may not even reach a final decision in this matter.