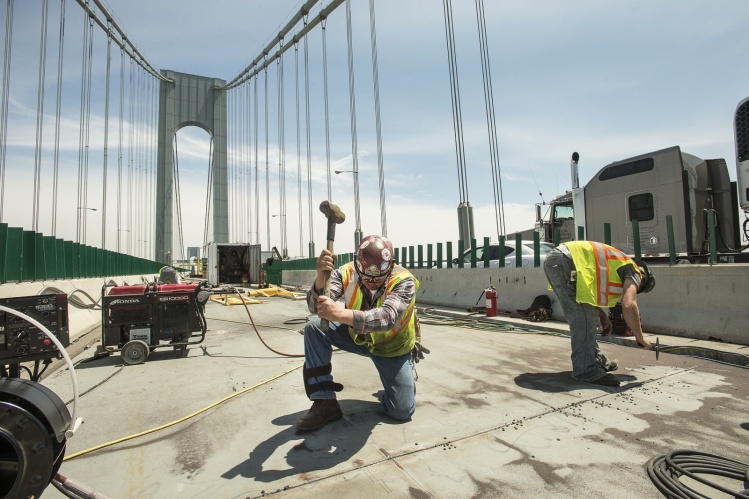 The $550 billion Infrastructure Investment and Jobs Act passed this summer by the U.S. Senate is a welcome investment in our roads, waterways, ports, airports, power grid, and other elements of our crumbling infrastructure. But a $550 billion shot in the arm isn’t enough. The restoration of American infrastructure also requires sustainable investment in and a recommitment to something that doesn’t generate much excitement: maintenance of the systems already in place.

To understand why the Biden administration is pushing this bill, it’s important to recognize just how compromised much of our infrastructure is. According to the American Society of Civil Engineers’ 2021 Report Card for American Infrastructure, eleven of the eighteen infrastructure categories in the United States score D+ or worse, meaning they are “below standard,” “approaching the end of service life,” and exhibiting “significant deterioration” and a “strong risk of failure.”  The only two categories to score above a C+ were our rail system and our ports.

Of the nation’s 617,084 highway bridges, 42 percent are now more than fifty years old—the anticipated lifespan for a bridge—and 12 percent are past eighty; one out of every thirteen bridges in the United States is “structurally deficient.” Our public drinking-water system averages 250,000 to 300,000 water-main breaks per year (one every two minutes), leading to 6 billion gallons of lost water; at the current rate of repair, it would take two hundred years to replace the entire system. Our electrical grid is aging, with more than 70 percent of transmission lines in the second half of their expected fifty-year lifespan and some components more than 100 old—even as data-storage needs and electric-vehicle use impose ever-increasing demands.

These critical systems are just the tip of the iceberg. Other systems rating a D+ or below include aviation, stormwater, wastewater, dams, levees, and hazardous waste. The total cost to restore all of our infrastructure systems to safe levels is $5.9 trillion over the next ten years. The ASCE estimates that $3.3 trillion of these costs would be covered under current spending levels. With the $550 billion provided by the Infrastructure Investment and Jobs Act, there would still be a roughly $2 trillion shortfall. “After years and years of ‘infrastructure week,’ we are on the cusp of an ‘infrastructure decade,’” President Biden said when the Senate approved the bill. But $550 billion over a decade is only a quarter of the funding needed to do the job.

Infrastructure is not and has never been a function of one-time fixed cost.
sharetweet

The funding shortfall is a symptom of a larger problem. The fact is, infrastructure is not and has never been a function of one-time fixed cost. Maintenance of infrastructure requires ongoing and sustainable investment, but the United States has been ignoring and deferring maintenance work for decades. The first ASCE report card was published in 1988. At that point, many of our systems were already in decline (no system in that report graded above a B-), but the problems have only worsened in the intervening decades. Roads dropped from a C+ in 1988 to a D in 2021. Transit systems went from a C- to a D-. Aviation, drinking water, and inland waterways have all fallen from a B- to a D. The costs of repair will only continue to rise from that $5.9 trillion if we do nothing. But if we commit to investment, we’ll see quantifiable benefits. The ASCE “Failure to Act” report estimates that investing another $281 billion per year over the next decade will reduce losses due to infrastructure failures and save $10 trillion in gross domestic product and $3,300 in annual disposable income per household by 2039.

Our infrastructure crisis did not occur suddenly, and a single “decade of infrastructure” is not going to get us out of it. Recovery requires a recommitment to continual infrastructure maintenance and improvements. But committing to continual maintenance itself requires a change in how we understand our relationship with technology and engineering in the first place. Think of the words we tend to use when describing technologies: innovative, revolutionary, advanced, transformative. This is the language of technophiles and venture capitalists seeking out the next “Uber of X,” aiming to upend the existing economic paradigm in “X” field just as the ridesharing app Uber did to taxis and transportation a decade ago. Now the language of disruption and transformation has worked its way into the mainstream. We hear the refrain of “innovation” and “change” in the report 14 Grand Challenges for Engineering in the 21st Century put forth by the National Academy of Engineering. “From urban centers to remote corners of Earth, the depths of the oceans to space, humanity has always sought to transcend barriers, overcome challenges, and create opportunities that improve life in our part of the universe.” But as we celebrate the shiny and new, the infrastructure we have relied on for decades crumbles from lack of maintenance and replacement. As we succumb to the notion that the next great technology will solve all of our problems, maintenance of the established and proven systems we rely on is ignored and deferred.

Nowhere is this more true than in the public sector. Politicians are always happy to appear at project dedications, where they can take credit for work done under their administration. Add a new highway and celebrate reduced traffic congestion. Construct a new airline terminal and the airport can accommodate more flights. Build an electric-vehicle charging system and hail a greener city. But it’s hard to celebrate road and bridge maintenance. It’s hard to get excited about keeping the sewers functioning. Maintenance does not win elections.

The White House touts the infrastructure bill as a “once in a generation” investment, and that is precisely the problem. If we only invest in infrastructure once every generation, then we’re setting up the next generation for an infrastructure crisis even worse than our own. If we dedicate only a decade of insufficient funding to infrastructure maintenance and call that a win, we have not solved our problems. We do not need a “once in a generation” investment. We need a sea change. We need to commit to maintenance and rebuilding as an ideal. For all the attention we pay to the creation of fantastic new things, we need to pay just as much to the restoration of our old necessary things.

This article was made possible through a partnership between Commonweal and the Carl G. Grefenstette Center for Ethics in Science, Technology, and the Law at Duquesne University

Matthew J. Gaudet is a lecturer of engineering ethics at Santa Clara University and a visiting fellow at the Grefenstette Center for Ethics in Science, Technology, and the Law at Duquesne University.