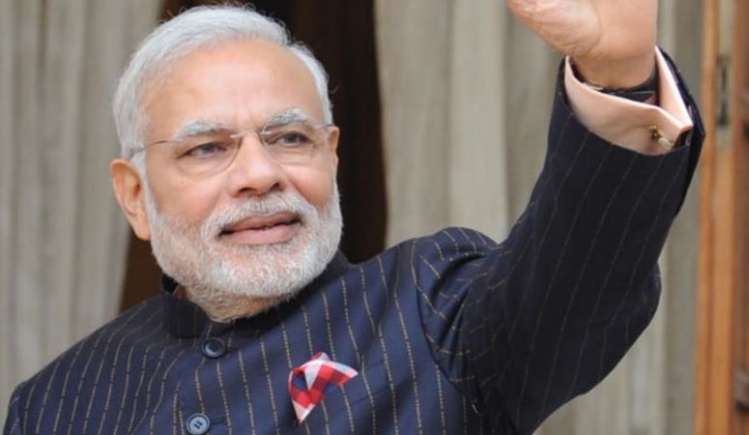 The day Donald Trump was elected president, India’s prime minister, Narendra Modi, announced his stunning decision to withdraw all of India’s 500- and 1000-rupee notes in a purported effort to destroy the black-market economy. I was at home that morning obsessively watching the U.S. election news instead of going to work. When I finally staggered out of my house, shattered by Trump’s victory, I was surprised to see my neighbors all huddled together in groups—talking on their verandahs, over their gates, and in clusters at the corner. One of them called out to me as I walked in a daze toward my office: “Madame Jo! We are all poorer today!” “Oh, yes, I know,” I answered, touched by his sympathy and understanding. “Thank you so much. I’m so ashamed of my country.” His baffled look made me realize that neither of us had understood the other.

“Demonetization” has gripped India’s citizens every bit as much as Trump’s rise to power has preoccupied Americans. Maybe more so. As I write these words, Trump is still just looming on the horizon, while the withdrawal of 500- and 1000-rupee notes is already playing out in people’s everyday lives. Just how this happened is worth considering as a foretaste of what a Trump presidency may entail.

My neighbors instantly understood what I, in my distracted state, had failed to comprehend. Their money was suddenly worthless. India is overwhelmingly a cash economy; only the elite, living in cities, use credit cards. Modi’s decision would be cataclysmic for the millions of poor people in India, and within days it became clear that he had consulted no one about it—not even his own economic advisers and experts.

To Americans accustomed to cashless transactions as the norm, it is difficult to convey the shock the Indian economy has experienced since Modi’s new policy took effect. We can’t buy vegetables, milk, or fruit—the vendors who sell these things deal only in cash. We can’t buy medicines, hire a rickshaw, or get a haircut. Where I used to patronize my local corner grocer, I now have to go to the big guy in the next market over because he accepts credit cards. The construction industry, which employs over 45 million people, has virtually ground to a halt. The problem is unprecedented: millions eager to work, employers ready to hire them, plenty of money in the bank, but no cash in hand to make it happen. Construction workers are typically migrants from other states. They are paid in cash at the end of each day and have no local network on which to fall back when they can’t find jobs. The result is that they are returning to their villages by the trainload. At least at home, they reason, there will be something to eat. Other industries are similarly affected: 400,000 lay-offs in textiles, 60,000 among leather workers; auto sales down by as much as 35 percent.

Perhaps Modi failed to anticipate the consequences of his decision, or perhaps he simply didn’t care. While party officials still insist that all will soon be well, it’s obvious they have no idea what they’re doing. Far removed from the reality of an elderly pensioner, let alone a daily wage laborer, Modi acted without regard for the havoc he was unleashing. Stories of patients dying because hospitals refused to accept their 1000-rupee notes, weddings canceled because families can’t pay the bills, and children turned out of school for failure to submit their fees are published every day.

And yet the public has been solidly behind Modi, at least initially. As with Donald Trump’s supporters, the people most likely to be hurt by Modi’s policies are the people most likely to support him. Modi’s fiat, cloaked though it is in anti-corruption rhetoric, is seen by most analysts as a blatant political move to influence upcoming elections in the must-win state of Uttar Pradesh, where opposition candidates are notoriously financed by black money. By drying up their funding sources, Modi is betting on another victory for his party. But the man or woman on the street believes Modi is crusading for them. As hard as their suffering is, they believe it’s contributing to the good of the nation, and they are proud to do their part.

While canvassing for Hillary Clinton door-to-door on my vacation in New Hampshire this summer, I told whoever would listen what it is like to live in a country governed by someone like Trump. I talked about how Modi’s rhetoric of division and fear had created a climate in India in which people feel free to act on their basest impulses, and about how incidents of violence against minorities, women, and dissidents were increasing almost daily. I talked about a mono-maniacal leadership style in which only one person’s opinion matters and the concerns of the poor are the last to be considered. At the time, I did not see demonetization coming, but it certainly fits the pattern.

Modi is smarter than Trump and has a longer-term vision for his country, so in a sense he is more dangerous. But Trump’s impulsivity, coupled with his ruthlessness and arrogance, make him just as frightening. Like many others, I am now focusing on local politics, on building institutions and creating coalitions with like-minded groups across party lines. We may be tempted to despair of politics, but concerted action is the only answer in these troubled times.