How Hard Is it to Write Literary Biography?
By Robert K. Landers
Books 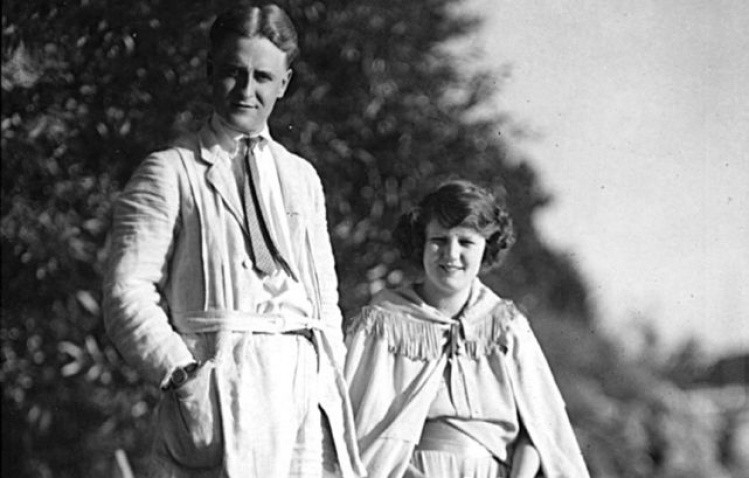 After working for ten years on what would become Bellow: A Biography (2000), James Atlas drove to Saul Bellow’s house in Vermont. “So tell me,” the novelist said to him, “what have you learned?” Atlas’s disillusioned answer: “What I’ve learned is that you can’t know anyone.” In Psychoanalysis: The Impossible Profession (1981), Janet Malcolm came to much the same judgment: All personal relations are “tragic” because “we cannot know each other.”

If that is so, where does it leave biography? In The Impossible Craft: Literary Biography, veteran biographer Scott Donaldson writes:

Let’s say that you accept the conclusions of Mark Twain and Paul Valéry, Thornton Wilder and Julian Barnes, Sigmund Freud and a host of others that you cannot take up residence in anyone else’s mind. Then the writing of biography assumes the status of any undoable task, and appeals to the human desire to challenge boundaries…. You cannot go inside another human being’s heart and head: agreed. You cannot reconstruct his bone and blood in a word portrait: also agreed. But it may be that if you are diligent and devoted, persistent and perceptive enough, you may come close.

Donaldson is a newspaperman-turned-professor (now emeritus) who has written biographies of three novelists and three poets. In The Impossible Craft, he draws on his decades of experience and the knowledgeable observations of others to provide a realistic look at the pleasures and challenges of literary biography. His willingness to acknowledge imperfections in his work and the mistakes he’s made in pursuit of his subjects makes him an especially winning guide to the craft.

There are, first of all, “the pleasures of the process itself,” including the reading of the admired author’s works and the immersive research into his or her life, via letters, diaries, and interviews with people who’d known him. I can testify to that. In working on my biography of novelist James T. Farrell, I spent some five hundred pleasurable hours at the University of Pennsylvania’s Rare Book and Manuscript Library, so absorbed in Farrell’s long-vanished world that the hours sped by, their passage hardly noticed. The interviews, which took me to Chicago, New York, Pennsylvania, Florida, and California, were also enjoyable.

Donaldson quotes Victoria Glendinning, author of books on Trollope and Rebecca West, on what makes for an ideal literary biography. It should have “the tension and entertainment value of a novel,” she writes, “using any and all narrative techniques, [while] including nothing that could not be backed up by documents or other evidence, and suppressing nothing of significance, however inconvenient it might be structurally or artistically.”

Despite what reviewers or publicists might say, Donaldson observes, no biography can be “so splendid and comprehensive, so valid and insightful, so attuned to the past, in harmony with the present, and anticipatory of the future as to merit the term ‘definitive.’” Biography is necessarily subjective. It can’t help but reflect, to some extent, the biographer’s experience, outlook, and values. In Donaldson’s case, “it mattered to the books I wrote about [F. Scott Fitzgerald and Ernest Hemingway] that I identified with Fitzgerald’s need for approval and insecurity about social status, and did not share Hemingway’s passion for blood sports and compulsion to prove himself in dangerous situations.”

In one of the several extensive case studies Donaldson presents, he examines how fourteen different biographers—including himself, in Fool for Love (1983)—treated Zelda Fitzgerald’s flirtation or affair with one Edouard Jozan in the summer of 1924. Whatever happened between them, Donaldson says, it “opened a rift in the Fitzgeralds’ marriage that could not easily be mended.” But he found a “wide disparity” in the biographers’ treatments of the relationship and its import. “A few felt certain that Zelda was unfaithful to Scott with Jozan; others were sure that she was not. Some chroniclers thought the affair of little importance; others saw it as of great significance. From fourteen books you get fourteen different accounts.” According to Donaldson, this indicates “the precarious nature of the craft.”

AS DISTINGUISHED FROM biography in general, Donaldson observes, literary biography has the advantage that the subject tends to offer eloquent source material in letters, journals, and drafts, as well as in the published works. “Novels and stories, poems and plays represent the first and most indispensable source for the literary biographer. So far as possible, he must read everything his subject/author wrote, both published and unpublished.” In my own case, that proved impossible. Farrell wrote more than fifty published books, and his archive at the University of Pennsylvania contains more than a thousand boxes of material. I read all his novels that were published in hardcover, but not all his short stories. As for the archive, I read selectively, trying to choose the letters, diary entries, and other unpublished material that promised to be most pertinent. With so massive a collection, however, one could never be entirely sure that one wasn’t missing some vital piece of the puzzle.

Of course, it’s one thing to have access to the deceased author’s letters and other unpublished material; it’s another to have permission from his estate to quote extensively from his works, published and unpublished. Donaldson had that difference painfully driven home to him in the course of bringing John Cheever (1988) to publication. “Midway through the process the Cheever family decided to fight the book.” Cheever’s daughter, who was writing a memoir of her father, and a son who was editing a collection of his letters viewed Donaldson’s biography as competition. Their efforts to undermine his biography, along with an appeals court’s radically restrictive decision in 1987 with regard to a British biographer’s planned quotation from about seventy of J. D. Salinger’s letters, turned Donaldson’s endeavor into an ordeal. When John Cheever finally appeared, Donaldson felt relieved to be done with it—and still “jumpy” about possible legal action. For his next book, a biography of Archibald MacLeish, Donaldson made sure to get permission in writing to quote from the poet’s works, published and unpublished, before he started in earnest on the project.

Almost all literary biographers begin their work with admiration for the subject’s literary accomplishments, which readily segues into admiration for the artist. But artists being human, some disillusionment is almost sure to occur, as the biographer digs into the life. Donaldson found that Hemingway, for example, “was often cruel to his friends. He married serially, and did not devote much time and attention to the children of the discarded marriages.”

In a 1991 essay, poet Donald Junkins criticized a half-dozen Hemingway biographers, including Donaldson, for projecting “their own shadows onto their subject, creating Hemingway the Bad Guy,” and failing to grasp that his dark side was the source of his creativity. Donaldson says he “resisted Junkins’s conclusions at first, for I’d tried to eliminate personal disapproval of Hemingway’s behavior from By Force of Will [1977].” But by documenting “the various and sometimes ‘subtly shaped putdowns’ of Hemingway” in that book and the other biographies, Junkins finally persuaded him. “Without meaning to do so, we all passed judgment on him.”

But is passing judgment always to be shunned in a literary biography? Not if essayist Joseph Epstein is correct in thinking that “the formation of character is what biography is about.” But the conviction that the artist is to be judged only by the quality of his art, Epstein noted in a 1983 essay (unmentioned by Donaldson), makes it hard for the literary biographer to judge character.

Still, Donaldson insists, in telling the stories of literary figures and their often difficult lives, “the biographer has to find a balance between, say, admiration for Hemingway’s ‘The Snows of Kilimanjaro’ and abhorrence for his practice of casting off friends and wives. Over time—thinking of one’s own mistakes—I have become less judgmental about the writers who were my subjects. God knows they were hard enough on themselves.”

A Lion at Bay