On the Importance of Discipline in Mass Protest 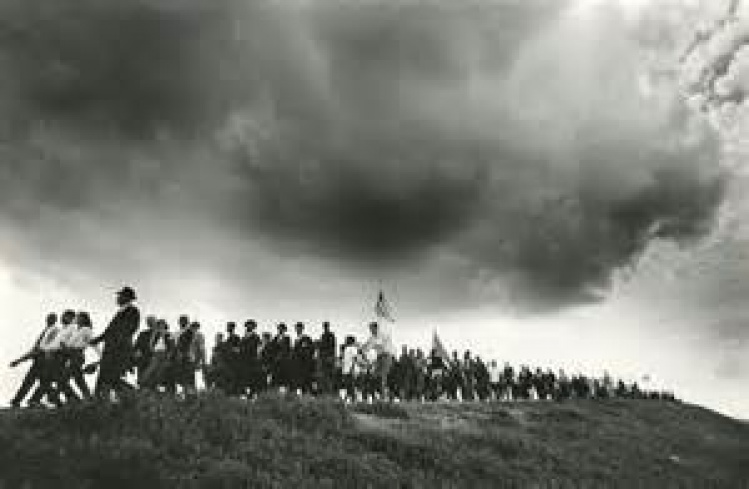 Among the thought-provoking comments in the lively discussion thread prompted by Kaitlin Campbell's superb post, "Thoughts on New York Protests and the NYPD", is one from Jim McCrea (12/27, 6:33 pm) raising questions about the responsibilities of nonviolent protestors (and especially, protest organizers and leaders) when confronted by violence initiated by "self-styled anarchists" marching with them.

This has been a serious and recurring problem at Oakland protests in recent weeks, according to McCrea, and I suspect it was an issue elsewhere too, even before the killings of Officers Liu and Ramos in New York and the shooting of Shaneka Thompson in Maryland by Ismaaiyl Brinsley.

Elsewhere in the blogosphere URI historian Erik Loomis has a brief, powerful reflection on "Violence and Nonviolence" in which he concludes, "It’s just hard to see what violence is going to accomplish within the American context. Even if violent resistance can be morally defended, tactically it can’t be defended."

Loomis is answering a theoretical/ideological question, but doesn't answer the practical question Jim McCrea raised: what are leaders, organizers and participants in public protest to do when others begin destroying property or attacking people?

One effective answer is clear instructions from leaders/organizers to participants (and the general public, the police and the media) about how to act when confronted by violence from within the march or protest.

For example, a couple of years ago Mexican students in the "Yo Soy 132" movement put out a list of clear, disciplined guidelines for isolating and eliminating violence from a march they were organizing:

As longtime radical journalist/organizer Al Giordano observed about the Mexican student movement, "It struck me, reading the guidelines, that it has been decades since I have seen any march of this size include a pledge by participants with that much discipline and awareness that the march is about influencing public opinion (in other words, not about "us" but about everyone). It reminds more of the guidelines from the victorious struggles of Ghandi to win independence from colonial rule in India, the civil rights movement of the 50s and 60s and the anti-nuclear movement of the 70s."