Humility Would Have Helped 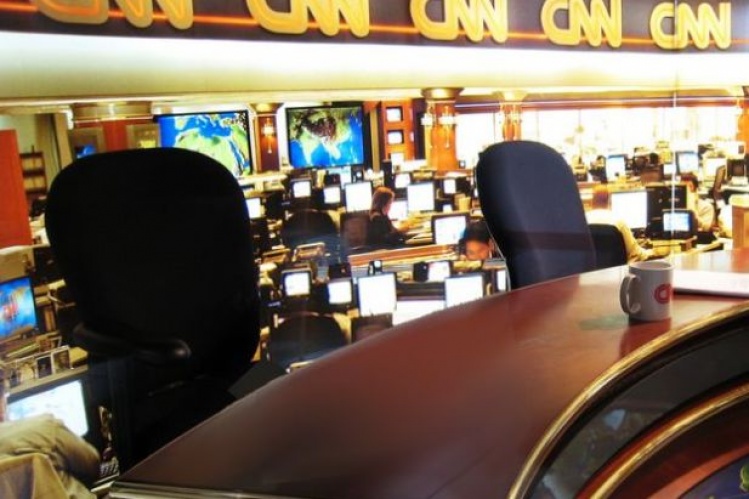 Thomas Aquinas wrote that humility “consists in keeping oneself within one’s own bounds.” He didn’t intend it as advice for journalists, but a little more humility would have helped American news media avoid the disastrous prognosticating that figured prominently in their reporting on the 2016 presidential election.

For journalists, humility means admitting once and for all that we are terrible at predicting the future. It means acknowledging that a proudly cultivated list of inside sources may not be worth all that much. It means following the facts wherever they lead, and then trying to understand them through frames of reference other than our own.

These points are all within the bounds of traditional journalism, but for various reasons they were violated. Blame it on the rush to find speedy answers for a twenty-four-hour news cycle, or on the idolizing of data analysis as a source of truth, or on the felt duty to oppose a candidate who was not only terribly prepared for presidential leadership but who traded energies with a paranoid fringe of American society.

Donald Trump’s victory had a concussive effect on newsrooms. To hear that in the raw, I suggest the podcast a group of New York Times reporters recorded on November 9 about an hour after Trump declared victory. “It’s 3:30 a.m. in the newsroom and we’re in a state of shock,” reporter Michael Barbaro said.

The easy out for the failure to see Trump’s victory as a real possibility is to blame the polls. Humility says otherwise: The polls’ fine print often went unheeded.

Every valid poll reports its margin of error, which is generally about 3 percentage points in either direction. As a result, even if a candidate is leading by 2 points, the race is best characterized as “close,” according to the National Council on Public Polls. Only a candidate with twice the margin of error—leading by more than 6 percentage points—and with no undecided voters should be portrayed as clearly leading.

Reporting based on polls often lacked these distinctions or failed to emphasize the size of the undecided category, which was critical in battleground states. Headlines too often dwelt on polling for a head-to-head contest between Clinton and Trump—which usually favored Clinton—even though such a campaign didn’t exist in real life. The artifice of averaging out the polls received too much credence. And, especially on the cable TV outlets, it was overlooked that in the midst of a volatile campaign, the latest poll offered only a snapshot of some point in time already a few days or weeks in the past.

The end result was to make the coverage sound much more authoritative than it had the right to be. Journalism is not alone in worshiping at the altar of data: it’s commonplace in fields as diverse as business, government, and academia. But for the journalist, the data should be a first stop in the reporting process, not an end in itself.

Overemphasis on polls led to a genre of stories about “states Hillary can lose and still win,” the so-called “firewall,” or the much-discussed “narrow path to victory” for Trump. Unfortunately for the Clinton campaign, it couldn’t actually afford to lose those states.

The denial began in 2015, when many insisted Trump had no chance to win the Republican nomination, polls to the contrary. The editorial director and Washington bureau chief at Huffington Post went so far as to announce that their organization would cover Trump’s campaign as entertainment, not politics. “Our reason is simple: Trump’s campaign is a sideshow,” they wrote. “We won’t take the bait. If you are interested in what The Donald has to say, you’ll find it next to our stories on the Kardashians and The Bachelorette.”

As foolhardy as that sounds now, it would have made sense to cover Trump as a cultural phenomenon rather than exclusively with the tools of political journalism, such as poll data. Perhaps broadcast and cable television news outlets would have been quicker to consider the implications of the trove of free publicity they gave Trump before and during the Republican primary season. They took the bait of Trump’s celebrity, and were hooked on the ratings it brought. Trump received enormous coverage because of his celebrity, and other Republican candidates were mostly featured reacting to whatever Trump said, and not in their own right.

Times reporter Maggie Haberman, who covered Trump as closely as anyone, had this to say in the 3:30 a.m. post-mortem she did with her colleagues: “The one thing that I think the media missed tremendously was that he was so branded as this genius businessman from The Apprentice.”

Trump’s celebrity allowed him to get away with a bombast that other candidates could never muster. Marco Rubio certainly flopped at it. It should be said, though, that Trump was uniquely accessible to reporters during the campaign, often available for interviews. I’ve heard of reporters getting him on the phone in his office in Trump Tower with just a call to his secretary, no media “handlers” present. One can only imagine how many staff meetings and emails would be necessary before a reporter could be permitted to get on the phone with Clinton.

There was in fact brilliant reporting on the 2016 election, especially by the two stalwarts of the East Coast media establishment, the Times and Washington Post. Fact-checking took on additional vigor, and for the first time, it became common for news stories carried by outlets as traditional as The Associated Press to call falsehoods “lies,” an assertion previously limited to opinion columns, editorials or fact-check sidebars. Trump’s conspiracy theories and intentional falsehoods—okay, his lies—made this a necessity. No doubt, more could have been done: to identify “fake” news that proliferated on Facebook and to examine Trump’s potential conflicts of interest more thoroughly, for example. But reporting staffs were stretched to the limit.

The Post’s scoops included the Access Hollywood video of Trump discussing how he forced himself on women, and a piercing investigation of Trump’s foundation. The Times exposed Hillary Clinton’s use of a private email server while she was secretary of state. The paper produced a comprehensive story on women who said Trump actually did what he bragged about on the Access Hollywood video. There were many fine stories on Trump’s finances, especially the one that disclosed he did not pay federal income taxes for many years.

Time-consuming investigative reporting gave many answers to the core question about whether the candidates have the qualifications to govern. That is what mainstream media traditionally do: provide facts so that voters can decide whom to choose. The Post and Times were especially noble in this pursuit since they stood up to a barrage of threats from Trump, much as they once did to Richard Nixon.

SO WHY, THEN, the devastation in the newsroom at 3:30 in the morning?

The failure to foresee Trump’s victory is the immediate answer, but it’s more than that. The problem was that for all the facts that journalists mustered as evidence of Trump’s lack of fitness for the presidency, the outcome of the race said those facts didn’t matter. A significant portion of the American public was not impressed. On the morning after the election, it became clear that Trump had defeated not only Clinton but mainstream American journalism as well.

Had Clinton won, we would not see the soul-searching that is now occurring in the news media. But Trump’s victory led to events like one I attended on November 17 at the City University of New York Graduate School of Journalism, two panel discussions titled “What Went Wrong and What We Can Do About It.” Looking for some answers from a distinguished array of speakers, I decided to go.

A show of hands established right away that few people in this audience of journalists and aspiring journalists had friends who voted for Trump: a quick demonstration of how little diversity of opinion there is in newsrooms.

Benjamin Domenech, publisher of The Federalist, a conservative news outlet that I mostly avoided when I saw it in my Facebook feed during the campaign, made a lot of sense to me now that I was paying attention. He understood that “media” is a plural word; there are distinctions to be made. “The failure as it relates to television is far greater and more significant than the failures related to print,” he said, and I think that’s so. Television “treated Donald Trump from the get-go as a sideshow, not treating him as a serious candidate.”

I was surprised to find myself agreeing with Jeff Jarvis, a CUNY journalism professor known, like Rosen, for advocating citizen journalism (a term Jarvis said they’ve now dropped). Jarvis’s libertarian vision of a journalism based on the conflicting opinions of thousands of bloggers never appealed to me because it bypassed the process of verification and the ethical framework that defines journalism for me.

But here, he spoke about humility and empathy, and I found that wise. Humility for journalists means knowing when we don’t know. And empathy means the ability to see the world through many lenses, including those of the white working class. Those are basic journalistic values that got lost in the 2016 campaign.

The most striking statement came from Masha Gessen, a Russian-American journalist and author who has reported on Vladimir Putin’s Russia extensively. Her New York Review of Books article on how to cover an autocrat, “Autocracy: Rules for Survival,” has received a great deal of attention. She quoted the chess champion Garry Kasparov, who said that many Russians who opposed Putin made the mistake of imagining they were playing a chess game with him.

The story of the election was not that Trump kept saying the outrageous remarks that produced big ratings and heavy web traffic. It was that Trump the celebrity entrepreneur knew his audience better than anyone, and he ran his show accordingly.