How to Survive Trump 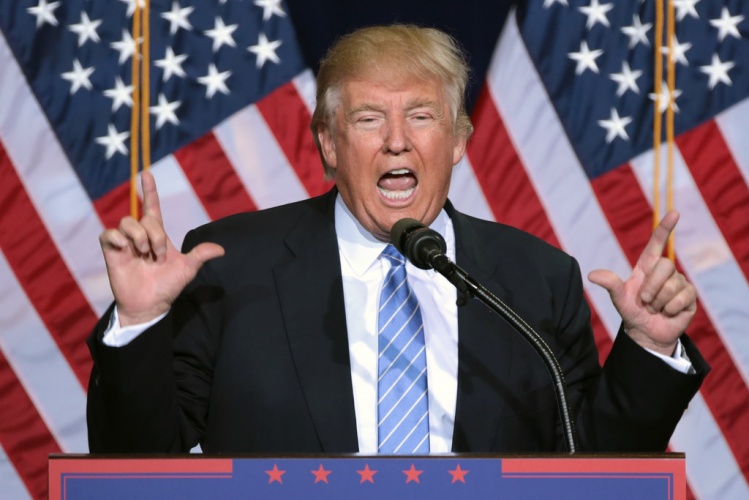 Publishing a hot-button political treatise that aims to assess the meaning of “current events” while transcending their moment, in order to propose sweeping reforms is an act of supreme self-confidence, if not hubris, even in ordinary times. To do so seven months into the all-bets-are-off presidency of a possibly deranged, morally bankrupt, wildly careening one-man wrecking ball risks folly. Who’s to say where this presidency is headed, or how it will end, and with what consequences for American democracy?

Against the odds, however, Dionne, Ornstein, and Mann have overcome the pitfalls of an “instant book”—save, perhaps, the inevitable taint of the overly familiar. (Readers will have long ago digested the dreary details of the first year of our political discontent, making room in the pit of the stomach for the fresh hell of a second.) Delivering practical tips for surviving “Trumpism,” the trio protect their analysis against immediate obsolescence by drawing this hopefully fleeting moment on a larger historical canvas.

The long view allows these proudly progressive public intellectuals to trace the historical roots of the Trump phenomenon to the collapse of traditional norms of American politics and public discourse over the past three decades, and to the simultaneous erosion of a shared sense of national purpose. The broad timeline also allows our reformers to envision a future in which these norms, and the democratic institutions they once bolstered, are restored at greater strength.

The first half of the book is almost as difficult to read as the daily newspaper. For it is an unremitting catalogue of Trump’s offenses against public decorum and common decency during the 2016 campaign, and his assault on competent governance, professional ethics, and American leadership abroad during the initial months of his presidency. How could this person be elected president? Dionne and company insist, rightly, that any hope of reversing the downward spiral unleashed by Trump and “his” supine Republican Congress turns on answering this question.

A chapter that could have been titled “Choose Your Poison” explores whether Trump voters were motivated by his unsubtle race-baiting and fear-mongering, or by enduring economic malaise in the Rust Belt. The sad answer is “both.” While it is impossible to disentangle the upsurge of open bigotry and xenophobia from the loss of manufacturing jobs and the alienation of the American worker, “nativism and racial feeling, including outright racism...were indeed a decisive part of Trump’s appeal.” The authors point to various data, including the exit polls of voters who listed immigration as their most important issue and voted overwhelmingly for Trump, 64 percent to 33 percent. (But it is also true that voters who said that trade with other countries took away American jobs voted for Trump by a comparable margin.)

Old-fashioned populist resentment of “clueless” elites also spiked. The authors quote a white working-class Trump supporter: “’I’d love to see one-tenth of the outrage about the state of our lives out here that you have for Muslims from another country. You have no idea what our lives are like.’”

Here, as elsewhere, the historical perspective is illuminating. It was the 1960s, when postwar prosperity was at its zenith, which saw the great gains in civil rights, a far more generous immigration policy, and an initially popular “war on poverty.” The authors, citing the economist Benjamin Friedman, note that a rising standard of living makes a society more open, tolerant, and democratic; by the same token, a sustained period of hard times uncorks a meanness in the land.

The authors’ method—distilling and contextualizing reams of public commentary, scholarly studies, and polling data—also produces a succinct, focused account of “the most unlikely achievement of [Trump’s] campaign”: the fact that he won the largest margin among white Evangelicals of any Republican presidential candidate since exit polling began. Catholics have nothing to crow about—white Catholics voted by almost exactly the same margin for Trump as all other whites—but the shift in the moral standards of white Evangelicals, Dionne and company marvel, was “genuinely breathtaking.”

In 2011, when asked if a politician who committed an immoral act could fulfill his or her public duties, only 30 percent of white Evangelicals said yes; in 2016, 72 percent said yes.
sharetweet

In 2011, when asked if a politician who committed an immoral act could fulfill his or her public duties, only 30 percent of white Evangelicals said yes; in 2016, 72 percent said yes. White Evangelicals, the authors point out, went from being far less inclined than the country as a whole to separate a politician’s personal life from his or her professional life, to being more insistent than almost any other group on doing so. “It is hard to escape the conclusion that whatever else was going on, white Evangelicals changed their views on what had once been a matter of deep conviction to justify supporting a presidential candidate they knew to be, by their own moral reckoning, personally immoral,” they write. “It was one of the most dramatic examples of how Trump debased so many aspects of American public life.”

Less convincing, in this case, is the historical explanation for this sea change. Surely there was more to it than the culmination of a long-festering reaction to the passage of civil-rights law under Lyndon Johnson, and the 1983 Supreme Court decision to uphold the Internal Revenue Service’s revocation of the tax-exempt status of Bob Jones University for discriminating against nonwhites. In any case, Dionne, Ornstein, and Mann echo the lament of Rob Schenck, a conservative Evangelical pastor who worried that the enormous Evangelical turnout for Trump “could be the undoing of American evangelicalism. We could just become a political operation in the guise of a church.”

The second part of One Nation After Trump outlines a series of proposals to revive the dying art of political compromise and evidence-based policymaking, and to reinvigorate civil society and local community groups for civic participation and social change. Significant space is given to the urgent need to mitigate the practice and effects of gerrymandering and to defeat Republican Party efforts to undermine deliberative democracy. Ensuring the enforcement of voting rights is also a major objective, to be gained by a series of mostly common-sense measures (e.g., guaranteeing online voter registration in every state; expanding hours, days, sites, and improved technologies for Election Day voting).

A few passages in these concluding chapters are idealistic and aspirational to a fault, and some of the proposals and expectations are thinly sketched and improbable in the near term (e.g., instituting one eighteen-year term for Supreme Court justices, rather than a lifetime appointment; the ascent of more long-term “builders” and fewer short-term “traders” in the corporate world). But most of the recommendations are measured, sensible, and conceivably more plausible in the mid to long term. Taken together the reform agenda set forth in these pages could suffice in achieving the authors’ stated, modest intent—namely, to spark a conversation among progressives about how best to translate the lessons learned from Trump’s election into an action plan for moving the electorate toward a moderate center dedicated to pursuing the common good.

The treatise is a manifesto and thus inescapably partisan. Although Democrats shoulder a portion of the blame for the mess America finds itself in, and come in for stinging criticism for misreading key elements of the electorate and blithely ignoring large swaths of “flyover country,” the authors leave no doubt where the lion’s share of the responsibility lies. The Republican Party leadership’s relentless, cynical, narrowly self-interested, and hypocritical (I’m summarizing, believe me) manipulation of millions of Americans into a self-defeating distrust of government and, more egregiously, of their fellow citizens has led the GOP into a dead end. It threatens to become no more than a “white man’s populist party.”

This may be wishful thinking, along the lines of the authors’ speculation that disgruntled Republicans might move away from Trump’s rightward GOP and become “neomoderates” (another historical allusion, recalling the formation of the neoconservative movement that was a reaction to the excesses of a tired liberalism). Such a political realignment would unfold only if the progressives include in a new centrist coalition a healthy public space for traditional conservative social values and economic policy.

This historically informed, forward-looking assessment of our current situation, “rushed into publication” out of an understandable sense of urgency, merits careful consideration. Let us hope that the authors’ vision of “a new patriotism,” grounded in a spirit of inclusion and inspired by a love of American democracy, remains within reach.

One Nation After Trump
A Guide for the Perplexed, the Disillusioned, the Desperate, and the Not-Yet Deported
E.J. Dionne Jr., Norman J. Ornstein & Thomas E. Mann
St. Martin’s, $25.99, 352 pp.

R. Scott Appleby is the Marilyn Keough Dean of the Keough School of Global Affairs and professor of history at the University of Notre Dame.