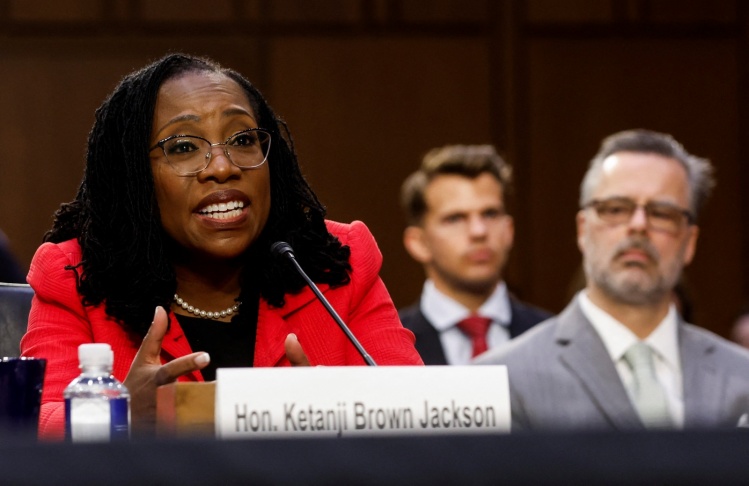 The final report from the Presidential Commission of the Supreme Court of the United States arrived with little fanfare in December 2021. It came several weeks before Justice Stephen Breyer announced his retirement, which was followed in February by Joe Biden’s nomination of Ketanji Brown Jackson to take his place. With Jackson’s appointment Biden fulfills his campaign promise of naming a Black woman, the first ever, to the high court.

The creation of the commission, in April 2021, fulfilled another of Biden’s promises: to study why the Supreme Court was “getting out of whack,” as he had put it in a 60 Minutes interview. It was not meant to make recommendations or endorse particular proposals, but only to examine and analyze “arguments...for and against reform,” as Linda Greenhouse explains in the New York Review of Books. Some on the Left, justifiably angry at Mitch McConnell and the GOP for scuttling Merrick Garland’s election-year nomination in 2016 and then hypocritically fast-tracking Amy Coney Barrett’s in 2020, have dismissed the final report precisely because it doesn’t call for expanding the court or other measures they advocate. Yet Samuel Moyn and Ryan Doerfler, writing in the Atlantic, judge the commission’s work a success because ideas once considered on the fringe “have now moved to the center of Court discourse.” Moyn himself, as a commission witness, stressed that the key issue is not that the court’s “legitimacy” is at risk, as so many pundits and politicians have put it, but that the court “thwarts the democratic authority that alone justifies our political arrangements.” Moyn does not think that adding a few seats to the court would have any meaningful impact. But if we’re serious about reducing the power the court now has in determining so many aspects of American life, our elected leaders should consider some of the other reforms the report proposes, from limiting its jurisdiction to abolishing life tenure.

Her experience as a public defender is not a liability but rather a clinching argument in her favor.
sharetweet

In the meantime, Jackson will join the court we currently have, and her appointment should be hailed for what it is. “Let me just acknowledge that this has never happened before,” Sen. Cory Booker enthused as the confirmation hearings began. His emotion felt genuine and appropriate, a joyful contrast to the hostile, outlandish attacks mounted by committee Republicans, who used the hearings to misrepresent Jackson’s record, relitigate previous confirmation battles, cast conservative white males as an oppressed minority, and sow panic over Democrats’ “radical agenda.” (During the hearings, the Republican National Committee posted an image of the nominee, with the initials “KJB” crossed out and replaced by “CRT,” for critical race theory.) Jackson’s merits are indisputable, and her résumé—Harvard Law School, Supreme Court clerk, federal judge—resembles those of other justices. Unlike other justices, she has also worked extensively on behalf of the poor and the powerless. Her experience as a public defender and as an advocate for prisoners at Guantánamo Bay is not a liability but rather a clinching argument in her favor—evidence of her compassion and her commitment to basic Constitutional rights.

Jackson’s appointment does nothing to change the Supreme Court’s ideological makeup—conservative judges will still hold a six-to-three majority—though it does give the court another Protestant. (Neil Gorsuch was raised Catholic but is now an Episcopalian.) “Ketanji Onyika,” as she told the committee, is an African name meaning “lovely one,” bestowed on her by parents exemplifying the values so many conservatives profess to treasure—heritage, hard work, family. She, too, exemplifies those values. If Justice Jackson is confirmed on a mostly party-line vote, as expected, it will say less about her than about Republican senators using a historic moment to make shameless appeals to their base.