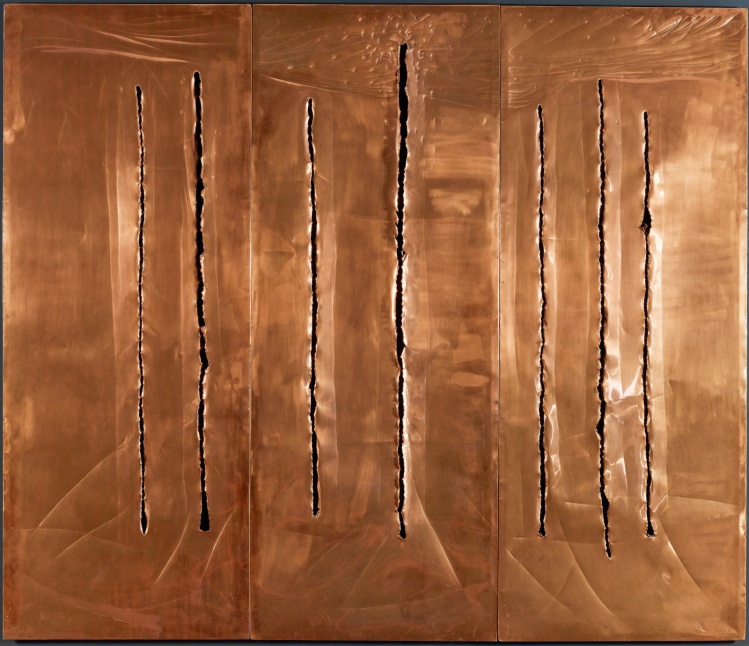 The Castagno Miraglia is a monumental chestnut tree planted more than three centuries ago by Benedictine monks in the Apennine mountains of central Italy. Thirteen feet wide and more than sixty feet tall, it stands alone in a forest clearing, surrounded by ranks of firs and beeches. Shiny green leaves hang from gnarled branches that jut out from thick layers of bark and soar toward the sky.

The most arresting feature of the tree is found at its base—a cave-like hollow big enough to accommodate a studious monk. In fact, there’s a photo that proves it: taken in the early twentieth century, it shows a habited Benedictine seated contentedly within, poring over a large book of scripture at a small table as he supports his head with his right hand. A whimsical image of the contemplative life—though clearly staged. This pious projection of an imagined religious past, when hermits lived in harmony with God and the natural world, doesn’t accurately document the community’s spiritual practices. Also, the table’s no longer there, and a wooden fence now prevents pilgrims, tourists, and animals from getting too close.

Still, back when I was a postulant, I visited the tree often. It’s just a short walk from the monastery, and I’d stop there to pray for a few moments before continuing my solitary hikes along the mountain trails. I was drawn to that void at the center, both unsettling and soothing at the same time.

Monastic spirituality, with its steady rhythm of prayer and work, its insistence on finding joy in the midst of suffering, is all about learning to balance contradictions. And that’s what the tree used to teach me. That hollow at its base could look like a wound, an open incision. As I gazed on it, in my chest I would feel a sting of grief, doubting my own goodness and recalling all the ways I’d let God down. But soon enough it would reassume its appearance as a shelter. I’d rest there for a while in silence, then resume walking.

In 1958, Lucio Fontana began a series of works known as I tagli, or The Cuts. They consist of nothing more than painted monochrome canvases slashed with an exacto knife. To give the gashes added depth, Fontana curled their edges down and backed them with black gauze, rendering them more sculptures than paintings.

What The Cuts might mean is a mystery. In the 1960s, at the height of Italy’s postwar economic boom, they were taken as images of disruption and division, mirrors of the West’s plunge into consumerism and the Cold War. They were later compared to female anatomy and the wounds of Christ, twin symbols of desire and death. Now, they’re often seen as iconoclastic statements about painting itself, provocatively denouncing the medium’s pretenses.

Some sculptures retain traces of Fontana’s body, fingerprints and smudges left behind after he punched chunks of multicolored glass into thick globs of black and silver paint.
sharetweet

There’s evidence for all of these interpretations, but Fontana’s primary interests lay elsewhere. Over the course of two decades he pioneered spatialism, a new artistic movement that probed the interactions between the work of art, its surroundings, and human perception. As he wrote in a 1947 manifesto, he and his followers aspired to create an art “based on the unity of space and time,” but nevertheless capable of embracing something beyond its surfaces. Thus the slashes, punctures, and tears: empty spaces where the works break open, yielding to what Fontana called “the void, the infinite, and the fourth dimension.”

To make that leap, Fontana dove into raw, messy materiality. His attraction to matter is evident everywhere, from the blue-green glaze of his early terra cotta sculptures, which mimic the brine of the Ligurian Sea, to the glimmering metals of his late large-scale works, lined with scratches and serrations inspired by the skyscrapers of Manhattan. Some sculptures even retain traces of Fontana’s body, fingerprints and smudges left behind after he punched chunks of multicolored glass into thick globs of black and silver paint—an homage to the surface of the moon.

From photographs we know that Fontana was most at ease when at home in his studio in central Milan. One, from 1949, shows him seated shirtless atop one of his sculptures on a sundrenched patio. Another, taken in 1964, depicts him in profile as he stands wistfully by a window, sleeves rolled up and exacto knife in hand. Both images reveal Fontana’s casual confidence in his art.

But a 1959 shot captures him in a more reverential attitude, as he bends low to examine a sculpture from his series Spatial Concept, Nature. Resembling a massive boulder, the work appears to throb with a mysterious, almost numinous energy. It looks like it’s about to burst: un terremoto non mosso, an unmoved earthquake, as Fontana called his sculptures. Here his paradoxical description is apt: extending his hands to touch the work’s surface, Fontana appears to make contact with the invisible force contained within.

I used to wonder how the hollow had formed in the chestnut tree. It must have happened slowly, widening incrementally over hundreds of years. Standing before it, I’d recall the Liber eremitice regule, a twelfth-century rulebook for hermits penned by Rudolph II, one of the monastery’s first abbots. In one memorable passage, Rudolph urges his monks to ponder the trees in the forest in order to absorb and imitate their virtues:

Therefore you will be a cedar for the nobility of your sanctity and sincerity; an acacia for the sting of your correction and penance; a myrtle for the discretion of your sobriety and temperance; an olive for the joy of your peace and mercy; a fir for the height of your meditation and wisdom; an elm for your sustaining labor and patience; and a boxwood for your humility and perseverance.

Rudolph doesn’t mention the chestnut, which wouldn’t be planted for several more centuries, but I think he’d have approved of the attention I paid it. Besides patience, the tree demonstrated another important monastic virtue: hospitality, the practice of welcoming and caring for every visitor as if they were Christ.

I still think about this passage, and the chestnut, when I go walking in the wooded park near my neighborhood in New York City. There’s a small secluded valley with freshwater springs and rock formations cut by glaciers. Here, in solitude, removed from the din of traffic and immersed in nature, I can let go of my worries. Slowly, patiently, I recall all of the good things in my life, and I give thanks to God.

The official name Fontana gave The Cuts was “Attesa,” which can be rendered as “waiting” in English, or even “expectation.” In modern Italian, the term is part of everyday speech, as in sala d’attesa, a waiting room in a train station, or venir meno all’attesa, to fail to meet expectations. In this sense, the violence Fontana inflicts on the canvas with his knife reveals a certain anxiety, an impatience with waiting, even an apocalyptic desire to see what lies behind the veil, as if he wants to see his expectations realized.

But there’s another, more antiquated use of the term that shifts our understanding. In medieval Italian (and Latin), the verb attendere, from which attesa derives, connotes the idea of care, like “attention” or “attentiveness” in English. In this sense, Fontana also attends to the canvases after injuring them: he cares for them at their weakest points, delicately bending the cuts back with his fingers, dressing them in gauze, as if bandaging a wound. The works no longer provoke frenzy or pain, but radiate a feeling of serenity and peace.

Every morning during Lent, we chanted a hymn during Lauds. Based on a Mozarabic text from the tenth century, the refrain reads: Attende Domine, et miserere, quia peccavimus tibi—Hearken O Lord, and have mercy, for we have sinned against You. I was always struck by the lightness and joy of the Gregorian melody, and the inviting images of Christ (Via salutis, Ianua caelestis) contained in the first few verses. Invoking Jesus as the Way of Salvation and the Gate of Heaven offered consolation in the face of those grim (and all too accurate) admissions of guilt.

In a manner similar to Fontana’s art, the Attende Domine foregrounds contradiction and paradox. Cutting through human pretense and self-deception, it draws us into the mystery at the heart of Christian faith. Even our worst crimes and our most shameful, embarrassing sins cannot separate us from Christ’s extravagant mercy. As Isaiah has it: He bore the punishment that makes us whole, and by his wounds we are healed.

There’s one final meaning of attendere. It means to satisfy or fulfill—as in to make good on a debt, or to come through on a promise. As I look back over the past few years of my life this Lent, I’m conscious of my own woundedness, my need for forgiveness and redemption. But I also see that I’ve begun to heal. So I no longer hide my wounds. Transfigured by grace, they offer shelter and hospitality, a quiet space for others to rest and be free. I left the monastery. But Christ, attending to his promise, never left me.

Can the Word Become a Hashtag?