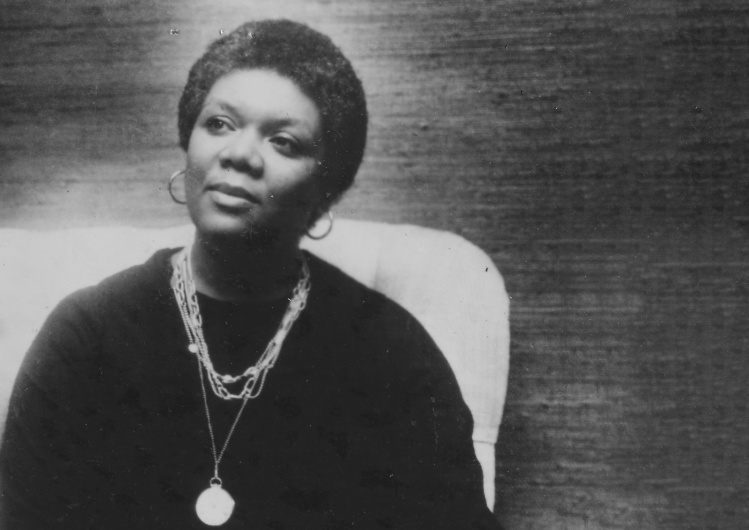 A passage in Walt Whitman’s seminal 1855 work, Leaves of Grass, reads, “And do not call the tortoise unworthy because she is not / something else, / And the mocking bird in the swamp never studied the / gamut, yet trills pretty well to me.” Another reads, “For me the man that is proud and feels how it stings to be / slighted, / For me the sweetheart and the old maid…for me / mothers and the mothers of mothers, / For me lips that have smiled, eyes that have shed tears, / For me children and the begetters of children.”

Lines from “Song of Myself,” the book’s longest poem, help separate the chapters of the African-American poet Lucille Clifton’s Generations: A Memoir. Perhaps, in part, that is because of three qualities of Whitman’s work, evident in the lines above: celebration of life, acknowledgment of its difficulties, and recognition of beauty wherever it is found.

Those qualities are present in Clifton’s poems. Consider these lines from “song at midnight,” in Clifton’s 1993 collection The Book of Light:

brothers,
this big woman
carries much sweetness
in the folds of her flesh,
her hair
is white with wonderful,
she is
rounder than the moon
and far more faithful,
brothers,
who will hold her,
who will find her beautiful
if you do not?

...come celebrate
with me that everyday
something has tried to kill me
and has failed.

The celebration is frequent, as in the poem “homage to my hips” in her 1980 volume Two-Headed Woman, or in “the earth is a living thing,” also from The Book of Light: “is a black and living thing / is a favorite child / of the universe / feel her rolling her hand / in its kinky hair / feel her brushing it clean.”

Those qualities—celebration, acknowledgement, recognition—are also abundantly present in Generations, originally published in 1976 and newly reissued by NYRB Classics, with a foreword by the poet and memoirist Tracy K. Smith. Clifton (1936–2010) was the author of over a dozen volumes of poetry and many children’s books, nearly half of them featuring a Black boy named Everett Anderson. In Generations, she tells the uniquely Black and quintessentially American story of her family.

To this already dramatic tale, Clifton brings a folksy poetry and an economy that amounts to a magic trick.
sharetweet

The bare bones: Clifton’s great-great-grandmother Caroline was born in 1822 in the West African kingdom of Dahomey, in what is now Benin. Caroline and her mother, sister, and brother were captured, enslaved, and taken “on a boat” to New Orleans. Later, in Virginia, Caroline’s family was broken up—after the age of eight, she never saw her mother again—and Caroline was sold to a man named Bob Donald. She married Sam Louis Sale (the family name was later changed to Sayle, then Sayles), with whom she had several children, and was trained as a midwife. Following the Civil War, Caroline’s daughter Lucy married a white “carpetbagger,” Harvey Nichols, whom she later shot to death. Lucy was tried for murder and hanged. Lucy and Harvey’s son Gene, a handsome man with a withered arm, died when his son Samuel was six years old; afterward, Caroline, Samuel’s great-grandmother, cared for the boy, just as she had taken care of his father.

Then things get more complicated. Samuel, born in 1902, married a woman who bore him a daughter before she died at twenty-one; he then married her friend, who died at forty-four, after giving birth to a son and a daughter (Thelma Lucille Sayles, who became Lucille Clifton). With a third woman, his neighbor, Samuel had yet another daughter. The daughters were all friends, as were their mothers: “Three women who had loved Daddy. Three daughters who had loved Daddy.” As a young man Samuel Sayles went north to Depew, New York, arriving on the same train as the father of his second wife, Clifton’s mother. In Depew, Clifton’s father, grandfather, and uncles worked in the steel mill, before her immediate family moved to Buffalo when she was a small child. Clifton became the first in her family to attend college, studying drama at Howard University, which she left after two years.

To this already dramatic tale, Clifton brings a folksy poetry and an economy that amounts to a magic trick: the book comes in at eighty-nine pages. The occasion for her remembrance is the drive she took with her husband and brother to attend her father’s funeral. One of the pleasures of Generations is the way Clifton captures the voice of her father, the source of much if not most of the family history. He addresses the author, touchingly, as “Lue,” and his words sometimes sing from the page with their rhythms and blues-like repetitions: his great-grandmother Caroline, he told Clifton, “was born among the Dahomey people in 1822, Lue. Among the Dahomey people, and she used to always say ‘Get what you want, you from Dahomey women.’ And she used to tell us about how they had a whole army of nothing but women back there and how they was the best soldiers in the world.” In Clifton’s portrait of Samuel, celebration and recognition fuse, recalling a Toni Morrison–like but real-life, homegrown Black inventiveness: “My father had left school in the second or third grade and could barely write more than his name, but he was an avid reader. He loved books. He had changed his name to Sayles (instead of Sayle) after finding a part of a textbook in which the plural was explained. There will be more than one of me, my father thought, and he added the s to his name.”

Samuel’s words are likewise a fusion of acknowledgement and celebration: “We fooled em, Lue, slavery was terrible but we fooled them old people.” He adds, in a line quoted twice in Generations, “We come out of it better than they did.” Here, too, Clifton’s fierce economy is at work: Clifton wisely leaves it to the reader to discover her father’s meaning. A possible interpretation of “We fooled em” might be that Black people in America did better than anybody thought, not only surviving but creating; and the meaning of “We come out of it better than they did” may be that while Blacks suffered in slavery and its aftermath, they did not, like their oppressors, face the ruin of their souls. This is not the equanimity of the deluded or uninformed; Samuel Sayles had clear memories of an enslaved ancestor. Rather, it is wisdom, hard-won and, for that reason, affirming.

Separating the book’s chapters are, in addition to lines from Whitman, old family pictures, taken in the days when photographs were serious affairs and their subjects correspondingly dignified. The eyes of Lucy, Gene, and Samuel gaze at us from the page and from the past, signaling the presence of an unknowable inner reality.

Blues-like: “Well,” one of Clifton’s chapters begins, the word constituting its own, unpunctuated paragraph. That brings to mind the “Well” half-spoken, half-growled by the seminal bluesman Robert Johnson in “Walking Blues.” Johnson’s “Well” follows the lines “I woke up this morning / and all I had was gone,” and it prefaces what comes next. And so with Generations. Some bad things happened, but that’s not even half of the story.