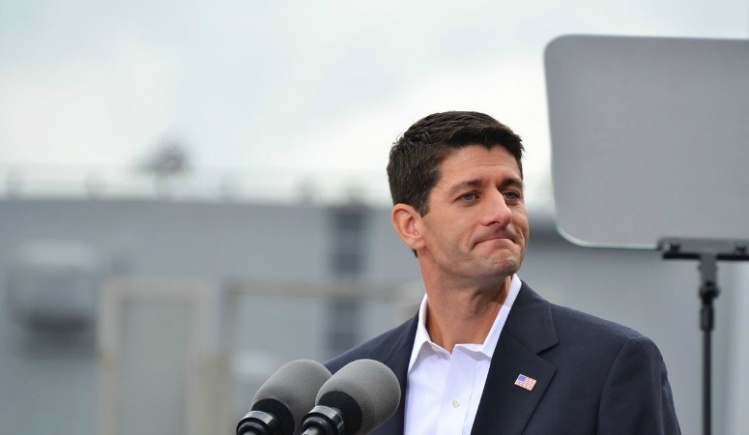 "No modern precedent exists for the revival of a party so badly defeated, so intensely discredited, and so essentially split as the Republican Party is today."

Thus wrote George Gilder and Bruce Chapman in The Party that Lost its Head, after Barry Goldwater's landslide 1964 defeat. The costs of the debacle were very high: The GOP lost thirty-six House seats and its Senate contingent was reduced to a corporal's guard of thirty-two.

No one is likely to bring up the 1964 election when Donald Trump meets on Thursday with House Speaker Paul Ryan and other leading Washington Republicans. But behind all the talk we'll hear this week about principles, philosophy, and temperament lies a profound fear that Trump's likely nomination could lead to GOP carnage all the way down the ballot.

At this point, assessing the Trump Effect is speculative, since—even assuming, prematurely, a Trump trouncing—not all landslide losses are created equal when it comes to their broader impact. Lyndon Johnson's win over Goldwater along with the victories of Ronald Reagan in 1980 and Barack Obama in 2008 had clear down-ticket effects. But the substantial triumphs of Dwight Eisenhower in 1956, Richard Nixon in 1972, and Bill Clinton in 1996 did not call forth comparable congressional earthquakes.

What is not speculative is the impact Trump's emergence has already had on vulnerable Republican senators up for re-election this year in blue or purple states. They know Trump is a problem for them, but they confront a dilemma: To win re-election, they need support from middle-of-the-road voters, particularly suburban women put off by Trump; but they also need help from voters who actually like Trump. The same will be true in many contested House races.

This tension reduced Ryan, who loves soaring rhetoric about principle, to serving up bureaucratic mush at a news conference on Wednesday. When asked about his meeting with Trump, he explained: "We have to go through the actual effort and process of unifying."

In some cases, the "process" of dealing with Trump has led to some remarkably inartful verbal gymnastics. Republican Senator Kelly Ayotte of New Hampshire, in a tough race against Democratic Governor Maggie Hassan, sent reporters scurrying to their thesauruses when her office issued a statement saying she would "support the nominee" but wasn't "planning to endorse anyone." Parsing the difference between "support" and "endorse" is likely to endure as a political parlor game.

Republican Senator Mark Kirk, generally seen here in Illinois as an underdog for re-election against Democratic Representative Tammy Duckworth, has tried an altogether different and somewhat more straightforward approach. Kirk says he would support Trump, who, he argues, might also help Republicans with turnout this fall. But Kirk also goes out of his way to highlight how different he is from Trump on issues ranging from foreign policy to gun control. He's with Trump except when he isn't.

In Pennsylvania, Republican Senator Pat Toomey faces Democrat Katie McGinty in another key race. In an op-ed for the Philadelphia Inquirer, Toomey held back his support for Trump and invited him to earn it. Lest anyone confuse him with Trump, Toomey criticized "his manner and his policies" as well as his "vulgarity, particularly toward women."

Toomey's harsh words about Trump would not surprise David Axelrod, the architect of President Obama's two victories. He believes Trump could have a "really dramatic effect on some of these Senate races."

In an interview, Axelrod said, contra-Kirk, that Trump could suppress Republican turnout and also that many Trump supporters who do vote might skip the rest of the ballot, since "they are not terribly interested in affirming" incumbent office-holders.

On the other hand, in states with large Latino populations—Axelrod cited Arizona, where Senator John McCain is in a tough contest—Trump could mobilize an unusually large turnout among his Democratic-leaning foes.

And the Chicago political veteran pointed to the paradox that Trump, whose supporters see him as someone who "speaks his mind," is forcing many Republicans to twist themselves into philosophical pretzels as they try simultaneously to embrace and distance themselves from Trump.

Axelrod spoke of the challenge before Republicans such as Ryan as they try to preserve their standing as principled politicians while also preaching party unity. They will be forced to declare, in effect: "I don't believe in anything he's saying, but I support him because he's the nominee of the party."