Giving Thanks for Journalism 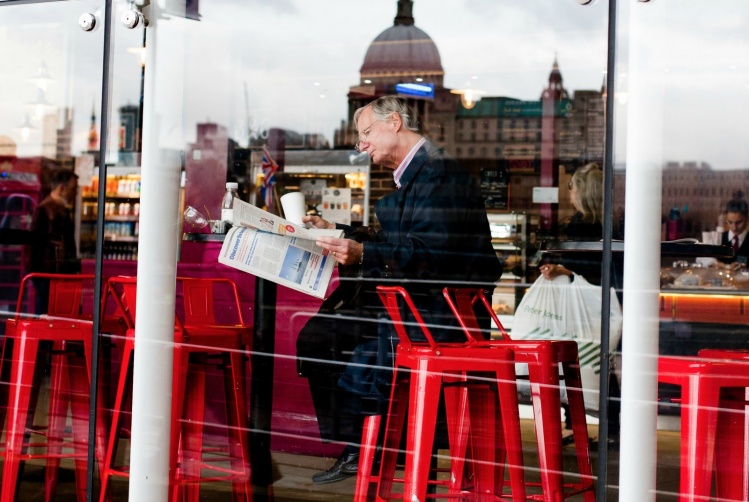 Thanksgiving is a splendid holiday, but also a useful one. It reminds us that gratitude is a virtue. We owe the most satisfying parts of our lives to others and fool ourselves if we imagine otherwise.

We usually begin, rightly, by thanking our families since they are (if we are lucky) both the original and ongoing sources of love and nurture. But we should also be aware of our debt to institutions and their stewards. This year, a peculiar candidate for acknowledgment kept forcing its way into my thinking: journalism.

Since you are reading this in a newspaper or online at a media site, you might chuckle derisively at my presumption. The guy makes a living from journalism, so of course he's grateful.

True enough, but the political crisis we confront has encouraged a great many who are neither scribes nor broadcasters to consider why journalism matters to a democracy. Among the many helpful books and articles on this subject, I particularly recommend a 2009 essay by Paul Starr, a Princeton University professor.

One of his central observations, from cross-national studies: The lower the circulation of newspapers in a given country, the higher the level of corruption. Journalism, it turns out, is an essential restraint on abuses by the powers-that-be, and all the more so when the checks and balances inside government are faltering.

Since journalists are human beings, we are by our very natures flawed. It's not hard to point to our shortcomings. So in the interest of offering a model of what journalism is supposed to be (and, in the spirit of Thanksgiving, to express appreciation to someone I hold dear), permit me to introduce you to Shelly Binn, one of the best editors I will ever know.

Shelly, who died eleven years ago at the age of 83, was The New York Times' metropolitan political editor back when I covered state and local politics for the paper. One dramatic example will suffice to give you a sense of his devotion to service—and also of how much he loved politics.

On November 3, 1944, Shelly, an Army anti-tank gunner, was gravely wounded in Holland and lost an eye. He was unconscious for four days, and when he finally came to, his very first question was not about his condition. He wanted to know if Franklin Roosevelt had won re-election.

Journalism shouldn't wait for some powerful ‘they’ to settle things.
sharetweet

Shelly believed passionately that an essential journalistic task was to provide citizens with unbiased information so they could influence the decisions that affected them. At one news meeting, he and his colleagues pondered an article for the next day's paper about a proposed new master plan for development of Manhattan's West Side.

It was not the most exciting account, and one asked, “Can't we wait until they decide on it?”

To which Shelly shot back: “What the hell are we, Pravda?”

It's a question I hope we ask every day. Journalism shouldn't wait for some powerful “they” to settle things.

The best lesson Shelly ever taught me came when I shared information with him about alleged corruption by a politician. I knew another newspaper had it, too, but I wasn't sure it all checked out.

Shelly said something more editors should be willing to say in this age of instant publication online: “Sometimes, it's better to be second.”

He was not trying to quell my competitive instincts. He very much wanted us to be first when we were right. But above all, he didn't want us to be wrong, especially when someone's reputation was at stake.

The competing paper published the charges first—and they turned out to be false.

Shelly had a delightful way of signaling that a seemingly harebrained idea came from above. “This is high church,” he would say. He was telling us that we had to deal with the idea somehow, but that he'd back us up if we reached conclusions the top brass had not expected. And he always did.

It might surprise regular readers that one of my very favorite editors was rather conservative in his politics as he became disillusioned with what he saw as liberalism's failures.

But his personal politics never shaped his view of what constituted a valuable story. The writer Charles Kaiser, also a Shelly fan, noted that he “was so utterly straight that his judgment was never clouded by ideology” or, more miraculously, by “internal politics.”

This is what day-to-day reporting strives for, and I give thanks that I encountered someone early on who truly took this mission to heart.

The Heart of Francis's Mission