France on the Move 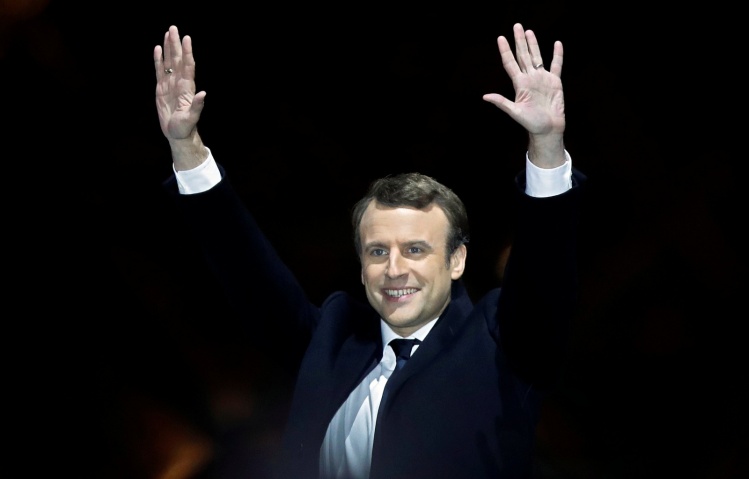 The results of France’s presidential election earlier this month were astonishing, but not exactly a surprise. Long before the vote, it was clear something had changed. This winter, as the elections took shape, workers at the Pompidou Museum in Paris went on strike. To be sure, there is little news in a strike by public workers in France. But these workers held private contracts and had walked out in order to avoid becoming state employees! Had French politics been turned on its head? Given the results in May, it would seem that they have.

For all the unexpected twists and turns of the election, however, the prominent cast of characters was hardly unknown to the French public. On the left, despite his anti-system fervor, Jean-Luc Mélenchon was a career politician. His populist rival on the far right, Marine Le Pen, carries one of the most recognizable, and infamous, last names in French politics. François Fillon was certainly not an unknown quantity either, having served as prime minister under Nicolas Sarkozy from 2007 to 2012. Even the surprise victor of the socialist primary, Benoît Hamon, had been a minister of education under François Hollande’s unpopular presidency and a leading figure of the party since his university days.

There was, however, one candidate few French voters had even heard of a mere three years earlier. Though he served briefly as economics minister under Hollande, Emmanuel Macron had no party and had never held elected office. How was a thirty-nine-year-old political novice, whose candidacy had been dismissed from its outset as unserious, able to upend such a strong field of well-known candidates—and with it the two-party system that has dominated French politics in the Fifth Republic since 1958? The answer no doubt lies, at least partially, in the issues that animated voters. Throughout the elections, the French seemed particularly sympathetic to the kind of populism that nourished Brexit and Trump’s victory in the United States. That sympathy reflected a desire to topple a system broadly viewed as captive to career politicians and entrenched political parties.

Indeed, the primaries focused attention on matters that candidates from those traditional parties seemed ill-equipped to manage. The probity of the “political class” became a recurring theme as former president Nicolas Sarkozy’s legal troubles with campaign finance and Alain Juppé’s previous conviction in a fake jobs scandal resulted in Fillon’s emergence as the incorruptible candidate. That did not last long. There was nothing technically illegal about Fillon hiring his wife as his parliamentary assistant, but as suspicion spread that she rarely performed any real work, his claims to integrity dissolved. Revelations that he had also hired his own children didn’t help, nor did his having accepted expensive bespoke business suits from a well-known lawyer and political consultant. Then there were his lucrative consulting contracts, which supplemented his salary as a former prime minister and member of parliament. Fillon was slow to recognize that there was more at stake in these revelations than a mere smear campaign in the press. As his calls for unprecedented cuts in public spending ran up against the lavish lifestyle he had sculpted for himself and his family over years of public service, his poll numbers slid badly.

How was a political novice whose candidacy had been dismissed from the outset able to upend a field of well-known candidates?
sharetweet

On the far right, Marine Le Pen seemed impervious to such disgraces. As news broke that she too may have misappropriated funds from the European parliament to finance her party and campaign, her supporters seemed to care little, preferring to focus on her calls for France to wrest back its sovereignty, and on her invectives against politicians who had betrayed their country and handed the “true France” empty promises. While her polling numbers dipped below Macron’s, Le Pen’s core support seemed to harden around her anti-immigration agenda. Only her far-left opponent, Jean-Luc Mélenchon, seemed capable of competing with her verbal jousts and rhetorical audacity. He too called for France to throw off the shackles of submission imposed by global capital and a neoliberal Europe. He too rejected the “self-serving” politicians who ignored the plight of those French left behind in today’s economy. And he too rose in the polls, soon rivaling the other contenders.

Nevertheless, by early May, as the election approached, the Macron bubble refused to burst. Coining the name “En Marche!” (“Onward!” or “On the move!”), the candidate channeled the anti-system energies to create a political movement that was more than a party—the man and the movement even sharing the same initials, EM. Far from being disqualifying, Macron’s youthful energy and relative lack of political experience built on the kind of fervor that brought Justin Trudeau and Matteo Renzi to office in Canada and Italy. But Macron is neither the son of a former prime minister, like Trudeau, nor the mayor of a major city like Renzi. Instead, he has risen by a careful cultivation of ambiguity. His insistence on the necessity of “moralizing” French politics, reinvigorating Europe in the wake of Brexit, reforming the legal code on labor, reducing unemployment and ensuring economic stimulus was attractive to many in the center of the French electorate. Neither his electoral bulletins, however, nor his book—mysteriously titled Revolution—give much sense of how he would actually accomplish this agenda. Without a party and without much political experience, how would he succeed where so many others had failed?

This question has become even more pressing as the French embark on two upcoming rounds of legislative elections in June. Since a 2002 restructuring, the five-year legislative cycle has begun immediately after the president takes office, and in every instance since then, the president has won a majority in the National Assembly. But every one of those presidents had an established party behind him. Macron has proposed new candidates in over 80 percent of voting districts, attempting to boost his fledgling party in the upcoming elections. He has also hashed out deals with some centrists on the right and the left, including the veteran politician François Bayrou, naming him minister of justice.

Macron’s capacity to accomplish his political goals remains entirely dependent on his ability to put together a governing coalition out of the June elections. Unfortunately, to French ears, coalition governments hearken back to the dark postwar years before Charles de Gaulle invented the strong presidency; if you want to enrage a French retiree, a mere mention of the postwar Fourth Republic instability will do the trick. Some French voters will also keep in mind that Macron, as the minister of the economy under the wildly unpopular Hollande, he was responsible for trying to enact very unpopular labor law reforms. How that might play out going forward remains to be seen. Current polls suggest that Macron’s nascent party may well emerge as the largest vote-getter in the legislative races, putting the young president in a strong position to form a governing coalition—or even, following a second round of voting on June 18, to secure a majority.

What’s clear is that as the legislative elections approach, and with the two principal parties reeling from their losses, the French political landscape is up for grabs. The stakes are high. As Europe enters a critical phase of its history on the other side of Brexit, the traditional right is splitting between those who side with some variant of populist, anti-European Le Penism and those who hope to pull the right back closer to a pro-European center. The victory of a recomposed Le Pen-ist far right could send Europe into a tailspin. Pushing a large fraction of the right back to the center, on the other hand, will be a major boost for Europe and for France’s place within it. French centrism will enable European integration and allow for a united front, at least between France and Germany. Macron’s appointment of centrists from the left, center, and right into his first government suggests that he seeks not only to build such a domestic coalition, but that he also hopes to send a clear message to the French and to Europe: France is not only in Europe but also of Europe.

Stephen Sawyer is a historian of French politics at the American University of Paris.