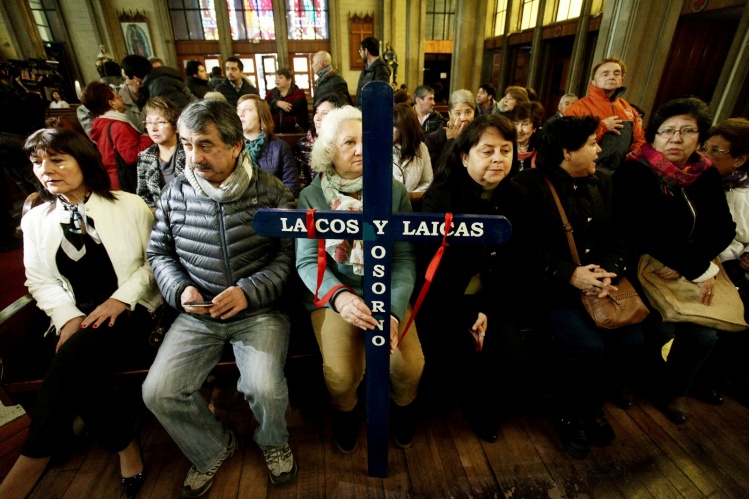 Members of the organization "Laity of Osorno" take part in a Mass for healing celebrated by Vatican envoys (CNS photo/Fernando Lavoz, Reuters)

When I last wrote about the clergy sex abuse crisis in Chile, my recommendation for Pope Francis was that he should call forth the church’s “secret weapon” to meet this crisis: women.

Why would inviting women to take the reins during this time of crisis make a difference? I gave several reasons: “They are not part of the clerical elite. They have no promotions to gain or positions to lose, and they have a much better track record on protecting the vulnerable. They are courageous…and they are a rising force in Chilean society.” Putting women in charge seemed to be a good idea.

As it turns out, Francis didn’t have to do this. The Chilean bishops did it themselves. 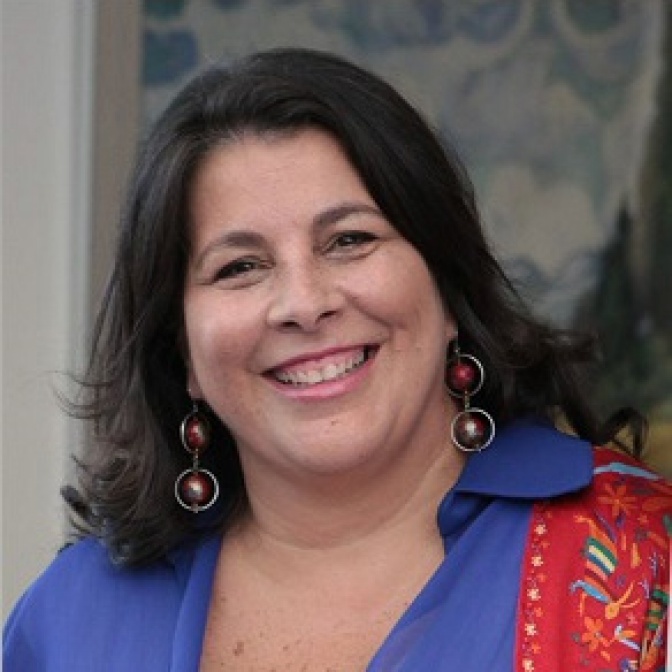 On August 3, after the Chilean bishops held an extraordinary assembly to address the clergy sex abuse crisis, they announced the appointment of Ana María Celis Brunet as president of the National Council for the Prevention of Abuse and Accompaniment of Victims. They also decreed the establishment of an abuse-prevention department that will have broad new powers to implement guidelines generated by the council, and appointed Pilar Ramírez Rodríguez as its executive director. This means that leadership for both “law” and “order” on this front in Chile will now rest in the hands of women.

Celis and Ramírez come to their positions with strong backgrounds. Celis is director of the center for law and religion at the University of Chile, where she teaches, and she has reportedly been a steady support to abuse survivors. She holds a degree in canon law from the Gregorian University in Rome. She has served on the National Council before, but now she will preside over it, replacing Bishop Juan Ignacio González of San Bernardo. Bishop González is not a hard act to follow. Abuse survivors derided him as a liar because he claimed to have listened to their stories yet had never actually met with them. But quite aside from failures of the president she will replace, Celis is a strong choice.

Ramírez holds a degree in the social doctrine of the church, and a diploma in Intervention in Sexual Abuse and Family Intervention. She has served on a number of pastoral commissions for children at risk, both in Chile and for the organization of all conferences of bishops in Latin America (CELAM). When Vatican investigator Archbishop Charles Scicluna and Msgr. Jordi Bertameu were unable to hear the testimony of all the survivors during the period they were in Chile, Scicluna deputed her to lead a team of five people (three women and two men) to complete the job they began. In her new position she will oversee the work of receiving complaints and monitoring the progress of cases, and her department will oversee the formation of pastoral agents for prevention of abuse.

There are always some who will take a cynical view and dismiss these appointments as window-dressing for Catholic institutions where power still rests in the hands of the ordained, who are all men. Yet one has to start somewhere, if the situation is ever to change. 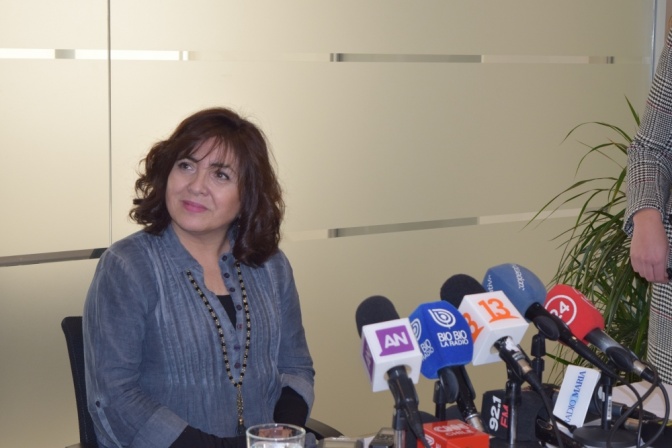 Let’s be honest: the fact that the Chilean bishops are on the ropes right now is what is pressing them to try new things. Yet crisis can be a Kairos moment too. The pain and shame of failure, when faced honestly, is what may open the door to conversion. The Chilean church needs a better and more wholesome ecclesial vision—one that includes the gifts of women not as an afterthought, but as an essential element—in order to regain some of the credibility the clerical leadership has lost.

Pope Francis, although not directly involved in the decision to appoint Celis and Ramírez, set the stage for it to happen. The Chilean bishops refer specifically to his influence:

Accepting the call of Pope Francis, the bishops commit themselves to intensely promote the participation of laity in ecclesial instances generating environments of sincerity, openness and constructive criticism together with the consecrated, in a community experience as ‘people of God.’

They also commit themselves to take a self-critical look at the structural aspects of our dioceses that allowed the occurrence and perpetuation of abuse in the church so that these events will never happen again. In this context, we will promote permanent renewal in the councils and teams for pastoral management and leadership at the diocesan and parish levels, with special emphasis on the participation of women, especially in the decision-making bodies.

Will it work? Will these women be the harbingers of a new church style as well as firm guardians of the safety of children and youth in their national church? Whatever happens, I’m rooting for them.