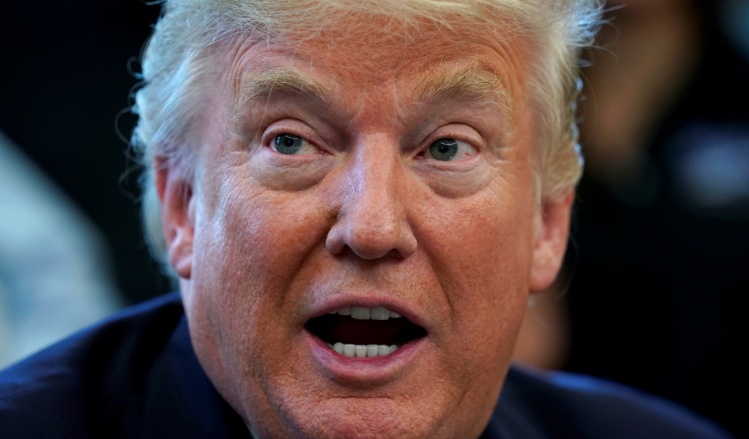 As the Trump presidency enters its second year, prospects for the nation, for American democracy, and for international stability and peace grow dimmer. Trump’s increasingly erratic behavior raises the most serious questions about his fitness for office, and even about his mental health. Those who could check his recklessness—the Republicans in control of both the Senate and the House—turn a blind eye to the dangers as long as Trump signs off on their plutocratic agenda. If the long arc of history does bend toward justice, the Republican Party and its supporters will face a dire reckoning. And that includes millions of Catholics and Evangelicals, who somehow judged that voting for a man demonstrably unfit for the presidency was worth the risk because he could be counted on to appoint conservative justices to the Supreme Court. That was not a prudential judgment; it was the abdication of prudence.

At the moment, the administration is beset by questions raised by journalist Michael Wolff’s depiction of dysfunction in the West Wing in his book Fire and Fury: Inside the Trump White House. Given unhampered access during the early months of Trump’s presidency, Wolff encountered a world of bitter factionalism and infighting, where staffers schemed endlessly against one another while leaking feverishly to the “lame-stream media.” Much of Wolff’s book relies on interviews with Steve Bannon, the former Trump campaign C.E.O. and chief strategist to the president, who was pushed out of the administration, evidently at the behest of Trump’s daughter Ivanka and her husband, Jared Kushner. Besides the picture of administrative chaos, Wolff’s most damning claim is that no one in the administration, not even Trump’s daughter and son-in-law, think Trump is intellectually, psychologically, or emotionally capable of fulfilling the duties of his office. According to Wolff, Trump does not read, cannot focus, cannot comprehend routine policy issues, does not listen, and is driven by a childish and disabling need for instant gratification. Equally revealing, Wolff claims that Trump did not expect to win the election and was panicked when he did. Apparently he merely hoped to leverage his increased visibility and popularity from the campaign into another profitable television platform. He had no interest in running a government or becoming the leader of the free world, no understanding of American democracy or comprehension of the Constitution.

Wolff has had credibility problems of his own, but clearly the enormous impact of the book is due to the fact that it confirms the picture of Trump and the White House that has long been reported elsewhere.
sharetweet

Predictably, Trump responded to Fire and Fury with fire and fury of his own, claiming that he never met Wolff and that Bannon had “lost his mind” when he was fired. Trump also had his lawyers try to stop publication of the book. As questions about his mental capabilities and health followed in the wake of Wolff’s revelations, Trump assured the world that his success in business, on TV, and in winning the presidency showed that he was a “genius…and a very stable genius at that!”

Wolff has had credibility problems of his own, but clearly the enormous impact of the book is due to the fact that it confirms the picture of Trump and the White House that has long been reported elsewhere. It also provides further proof of the president’s angry obsession with the James Comey and Robert Mueller investigations into his campaign’s possible collusion with the Russians, Trump’s obstruction of justice, and, perhaps even more damning, the Trump organization’s alleged money laundering. Mueller has elicited guilty pleas from Trump’s former national security adviser, Michael Flynn, and campaign staffer George Papadopoulos, and has indicted Paul Manafort, Trump’s former campaign manager. There seems little doubt that, as Mueller’s investigation gets closer and closer to Trump and his family, the president will take some rash action, either pardoning himself and his cronies or firing Mueller, or both. There is little indication that congressional Republicans would stand up to Trump and defend the rule of law if he threatened it. Republicans are now calling for a special counsel to investigate Mueller and for the Justice Department to reopen investigations into Hillary Clinton’s emails and the Clinton Foundation. This follows Trump’s outrageous demands that Attorney General Jeff Sessions and the Justice Department protect him from Mueller and prosecute his political opponents. “Where is my Roy Cohn?” Trump is reported to have complained about Sessions’s unwillingness to stop the Russian investigation. The notoriously corrupt Cohn was Trump’s lawyer and mentor for many years. He was also an attorney for mobsters, and the right-hand man of the red-baiting, paranoid, and eventually disgraced Senator Joseph McCarthy.

“Until this moment, senator, I think I have never really gauged your cruelty or your recklessness.... At long last, have you left no sense of decency?” was how Joseph Nye Welch, a fellow Republican, famously challenged McCarthy in 1954. In doing so, he brought to an end an earlier era of political cynicism and cowardice. When will congressional Republicans put country before party and find their inner Welch? 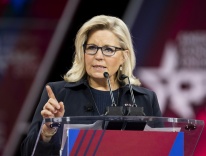