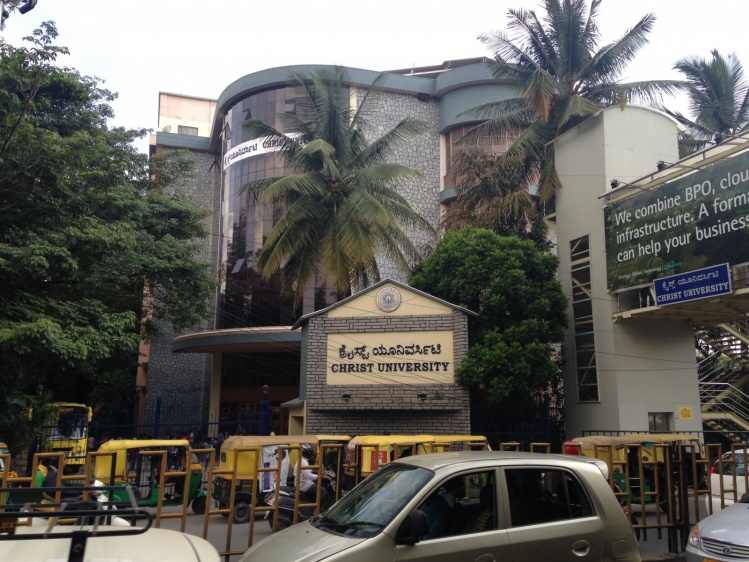 Before leaving Pune, I attended a meeting that Sr. Julie George hosted for some diocesan leaders to discuss ways to engage parishes in Pune on Laudato Si’.  Specifically, they designed plans to help parishes be prepared for Pope Francis’ UN General Assembly Address on the environment on September 25th.

Sr. Julie, a lawyer and activist, heads Streevani (meaning, “the voice of women”), a legal aid center that advocates for domestic workers.   Julie gets things done.  7 years ago she helped start the “Women’s Religious Lawyers Forum.”  She helped to recruit over 90 Indian sisters working in law.  The forum “Pursuit of Justice: Prophetic Response to our times” was so successful that it just finished its seventh annual gathering.  Her partner in crime is Raynah Braganza Passanha, the leader of the Indian Christian Women’s Movement, dedicated to gender equity.   We will continue to work with one another virtually.

Yesterday, I arrived in Bangalore, the IT capital of India, where everyone is young.  In 2001, the city had a population of just over 5 million.  Today, 14 years later, it has more than doubled, with nearly 11 million of India’s 1.3 billion residents.  The city is a work in progress, a microcosm of the development across India.  When I first came here in 2007, I arrived in a tiny airport with one waiting hall.  When I last left here in 2012, the hour long trek to the airport included dirt and unpaved roads.  Yesterday I arrived in a major airport and the ride into the city was on a seamless highway.

I am staying at Dharmaram, Sanskrit for “Garden of Virtues.” Dharmaram, founded in 1957, is the home to about 300 members of the Carmelites of Mary Immaculate (CMIs).  The CMIs, founded in 1831, the first Catholic religious congregation founded in India, are members of the Syro-Malabar Church, who claim to have become Christians when the disciple Thomas arrived in present day Kerala.  In their liturgies they refer to Thomas, whose feast is tomorrow, as “their father in faith.”

The Carmelites host two major apostolates on adjoining campuses.  The first is Dharmaram Vidya Kshetram, a Pontifical Athenaeum of Philosophy, Theology and Canon Law.  Founded in 1965, today it has roughly 850 grad students, with, like Pune, a growing group of women religious.  Among other things the school publishes 5 journals including the on in theology, Asian Horizons, edited by Shaji George Kochuthara, my host.

The second is Christ University, an absolutely beautiful school of 14,000 students of whom nearly 25% are Christian.  The school with 26 departments is expertly run and very highly rated in India.

Lúcás Chan and I were to team teach a course on biblical ethics here, but with his sudden death in May, I find myself alone today in a class with 26 students, licentiate and doctoral candidates, including 5 women religious.  I have decided that we will study the books and essays he wrote as the pioneer in the field of biblical ethics.

Last night, Shaji and I went to an old haunt that Lúcás, Shaji and I liked, Punjabi by Nature, an up and coming brewery.  We enjoyed talking about the past and making plans for the future, and all around us, there was the general excitement one feels about being here in this city of the future.