The Face of God 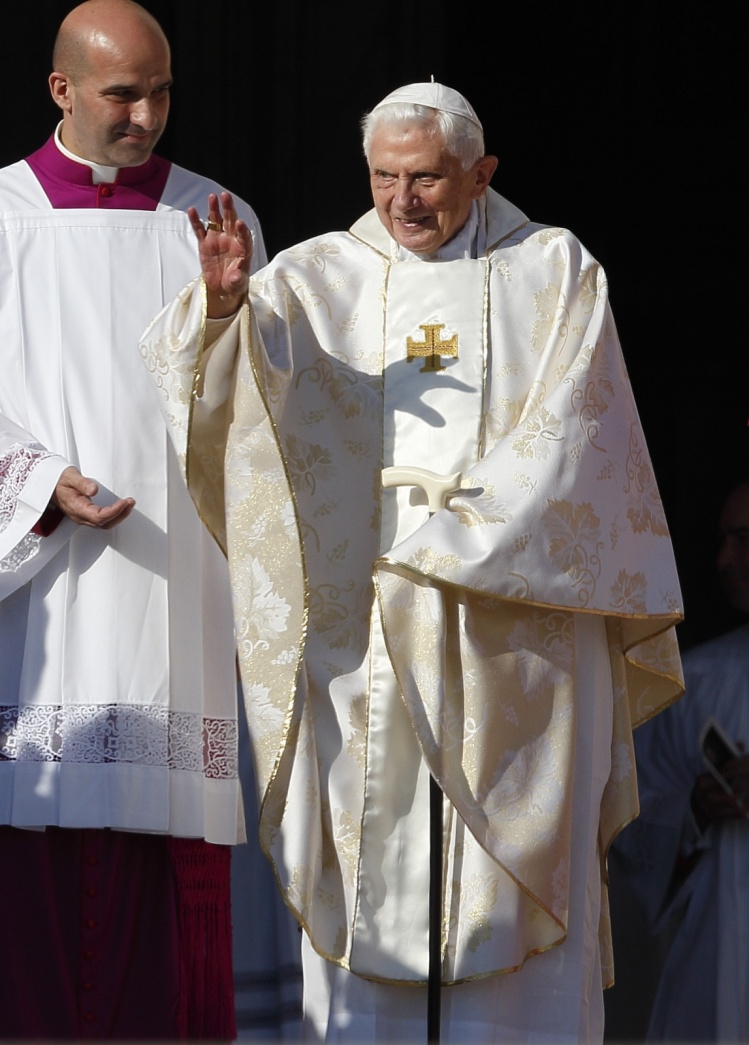 My own interest, I confess, was more in Jesus than in Benedict. Jesus of Nazareth speaks to a real problem. In recent decades, historical scholarship has been churning out multiple images of Jesus and leaving the impression, the pope believes, that any understanding of Jesus as divine stems not from him but from his followers. “Intimate friendship with Jesus,” Benedict warns, “on which everything depends, is in danger of clutching at thin air.”

I think the pope is mistaken in thinking that all these images are incompatible with one another, opposed to the idea that the church’s faith in Jesus’ divinity was rooted in his own words and deeds, or merely the reflection (as Albert Schweitzer had written a century ago) of their scholarly authors’ temperaments or ideological convictions. In fact, much of this scholarship has been morally, spiritually, and intellectually invigorating.

But like the constant parade of new and better cell phones, it has also been befuddling. The sheer kaleidoscope of images—rabbinical sage, Jewish mystic, apocalyptic prophet, faith healer, revolutionary leader, philosophical provocateur, zen master, and New Age shaman—induces a tentative attitude that is hardly the basis for “intimate friendship” or, as an older language would put it, a “personal relationship” with Jesus.

One might expect that the Jesus of history would be a flesh-and-blood person, and the Christ of faith the more theoretical product of belief and doctrine. Instead, the Jesus of history turns out to be one (or several) of an array of scholarly constructs, whose shelf life may be quite limited—hardly an individual to be personally and intimately known, loved, worshiped, and followed. By contrast, it is the Christ of faith who is concrete and enfleshed, embodied in centuries of saints and experienced in family, sacraments, and a lifetime of gestures, stories, and prayers. For many Catholics like myself, moments of intimate friendship or personal relationship with Jesus are more likely to occur in returning from Communion than in encountering Scripture.

Perhaps this is the way it should be, or must be. One unhappy consequence, however, is an ecclesio-centrism eclipsing any Jesus-centrism. Jesus may symbolize a set of moral principles, even model them the way Socrates models the inquiring intellect or Gandhi models nonviolence. But the church is the locus of attachment and authority and energy. Our emotional bond is not with a person but with a tradition, an institutionally structured set of practices, beliefs, and loyalties, sometimes instanced in a local community, most often existing in our heads and psyches. The impulse to read this book to learn about Benedict more than about Jesus is a symptom of that reality.

The crux of the wider problem, of course, is not as new as Benedict supposes. It is the ancient difficulty of grasping the interior life of a person affirmed to be both human and divine, something that an intimate or personal relationship, certainly in our age, seems to demand. Until only a few decades ago, Catholicism resolved this difficulty by adopting a semi-docetism. Jesus was simply God in his internal life—his knowledge, self-understanding, and sense of mission—with a slice of humanity added on, primarily his being subject to physical pain, the anguish of rejection by those he loved, and death. This view threatened to endow Jesus with a puzzling kind of split personality, to strain the Gospel accounts, especially the synoptics, and to contradict the conviction that he was like us in everything but sin. The humanness of Jesus was doctrinally necessary; its full implications were left in the shadows.

The pendulum has swung, and now it is Jesus’ divinity that is often left in the shadows. Jesus of Nazareth attempts to challenge this disjunction between the Jesus of history and the Christ of faith without returning to the earlier semi-docetism or to the biographical and devotional portraits that historical criticism has inoculated us against. The pope’s approach is one of “canonical” or “theological” exegesis (see Jack Miles, “Between Theology and Exegesis,” July 13). Major elements of the Gospel accounts are read not only with the eyes of faith but in relation to the entire story of the Bible and the drama of Israel and the pilgrim People of God.

Benedict portrays Jesus therefore as the promised new and greater Moses. Like Moses, Jesus speaks to God face to face. Unlike Moses, he also looks directly on the glory of God. And he will be the mediator of a greater, now universal covenant. His unity with God, filial communion with the Father, is the key to understanding Jesus’ words, deeds, sufferings, and triumph. For Benedict, Jesus’ frequent withdrawal for prayer, so easy to read as pauses between the acts, becomes central to the action: “He lives before the face of God [except in Gethsemane and perhaps Chapter 17 of John], not just as a friend, but as a Son; he lives in the most intimate unity with the Father.”

So the message of Jesus, first of all, above all, and before it takes on any of the varying content biblical scholarship ascribes to it, is Jesus himself, Jesus as the face of God. When Jesus proclaims the Kingdom of God, he is “quite simply proclaiming God”; the Kingdom is “at hand” because Jesus himself is. Jesus does not claim to reform the Law, whether in a permissive direction regarding the Sabbath or a more stringent one regarding marriage. Rather he claims to be the Law, to be, in his person, the new Torah. The volume ends, fittingly, on Jesus’ “I am” sayings, primarily found in John.

Jesus of Nazareth is a patchwork, not a scholarly treatise, and readers will be richly rewarded if they accept it as such. Some sections clearly derive from homilies on topics like the Lord’s Prayer or the temptations in the desert or the parables of the Good Samaritan and the Prodigal Son. These Benedict has probably polished over years, carefully folding his scholarship into an eloquent language of reflection, exegesis, and exhortation. Other sections feature a more outright engagement with the arguments of (mostly German) biblical scholarship, making points that seem plausible, though here the cautious lay reader (like me) may want to reserve judgment until more returns come in from the scholarly precincts. But in both cases, Benedict constantly weaves the events, prayers, and symbols of the Old Testament with those of the New, producing, to me at least, powerful and fresh insights.

Because this text is generally thoughtful, measured, and serene, I found Benedict’s occasional jabs at “the so-called modern worldview,” at utopian politics, “liberal exegesis,” or “modern liturgists” jarring. The battle scars of the sixties still throb. Obviously Benedict’s intellectual stance as well as obiter dicta regarding biblical scholarship is of major interest.

In January 1988, reporting for the New York Times on then-Cardinal Ratzinger’s role at a conference on biblical studies, I was struck by both his animus against historical-critical scholarship and his tendency to characterize it almost entirely in terms of the German trajectory from Reimarus to von Harnack and on through Bultmann. Yet, to the great distress of conservative Catholics, at a closing press conference he abundantly praised the work and faith of Raymond Brown—who was sitting next to him and had politely offered a more positive assessment of recent Bible studies.

In Jesus of Nazareth, the German perspective and the somewhat dated quality of the pope’s references remain, and yet the animus seems much diminished. This is not only a matter of Benedict’s explicit expression of “profound gratitude for all that [modern exegesis] has given and continues to give to us”—specifically, that “it has opened up to us a wealth of material and an abundance of findings that enable the figure of Jesus to become present to us with a vitality and depth that we could not have imagined even just a few decades ago.” The fact is that this scholarship, whether in agreement or disagreement, is the baseline of the entire book.

In this regard, whatever its shortcomings or contestable claims, Jesus of Nazareth is leagues in advance of both the theological and biblical underpinnings of 90 percent of the preaching or catechesis encountered in Catholic America. The book has been a bestseller for more than a month. How many of those buyers will actually read it, and read it in keeping with the pope’s intention “not to counter modern exegesis”? If a thorough, open-minded assimilation of the learning and reflection in these pages were to be the mark of a new generation of Benedict XVI priests, I would certainly welcome them.

Benedict’s book does not address, let alone resolve, many a question about God and Jesus. Its central case ultimately rests on the coherence and power of its portrait of Jesus as a person for whom “communion with the Father” was “the true center of his personality.” It is a case built not on psychological speculation or devotional fervor but on an imposing web of Old and New Testament texts. It is a case I find persuasive and deeply helpful.

Read more about the mind of Benedict XVI here.