The Enlightenment We Need 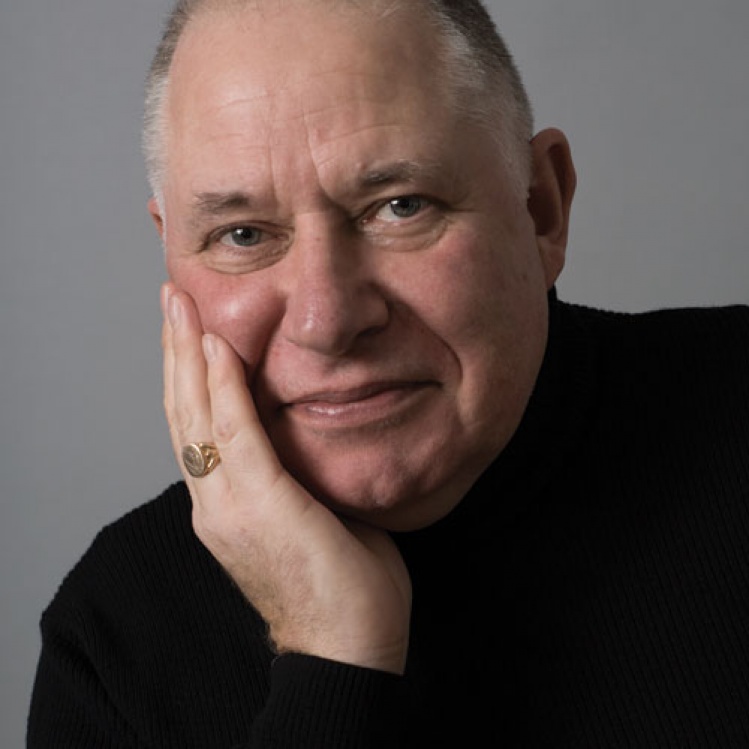 Over the past half-century, the worst possible fate befell the Enlightenment—the one that would have caused Adam Smith, Jean-Jacques Rousseau, and the rest to howl in protest. It became boring, it became safe, and it no longer seemed to guide or inspire the way it once had. In a world of nuclear conflict, climate change, and subaltern uprising, what did the Enlightenment and its periwigged dignitaries have to say? The critics of the Enlightenment, from the Romantics to the modernists, seemed more interesting and, in the end, more perceptive.

Recently, however, something has changed. The Enlightenment is exciting again, perhaps like the candle that flares up one last time before being snuffed out forever. The prolific historian Jonathan Israel has revived the old claim that the Enlightenment is a coherent package of secular, liberal-democratic values—the best that has been thought and said. Public intellectuals like Steven Pinker, Jonah Goldberg, and Jordan Peterson have argued similarly that the Enlightenment tradition provides an important antidote to the welter of post-modernism and identity politics that threatens, in their view, to undermine the awesome achievements of the past. In response to these celebratory stories, many critics have labored to uncover the racist and imperialist dimensions of Enlightenment thought. The Enlightenment urge to rationally organize society, they remind us, has often authorized horrific and even genocidal violence.

More than two centuries after the French Revolution, we are as divided as ever over the Enlightenment. This matters because our stories about it are always stories about ourselves, and about the power of critical reason to transform and improve our world. It is especially worth our attention, then, when a distinguished historian offers a sweeping overview of what the Enlightenment was, and what it meant.

In his recent book Power, Pleasure, and Profit, David Wootton has done just that. He is convinced that we are arguing about the wrong things, and that no side in the Enlightenment wars has adequately grasped the intellectual revolution that actually took place. This is decidedly not a traditional history of the Enlightenment as a philosophical or political project. In place of a doctrinal history, Wootton traces instead the emergence of what he calls “the Enlightenment paradigm.” For him, the Enlightenment is not really a coherent project with well-defined aims. It should be understood instead as a set of common presumptions about what it means to be human, and what it means to flourish, that took root sometime in the eighteenth century and still set the basic parameters for our lives today.

This is a book that paints with a broad brush: Wootton proposes no less than a moral history of the present, by way of an idiosyncratic account of the Enlightenment. His goal is to show how the Enlightenment paradigm dislodged its longstanding predecessor, which is never named but might be called something like the sacral paradigm. For most of human history, Wootton presumes, societies had been oriented toward the cultivation of moderation and virtue for their own sake. People lived with a stable set of values, differentiated by gender and social station. The success of a life was in turn determined by how well an individual played his or her part. This, Wootton thinks, is no longer our world. And the Enlightenment is the culprit.

We tend to think of the Enlightenment as the triumph, for good or ill, of reason. This is backwards, Wootton insists. A close attention to the texts of the period makes it clear that Enlightenment thinkers celebrated the passions above all, and only celebrated reason insofar as it could properly regulate or satisfy those passions. The idea that our desires should be limited by a stable natural or social order, central to the sacral paradigm, ceased to exist. Wootton’s Enlightenment ushered in a moral universe of unstoppable excess—one in which the pursuit of power, pleasure, and profit had no limit, for individuals or for societies.

Perhaps recognizing that a claim as bold as this could not withstand direct explication, Wootton’s approach is more circuitous. The chapters themselves are subtle and often witty explorations of Enlightenment texts, many of which are familiar and some of which are not. The chapter on the history of “happiness,” for instance, dispenses quickly enough with Thomas More and Thomas Hobbes to focus on an obscure text, which remained unpublished for two centuries, by a scholar and diplomat named Kenelm Digby. This might seem pedantic, and at certain moments it is, but the larger impression is charming and often persuasive. With detours such as these, Wootton provides an unusual but fascinating foray into all the great themes of moral and political philosophy, from happiness to politics to commerce to love.

Wootton’s point is not, or not exactly, that the Enlightenment inaugurated an era of selfishness and moral relativism. That claim is familiar enough, and has been for centuries now central to religious polemics. The early chapters of the book do discuss the rise of selfishness as the bedrock assumption of Enlightenment moral psychology, but even here Wootton is careful to show how room almost always was found for benevolence as well. The later and more interesting chapters show how the Enlightenment paradigm involves both a destabilizing moral psychology and a set of institutional mechanisms that would keep such a world from descending immediately into chaos. The aim was to create an institutional mechanism to help the egoist individual (for there was no other kind) translate her chaotic passions into more stable and orderly “interests”: equally selfish, but more predictable and less likely to involve bloodshed. The most famous of those is the system of checks and balances, to which Wootton devotes an insightful chapter. The idea, familiar to any reader of The Federalist Papers, is that a politics rooted in self-interest can function only if various interests are pitted against one another in institutionally controllable ways. The marketplace, he argues, functions similarly: Adam Smith’s conception of the market, like James Madison’s conception of the state, seeks to create frameworks that will harness the passions in the name of social harmony and progress.

We might think of this as the “Jurassic Park” theory of the Enlightenment: it created monsters, then sought to contain them in the name of profit and pleasure. This is a rather depressing portrayal, yoked to a rather depressing portrait of the world we live in. “The real transformation,” he claims, “was not in the world of ideas; it was in the lives and behavior of people who had come to accept that virtue, honor, shame, and guilt counted for almost nothing; all that mattered was success.”

To claim that “we” are utterly constrained to an “Enlightenment paradigm” of success at any cost is worse than disrespectful. It is wrong.
sharetweet

Wootton’s take on the Enlightenment, then, is quite distinct from those offered in today’s Enlightenment wars. And yet, because it is rooted in such a blinkered account of the present, it is not necessarily more compelling, or more useful. The characterization of contemporary society as a race to success at all costs is seriously incomplete, which has not kept it from becoming commonplace in a certain sort of dyspeptic cultural criticism. It is true that our era of neoliberal capitalism does valorize work and achievement, but this does not prove Wootton’s point. For one thing, it is implausible to view neoliberalism—rather than, say, Communism, or the welfare state—as the privileged endpoint of the Enlightenment project. More importantly, though, Wootton commits the sin that the best exemplars of the Enlightenment itself did not: he does not heed the evidence of the world around him. We heirs of the Enlightenment do not lead lives as dismal as Wootton thinks. The boilerplate critiques of our degraded moral universe have little purchase in the world of religious exploration, familial intimacy, and political idealism that we actually inhabit (the best evidence might, in fact, be the global organizing against neoliberalism, in the name of a more just and rational world). Those pursuits might sometimes be perverted, and they might be imperfectly realized, but to claim that “we” are utterly constrained to an “Enlightenment paradigm” of success at any cost is worse than disrespectful. It is wrong.

Wootton’s take on the present is not a central element of the book, but it does permeate his historical treatment. Any account of the Enlightenment is bound to be partial, especially one that is just under three hundred pages. Wootton’s Enlightenment is a Eurocentric one, and specifically an Anglocentric one. He has no time for Immanuel Kant or the whole German tradition, culminating in the thought of Karl Marx, who certainly did not worship success alone. Many of these thinkers categorically rejected the moral relativism that was central to Wootton’s Enlightenment, along with the corollary doctrine that reason is slave to the passions. Rousseau, for instance, sought guidance in nature, and Kant in reason. Neither of them sought to provide finery for the costuming of our passions, and neither of them gave success a privileged place in their thought. The less “success-oriented” elements of our lives, therefore, have plausible Enlightenment genealogies, too.

Wootton’s Enlightenment was, without a doubt, one that existed. Especially in Scotland, an influential school of thought developed that took our passions as the starting point for political and moral reflection. This was not, however, the only Enlightenment. And it is certainly not one that provides much guidance in our troubled present. Wootton does not claim that it does, and he seems serenely untroubled by the collapse of the institutions and values supposedly central to the Enlightenment paradigm. In one remarkable passage, he muses that in the future, “robots may do all the hard work” and “energy may come from sources which make it effectively cost-free.” In another, he deems the arguments against socialist-planned economies to be so obvious that he need not rehearse them.

These are not, unfortunately, parlor games. In an age when science and reason are everywhere under assault, the Enlightenment needs and deserves a stouter defense than this. It is possible to be alive to the pitfalls of Enlightenment, as Wootton is, without abandoning the project. To see how, compare Wootton’s account of the Enlightenment with that of Pankaj Mishra, a critic and historian who has in recent years provided a very different account. Mishra cannot match Wootton’s scholarly chops, nor does he try to, but his Enlightenment is a more radical and promising one. Mishra is, paradoxically, more attuned to both the perils and the promise of the Enlightenment project. While Wootton worries about its psychic and moral consequences, Mishra shows how its racist and imperialist elements laid the groundwork for unprecedented suffering outside of Europe. His response, though, is not to reject the Enlightenment, nor simply to declare that he has presented a “warts and all” portrayal of a complex phenomenon. It is, instead, to call for a new Enlightenment—a new attempt to use the tools of critical reason in the name of emancipation, but one that would be less Eurocentric, less dogmatic, and in the end less violent.

James Chappel is the Hunt Family Assistant Professor of History at Duke University. He is the author of Catholic Modern: The Challenge of Totalitarianism and the Remaking of the Church (Harvard University Press, 2018).