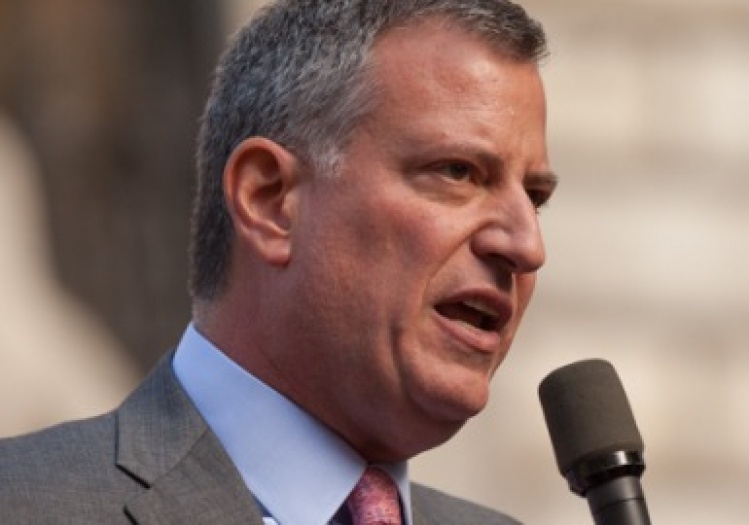 “Bloomberg fatigue” is the explanation frequently presented for progressive Democrat Bill de Blasio’s landslide victory in the New York City mayoral race. But voter ennui hardly explains why New Yorkers, having elected pro-business candidates running on the Republican line for the past twenty years, this time chose a mayor who finds his inspiration in liberation theology—and by a 3-to-1 margin, at that.

It’s a dramatic change in direction, and “Bloomberg fatigue” is sometimes a coded way of minimizing its significance. It implies that the public’s desire for change sprang from attention deficit rather than any shortcomings on the part of Mayor Michael Bloomberg. “I liken it to hemlines—you know, hemlines are fine, but next year they move them up or down, because people want a change,” Bloomberg said in an interview with WOR Radio.

Please, let’s give New Yorkers some credit for recognizing what their own interests are. De Blasio won because he appealed to the many people who had come to feel alienated in their own city. Voters were given very clear choices on issues at the core of local governance—how to run the police department and schools, and whom to tax—and roundly rejected the Bloomberg approach.

The result is likely to resonate across the country. Any mayor of New York quickly becomes a national figure, and the Big Apple’s experience has been influential nationally on matters such as policing, housing, health policy, and education. When voters clearly reject a key strategy of the NYPD—in this case, a massive stop-and-frisk program that Bloomberg says is essential to maintaining low crime rates—it’s bound to have an effect on the national conversation about policing.

De Blasio recognized that the Police Department’s stop-and-frisk program was one cause of the public’s estrangement. What began in the 1990s as a more focused effort to get guns off the streets had swollen into a massive, quota-driven intrusion into the lives of hundreds of thousands of innocent people. That those subjected to searches were rarely white (9 percent of the 685,724 stops in 2011) and were mostly under twenty-four years old meant that many minority voters knew they or their children were constantly at risk of having a rattling encounter with the police.

De Blasio, married to a black woman, was in a good position to respond to that anxiety. His campaign highlighted his wife and two children, featuring an ad in which his famously coiffed fifteen-year-old son Dante called him “the only one who will end a stop-and-frisk era that unfairly targets people of color.” (An admiring President Barack Obama said of Dante: “My afro was never that good.”)

De Blasio split the black vote in the Democratic primary with Bill Thompson, a black candidate who was the former city comptroller, and took an astonishing 96 percent of it in the general election, according to exit polls. The city’s first African-American mayor, David Dinkins, won 91 percent the black vote. And 87 percent of Latino voters also supported de Blasio. That suggests once again the rising influence of black and Latino voters in many places across the country. It also shows that populist surges are not limited to the Tea Party; there is a left-wing version that in this case swept aside some well-established Democratic contenders.

Beyond the stop-and-frisk policy, there were other reasons large numbers of voters felt alienated from city government. One is that many parents of the city’s one million public-school students felt voiceless even as Bloomberg made abrupt changes in the schools. Bloomberg is a leading proponent of the corporate-backed, foundation-supported, bipartisan national school-reform movement that champions charter schools, tougher teacher evaluations, and heavy reliance on standardized testing. He succeeded in winning mayoral control of the schools, and in the restructuring eliminated the venues where parents and community groups could exercise influence or just vent.

De Blasio capitalized on this discontent. He said he would lower the stakes on standardized tests and end Bloomberg’s simplistic practice of assigning an annual letter grade to each school. He pledged to increase parents’ role in school decision-making and restrict the growth of charter schools, Bloomberg’s pet project. Charter school advocates and their supporters in the news media assailed him, but it was an effective political move: 94 percent of the city’s public-school students are not in charter schools, and their parents often feel left out. If the nation’s largest public-school system turns away from charter schools and standardized testing as the path to school reform, that’s bound to influence the national conversation.

Another source of voters’ frustration is the rising cost of housing stemming from gentrification, which raised the fears of the many New Yorkers who worry about being displaced from their own homes. Bloomberg’s zoning policies accelerated gentrification, and as a result affordable housing was lost at a quicker rate than it could be created. De Blasio said developers should be required to build housing that is affordable for low- and middle-income New Yorkers in exchange for zoning bonuses. On economic matters, he called Bloomberg “a free marketeer, never willing to be interventionist with the power of the most powerful local government on earth.”

Running aggressively against Bloomberg’s record—or, to be fair, against a simplified version of Bloomberg’s complex record—helped de Blasio win the Democratic primary. He kept that up in the general election, but, perhaps more so, ran against Bloomberg’s Republican predecessor, Rudy Giuliani. This made sense because the GOP candidate, Joe Lhota, was closely associated with Giuliani.

A former chairman of the MTA who was credited with speedily restoring mass transit after Hurricane Sandy, Lhota had served Giuliani as budget director and deputy mayor. On paper, he was a formidable candidate; he played a major role in steering the city through the crisis following 9/11. His policies on business, policing, and schools were similar to those that had won elections for Giuliani and Bloomberg on the Republican line. As a reporter who covered City Hall for Newsday during the Giuliani years, I couldn’t help but notice how closely Lhota’s positions tracked Giuliani’s—right down to the rhythm and vocabulary of his speech.

Lhota’s inexperience as a campaigner and his previously low profile no doubt contributed to his defeat. But that doesn’t explain the overwhelming margin. This time, voters were not buying arguments that had won the day for Giuliani. The most telling campaign moment came when Lhota and de Blasio clashed over the merits of Giuliani and Dinkins during the second of three debates. Dinkins’s term in office from 1990 to 1993 is often portrayed as ineffective. Although Giuliani’s popularity waned during his second term, it’s widely accepted that his mayoralty from 1994 to 2001 marked a turnaround for New York City because of the huge drop in crime.

“Rudy Giuliani did divide us, very consciously,” de Blasio said during his debate with Lhota. “And it hurt this city and held us back.” Lhota turned away with a look of disbelief. “Held us back?” he said, holding out his arms. “Held us back? What color is the sky in your planet?”

New York’s political world had turned upside down. Giuliani had always been accused of divisiveness, but if someone had told me in the 1990s that this argument would one day help carry a mayoral candidate to a 3-to-1 victory that included winning a majority of the white vote, I would have thought it impossible.

De Blasio didn’t phrase it this way, but he ran on a “preferential option for the poor,” decrying income disparity and calling for an increased tax on those earning more than $500,000 a year (to pay for universal pre-kindergarten). That might be expected from a man who said in an interview with WNYC Radio that he was “deeply influenced by liberation theology.” De Blasio, who describes himself as spiritual but not a member of any religion, attributed that influence to the community organizing he did for the Catholic-influenced Quixote Center during the 1980s. He helped fill shipping containers with food, medicine, clothing, tools, bicycles, and other humanitarian aid sent to Nicaragua (the Quixote Center’s answer to the millions of dollars the Reagan administration spent in support of the contras’ revolt against the left-wing Sandinista government).

After the New York Times reported on this work, Lhota jumped on the opportunity to accuse his opponent of supporting communism. While raising a bit of controversy, the matter seemed only to strengthen de Blasio by showing that his support for the poor was deeply rooted and not merely a contrived campaign message.

Dolly Pomerleau, co-founder of the Quixote Center, said that even though de Blasio did not consider himself Catholic or religious, it was not surprising that he worked for the center as a young man. “Given Bill’s values, it makes a lot of sense, because his values are for justice and peace, and the advancement of people who are poor,” she said, adding, “I’ve been totally impressed with how he’s been consistent.”

It remains to be seen how this commitment translates into the act of governing. Success will require maintaining low crime rates while improving police-community relations; showing real improvement in the schools while repairing the relationships Bloomberg frayed with teachers and many parents; and creating affordable housing at a rate that well outpaces its loss to gentrification.

If the success of his campaign is any indication, de Blasio is not without his resources.