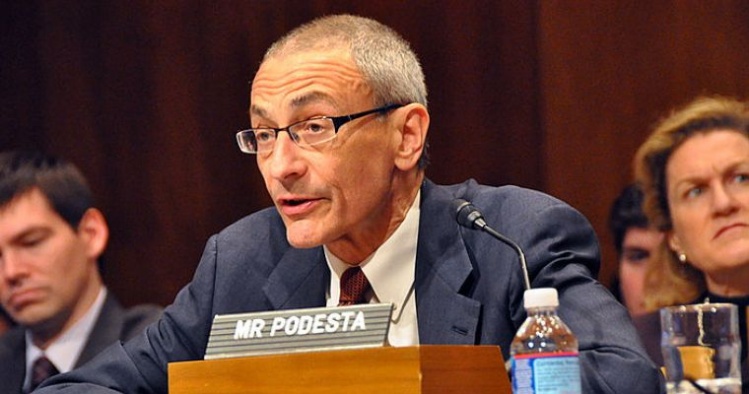 Another presidential election is mercifully about to end, for which we can all rejoice—though I expect the 2020 campaign to commence as soon as Donald Trump has conceded defeat, perhaps about the time of Hillary Clinton’s inauguration. It cannot have been a happy season for, among others, certain of our bishops, who’ve spent so much of their diminishing moral capital in a futile culture war over the last quarter century, nor for their brain trust among the laity. Christians who fear that (true) Christianity is being elbowed out of the public square have had to face difficult if not intolerable choices. Such Christians fall into two different groups, though there is some seepage between them. On the one hand are those who support an American version of a corpus Christianum and are therefore always fighting a rear-guard action against changes that threaten the ostensibly Christian ideal of a fixed social order. This reactionary posture has been Catholicism’s default ever since 1789. This group treats law as a preferred, indeed essential tool to stem the tide of secular modernity. They are Republican in their politics. They support an unfettered free-market economy, justifying such a startling departure from modern Catholic social teaching with the sanction of “subsidiarity.”

On the other hand are those who hold to the intrinsically political character of the Christian mess and protest the way that political and religious liberalism has diluted the transforming power of the Good News (“I have come to bring not peace but a sword, to cast fire upon the earth, and would that it were kindled already”). Members of this second group are unfairly stigmatized as sectarian, though participation in electoral democracy, with its compromises and corruptions, can give them moral nausea.

I thought of this a couple of days ago when I happened across the article of C. C. Pecknold in National Review Online, “The Progressive Plot to Change Religion,” which sits uncomfortably between these two positions. It is an exercise in the trahison des clercs mode popular among sectors of the Catholic right. The gist of it is that a secularized, meliorist humanism called “Progressivism,” having sucked the life out of a feckless and decadent Protestantism, is now moving to destroy “the most ancient form of Christianity, Catholicism.” (Orthodox Christians might want to contest that exclusive claim to antiquity.) The tools of this subversion are fake-o progressive Catholics who don’t even understand their own religion. Thanks to the WikiLeaks release of hacked emails from Democratic operative John Podesta, their plans have now been exposed to the bright light of day. In Pecknold’s view, they are working on behalf of a Democratic administration whose totalitarian ambitions have targeted authentic Christianity and Catholicism in particular—as shown most dramatically in the contraception mandate of the Affordable Care Act. Pecknold writes:

[O]ur progressive “betters” are quite happy to embrace any “form of religion” just as long as it is acceptable to them. They seek to understand the “backwards Catholics” not through a consultation of the Catechism of the Catholic Church, nor through an appreciation of the Church’s “common teacher,” Saint Thomas Aquinas, nor through the prayers they say, but through that very simple lens of class and elite consensus. It is the sort of dismissal that characterizes middle-school Marxism.

I’m not interested in defending the prejudices and schemes of the specific persons Pecknold is attacking. But what’s new or shocking about the instrumentalization of religion? That’s an old story, as Republicans know better than Democrats, since they’re more dependent on it as an electoral tactic. I doubt there has ever been a time when the powers that be weren’t interested in gaining the mandate of heaven, or at least capitalizing on those who were sincere or naïve enough to believe in it themselves. With the decline of vitality in historic forms of Christianity, Protestant as well as Catholic, the proportion of cynical manipulation to genuine belief has no doubt shifted in favor of the former. And in a polarized electoral democracy like ours, where victory may depend on hoarding marginal slivers of the electorate, why are we surprised that either party is working overtime to identify and capitalize on susceptible populations? That’s how our system works. Deal with it.

My objection is rather to Pecknold’s own prejudices and clichés. I hope he knows that in the United States the attack on “progressive” religion as the wolf that irresponsible shepherds have let loose among the flock is a rhetorical move deployed by fundamentalist Protestants a hundred years ago in the war against (Protestant) Modernism. Its Catholic antecedents are moldier but much more interesting, going back to the backlash against the French Revolution and the Enlightenment. Catholics produced a rich literature of denunciation and protest against all manner of conspiracies. Cue hysteria over the Bavarian Illuminati and the Freemasons, to which ferocious French and German nationalism and anti-Semitism would be added during the course of the nineteenth century. By the time Catholicism underwent its own anti-Modernist purge, Catholics were well practiced in launching attacks against religious subversion by the faithless enemy within.

Denying the good faith of those we disagree with is always tempting, and sometimes it may really be true that the other side is intending to bring the house down but won’t come clean about it. But in the inner-denominational tussles with which I am familiar, polemical demonization is most often just a way to deflect hard issues by denying that the other side even has the right to speak.

The problem here is not just a violation of charity within the church. Much worse is the way it occludes the actual course of change and development within the church’s living tradition. When I read Pecknold’s concluding line that “progressive” Catholics can’t seem to understand that “the Holy Catholic Church has survived 2000 years not by receiving truth from below but by receiving it from above,” I want to ask him how he thinks that reception has actually happened. Where should we start? With the contingencies that mark the formation of the biblical canon? With the contingencies that mark the history of the ecumenical councils, starting with the effort to identify which councils were ecumenical? With fresh understandings of church doctrine forced on us by scientific breakthrough and historical research? With the abrogation of the teaching about the inherited guilt of the Jews for the death of Jesus, forced on us by the Holocaust and enabled by the noble efforts of people like Jewish convert John Oesterreicher and Lutheran convert Karl Thieme? With the progressive—I use the word proudly here—changes in teaching on slavery, the rights of labor, and religious freedom? With the property, voting, and employment rights of women? If this is subversion, consider what exactly is being undermined: a reactionary identification of the Gospel with social, political, and economic codes and structures from which historic Catholicism has been able to separate itself only with the greatest reluctance and difficulty.

I also object to the romantic and unhistorical image of the Church Militant that Pecknold is peddling about the Investiture Controversy (which took place in the eleventh and early twelfth centuries, not, as Pecknold says, in the twelfth and thirteenth), the Reformation, etc. The fight over investiture did indeed begin the slow historical process by which church and state ended up differentiating themselves from one another. And a good thing that, since it eventuated in the constitutional separation of church and state and religious freedom, which the papacy resisted with every means at its disposal. Have we forgotten that the immediate cause for which Thomas Becket was martyred was the protection of “criminous clerks,” in this case a priest accused of murder, whom Becket insisted must be tried in ecclesiastical courts rather than the king’s courts? Becket’s heroic resistance unto death doesn’t sound quite the same when we think of how the self-protective habits of contemporary clerical culture have hampered the arrest and prosecution of priests guilty of sexual abuse.

Coming to terms with all this history is possible within the framework of safely orthodox Catholic theology. But pontificating about having learned the truth from above is an anti-intellectual smokescreen for hiding just how those changes took place. It obscures the laborious, hit-and-miss, imperfect process by which the ecclesia docens grasps exactly what it should be teaching and how it should be understood. The teaching church is also an ecclesia discens, a learning church. It always has been. Pecknold’s formula—truth from above, not below—reflects the kind of complacency that serves neither the church nor the Gospel. It ignores what the church has always owed to the cultures in which it has existed, including even our own miserable, secularizing, de-Christianizing modern culture. It is recycled apologetics, not scholarship.