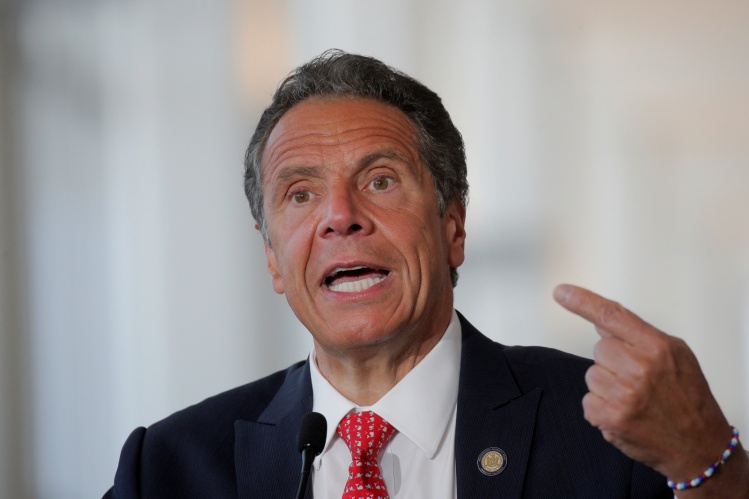 Greek traditions, the historian Mary Beard has noted, often linked the culmination and fall of tyranny with sexual crimes. What will history make of the reign of Gov. Andrew Cuomo, who in casting himself as a ruler of classical stature fully embraces imperiousness as his modus operandi? One year since his popular daily pandemic briefings began, allegations of sexual harassment and covering up a report on COVID-19 deaths in nursing homes have put the third-term governor in an unfamiliar position. The state assembly has begun an impeachment investigation. New York State’s attorney general has launched her own probe. And many fellow Democrats, at both the state and national levels, have called for him to resign.

The predominant reaction within New York political circles? It couldn’t happen to a nicer guy. Cuomo has deployed thuggishness so flagrantly for so long that, according to one observer, he has no real friends and no base of support. The prevailing prediction in those same circles? He’s not going anywhere. Indeed, with every day that Cuomo resists calls to step down, it grows more likely that he’ll remain in office through the end of his term. Investigations could actually buy him time, and even if they do uncover wrongdoing, it may still be hard to remove him. Impeachment is a complicated process in New York—“a real schlep,” in the words of one local journalist. And when push comes to shove, fear may outweigh indignation when it comes time to impeach. Even friendless, Cuomo wields real power.

When push comes to shove, fear may outweigh indignation when it comes time to impeach.
sharetweet

Under duress he’s lashing out. After his first accuser went public with her account of his behavior, Cuomo’s team circulated a letter attacking her credibility. It was a classic case of what psychologists call DARVO: deny, attack, and reverse victim and offender, a ploy often used by sex offenders to retaliate against victims. As more accusers emerged, his COVID-19 advisor checked in with various state Democrats to assess their support for the governor, hinting (according to some reports) that access to vaccines in their districts might be at stake.

Yet Cuomo remains popular with many New York voters. He touts his legalization of same-sex marriage and enactment of the strictest gun-control measures in the nation. Then there were the daily briefings last spring at the height of the pandemic in New York. The contrast with Trump’s briefings could not have been starker: Cuomo seemed positively statesmanlike. The ratings were high, an Emmy was on the way, and a big book contract was signed. Never mind that New York’s death toll would remain the highest of any state in the nation, or the evidence that something had gone horribly wrong in New York’s nursing homes. Never mind Cuomo’s preening or his premature victory lap. Even now people recall his data-filled powerpoints, his empathy, his invocation of love as a method of coping.

Others remember how he also talked about his daughters, and wonder how to square that affectionate fatherly bluster with his behavior around women who worked for him, women less than half his age. The harassment he is accused of is indefensible. But his mishandling of nursing-home deaths and the subsequent alteration of a report to cover up the real numbers are a different kind of offense: an attack on the interests of the people Cuomo is sworn to protect, a violation of the compact between himself and the voters. Yet if he weathers the storm, he’ll likely run for a fourth term in order to achieve what has long seemed like his true aim—vanquishing the ghost of his governor father, Mario, who is remembered, fairly or not, as the kinder, smarter, more eloquent Cuomo, but who, for all his accomplishments, served only three terms.

In New Jersey, it's always something