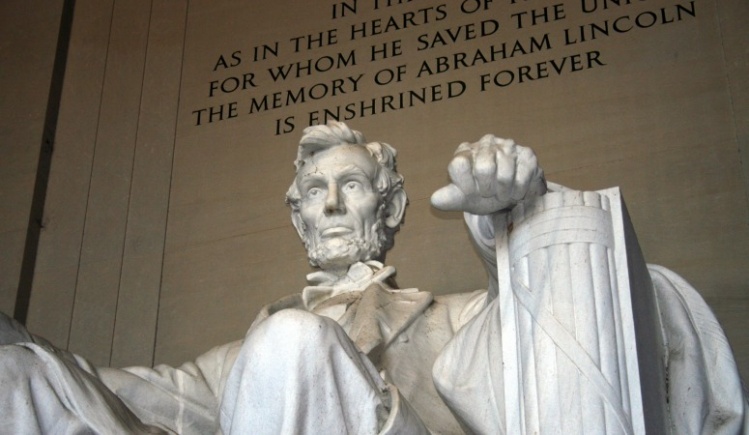 I didn’t sign up to tour Louisiana’s Whitney Plantation/Slave Museum last month expecting to hear heroic stories about white people, and I certainly never questioned the veracity of the horrors chronicled at this reinterpreted 19th century plantation north of New Orleans.

But when our tour guide declared that the sainted Abraham Lincoln didn’t believe slaves were human beings, I instinctively stiffened. “That’s not true,” I whispered to a friend traveling with me.

Later in the tour I quietly approached the couple from Nova Scotia whose query about Lincoln’s role in abolishing slavery had led our guide to – in my mind - write off the Great Emancipator as little more than a political opportunist.

Yes, I told the Canadians, Lincoln’s primary goal was preserving the union. Yes, he once advocated shipping all the slaves to Africa or Central America. Yes, in trying to avert war he agreed to let Southern states keep their slaves, if slavery was banned in new states and territories.

But all this didn’t mean Lincoln, and slave owners like Jefferson and Washington, considered slaves to be less than human.

Or did it? Our guide was an eloquent, energetic African American woman who invited questions and dialogue. But because I didn’t fully understand then why her remarks about Lincoln bothered me so, I didn’t pursue it.

Later, after returning home to Connecticut, I questioned my reaction. But that day I was so sure our guide was out of line that I argued the point late into the night with the two friends who had accompanied me.

It was a familiar pattern for us – three white girls obsessed with race since we bonded as college freshmen 50 years ago, trying in our various professions to matter outside of the relative privilege we were born to.

Two of us were in the Lincoln defense camp that night, with one defending the guide’s assessment. Since then I’ve come to reconsider the language we use around slavery, and admit that I may have unconsciously been speaking a different language from the tour guide.

In insisting that Washington, Jefferson and Lincoln considered slaves to be human beings, I was speaking small. Animal vs. Human: Of course those men thought slaves were human beings. All three said slavery was wrong, even the two who practiced it and enjoyed the fruits of slave labor.

Our tour guide, on the other hand, was speaking large. Animal vs. Human: If you’re treated like an animal, which every single slave was by mere fact of ownership, isn’t it meaningless to be called a human being?

Treatment, not empty words, is after all the way I talk about human rights. I support both the substance and the language of “Black Lives Matter” because even today in this country, that isn’t always true.

My friends and I went to New Orleans for a festive celebration of our half-century of friendship. But we unanimously chose to forego the city’s legendary delights long enough to visit the slave museum.

“Every plantation museum is about slavery,” a hotel clerk had told us, suggesting we choose a prettier one than the Whitney – perhaps the palatial estate used in filming “Twelve Years a Slave.” But only the Whitney focuses solely on the lives of the slaves who toiled there.

Our tour began at an outdoor exhibit still under construction, memorializing the leaders of the 1811 Louisiana slave revolt. Leaders of the failed revolt, the largest in U.S. history, were publicly executed and their severed heads displayed on spikes as a warning to others.

It must have been a ghastly sight, as were the sculptures of heads on spikes displayed in an enclosure. Some of these were reportedly displayed near the museum entrance until visitors complained it was too disturbing.

Almost all of this museum’s exhibits are outside, which makes sense, because that is where slaves spent most of their gruesome work hours.

As we shivered on an unseasonably cold February day, we tried to imagine toiling in oppressive heat in the sugarcane fields, striving to make quota without losing life or limb to an errant cut of a machete, the sharp blades of the sugarcane itself, or a poisonous snake slithering underfoot. Slave children, we were told, typically worked barefoot.

We stood inside relocated slave cabins too flimsy to erase our chill; only inside the thick walls of the plantation house did we finally warm up. Inside and out, we studied life-sized sculptures representing slave children on the Whitney Plantation, some of whose memories were recorded between 1936 and 1938 as part of the Federal Writers’ Project.

The project sent journalists to Southern states to record the stories of former slaves. Naturally, the interviewees had been children at the time of emancipation, which is why the Whitney sculptures represent them as such.

Moving as these sculptures are, the slave narratives are even more so. Excerpts are engraved along with the names and birthplaces – if known – of the interviewees on a long, meandering wall that reminded me of the Vietnam War Memorial in Washington, D.C.

Our guide said the majority of tourists she sees are white, and from outside the United States – frequently Australians. She surmised that for many Americans, black and white, visiting the museum might be too painful.

Along with the Canadians, our group included a couple from Israel. But we also had several African Americans, one of whom thanked the whites in our group for coming. This rather embarrassed me. But as she clearly was speaking from her heart, I tried not to show it.

I returned home from New Orleans armed with a book about the Louisiana slave rebellion and a collection of slave narratives from the 1930s. But the first thing I did was refresh my knowledge about Lincoln.

I had forgotten that Lincoln supported segregation, and said he thought Africans didn’t have the same intellectual capacity as Europeans. Our Whitney tour guide obviously remembered this, and a lot more.