Cultural Heritage in the Middle East: A Scholarly Update 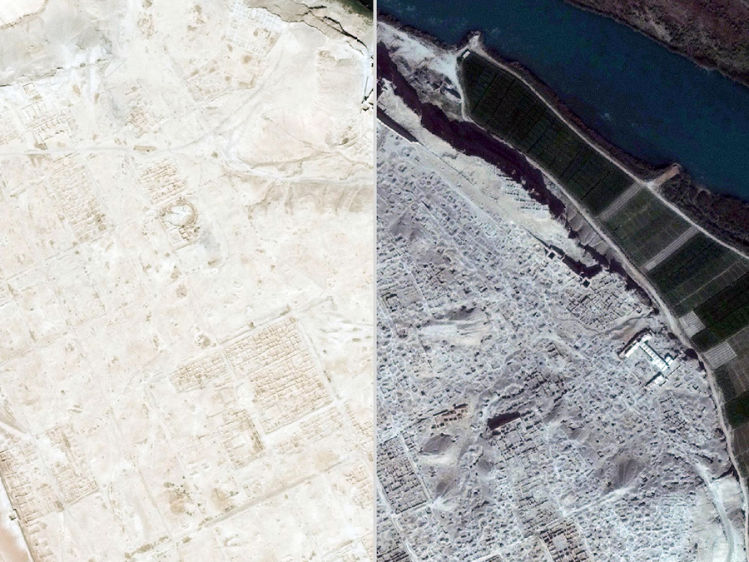 Last year I wrote about organizations struggling to preserve the cultural heritage of Syria and Iraq. The struggle continues, as ISIS continues its path of destruction and looting, while other reports demonstrate organized looting in areas held by the Syrian government and its military.

Scholars feel mostly helpless regarding the situation. When I first looked at recent images of Dura-Europos provided by the Geospatial Technologies Project (an ancient site about which I've been writing a book for five years), I felt nauseated and useless. Sometimes we scholars look like we're in the proverbial "ivory tower" not because we don't care, but because we just don't know what to do -- and we're not accustomed to guessing when others' lives are at stake. Even seasoned on-the-ground archaeologists and museum curators in Syria are at a loss about the best way forward.

But a recent issue of the academic journal Near Eastern Archaeology demonstrates what scholars can do in response to calamitous world events. The special issue, edited by Prof. Jesse Casana of Dartmouth, presents the current state of cultural heritage in Syria, Iraq, Afghanistan, Egypt, and Libya. Its ten articles -- which the journal made open access due to its humanitarian goals -- shows a blend of the latest technologies, keen analysis, and social engagement.

It's not ivory-tower scholarship, but a rare combination of the view on-the-ground with the view from a satellite.

You can find the whole issue here.

Is the "Jesus's wife" papyrus a forgery? And other queries.