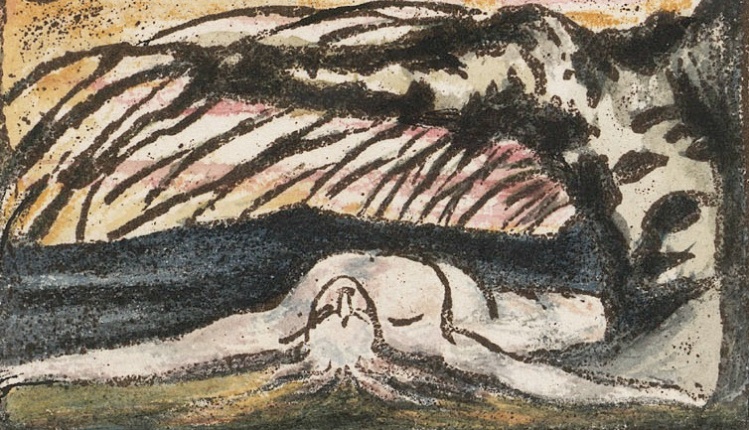 Forgiveness is not easy. It is probably one of the most challenging requirements of living out the Gospel for most Christians. Part of the problem may be our lack of understanding of what forgiveness really is. Many think one is being forgiving when one chooses to ignore an offense or makes excuses for the offender. In truth, this is not forgiveness, but instead a kind of self-deception that can perpetuate rather than heal the rift between two people. William Blake wrote and illustrated a poem titled “A Poison Tree”—included in Songs of Experience—that tells a powerful story of two ways of dealing with anger and, by implication, with forgiveness. The lesson is powerful.

The first two lines of the poem succinctly describe the speaker’s dealings with a friend who has hurt or angered him: “I was angry with my friend / I told my wrath, my wrath did end.” More complicated is the depiction of how the speaker deals with his enemy.  In this case, the wrath is not expressed: “I told it not,” he says, and so “my wrath did grow.”  This untold wrath becomes the poisoned fruit on the “poison tree” of the title. False silence and pretended love cause this “poison fruit” to grow: “I sunned it with smiles, / and with soft, deceitful wiles.” Concealing one’s wrath can actually increase it. In the second half of the poem, the unnamed foe sneaks into the garden and eats this apple of wrath, now grown larger and deadly with poison. The speaker expresses satisfaction at finding his enemy lying dead under the tree. Blake is clearly writing about the destructive nature of unforgiveness, particularly when it is disguised, but I believe his poem also tells us something important about forgiveness.

Though there are many small offenses that can and should be overlooked in the exercise of daily charity toward our neighbor, other offenses are too big for this kind of gentle and graceful sweeping away of faults, and in this situation it may not be the most Christian of acts to keep one’s anger hidden. In Matthew 18:15–17, Jesus spells out what to do in such cases:

If your brother sins against you, go and tell him his fault, between you and him alone. If he listens to you, you have gained your brother. But if he does not listen, take one or two others along with you, that every charge may be established by the evidence of two or three witnesses. If he refuses to listen to them, tell it to the church. And if he refuses to listen even to the church, let him be to you as a Gentile and a tax collector.

How can a person be expected to repent when it might not be at all clear to him what his offense was?
sharetweet

Much could be said about this passage, but a few key points link it to Blake’s poem. First, the fault is not simply a sin that needs to be addressed in order to keep the community holy in a general or impersonal way. That might be part of the concern, but it is also a personal offense, as Jesus says, “If your brother sins against you…[emphasis mine].” Second, we are told by Jesus to “go to him and tell him his fault.” This is not easy, and I think many of us think it would be more Christian to act as if we had not been offended. But Jesus gives us a compelling reason for confrontation: “If he listens to you, you have gained your brother.”  The motivation is one of love—a relationship is restored, and the offender is brought back into the fold. If the relationship is not restored because the offender refuses to admit his wrongdoing, the next step is for the person he has offended to confront him again, this time in the company of one or two others. This tactic is a little like an intervention for an addict, when several family members or friends confront a person about his or her addiction. The suggestion is that hearing not just from the person he has harmed but also from two or three “witnesses” will convince the offender, and he will repent. If this doesn’t work, Jesus says to bring it to the church, in the spirit of fraternal correction and in the hope of reconciliation. But if this doesn’t work either, the person is to be treated as “a Gentile or a tax collector.” Even after this estrangement, however, we are forbidden to indulge in hostility and enjoined to offer forgiveness as soon as it is asked for. In fact, the next section of Matthew 18 makes clear that we must be willing to forgive not only once, but “seventy times seven.” Ideally, however, the reconciliation happens at an earlier stage, before the estrangement sets in. Not telling a person when he or she has seriously hurt or offended us makes real forgiveness harder, not easier. How can a person be expected to repent when it might not be at all clear to him what his offense was? And how can we forgive if we are pretending to others, and perhaps also to ourselves, that we were never offended in the first place? 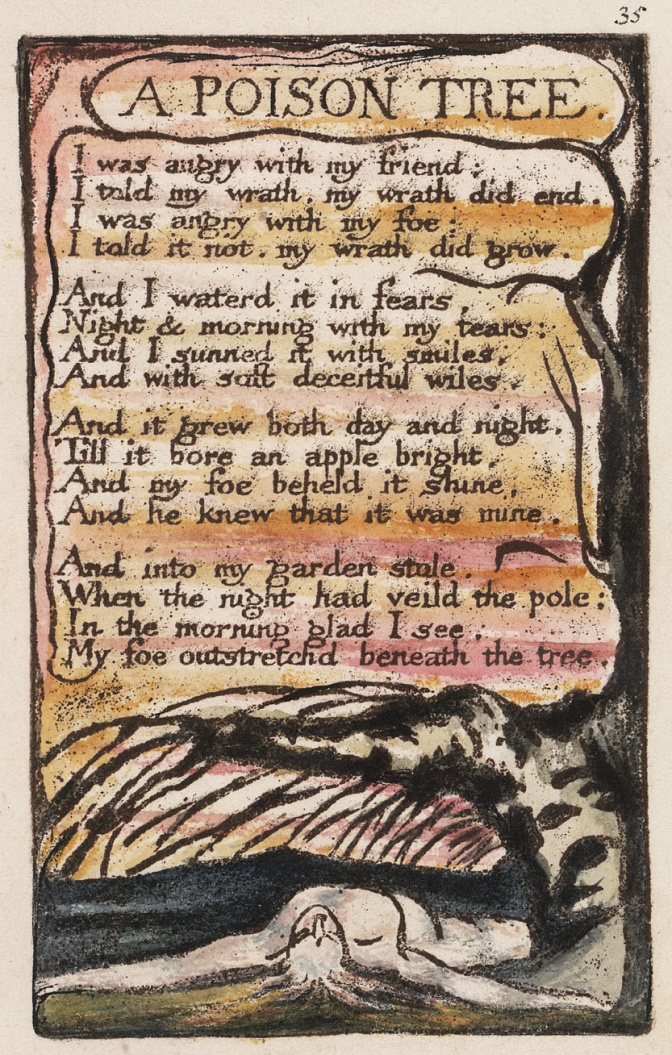 I speak from experience. Not long ago, I was very angry at someone who had hurt me. Though it was not an easy thing to do, I confronted the person (in writing), and later involved another person for support. It was a complicated and difficult situation, but, after a period of months, there was finally a reconciliation. The person apologized for at least part of what had offended me, and I said, “I forgive you”—and meant it. Afterwards, I realized that the initial confrontation had helped me to forgive. Had I kept my anger to myself and acted “nicely,” I don’t think I would have been able to forgive, nor would the other person have known that there was any need for him to apologize. Prayer, the Sacrament of Reconciliation, and Scripture all helped to prepare me to forgive, but without openly confronting the person who had offended me, there would have been no prospect of reconciliation—forgiveness offered and accepted.

What happens if the person who has offended us does not acknowledge his or her offense or simply doesn’t want our forgiveness? Is real forgiveness even possible when the person to whom it is offered rejects it? I would argue yes—that real forgiveness subsists in the willingness to forgive, in the heart of the person who offers it, even if the offer is refused. Just as the poison tree of unforgiveness in Blake’s poem represents a malice that is destructive despite its silence, so our expression of a willingness to forgive can still benefit us even if it goes unanswered. A door is held open, and though the offender may not go through it right away, the opening remains a powerful sign. Perhaps it was a situation like this that Paul had in mind when he wrote, “If possible, so far as it depends on you, be at peace with all men.” He goes on to explain how to treat those who do not wish for peace with us: “Never take your own revenge, beloved, but leave room for the wrath of God, for it is written, ‘Vengeance is mine, I will repay,’ says the Lord. ‘But if your enemy is hungry, feed him, and if he is thirsty, give him a drink; for in so doing you will heap burning coals on his head.’ Do not be overcome by evil, but overcome evil with good” (Romans 12:19–20). Love must be shown even to those who are determined to remain our “enemy,” and there is hope for their eventual repentance in Paul’s final injunction to “overcome evil with good.”

Simply offering our forgiveness helps us heal even without reconciliation. One example of such an unaccepted offer is the case of those who survived the attack on Emanuel African Methodist Episcopal Church in 2015. They amazed the world by offering forgiveness to Dylan Roof, who killed nine of the members of their church. Though he showed no sign of remorse, their offers of forgiveness and prayer were a moving testimony to the spirit of forgiveness in this community. These offers did not ignore or minimize the gravity of Roof’s crimes, or seek to excuse them. They were not a form of escape from a painful reality, but a heroic response to it. Forgiveness, rooted in truth, is as powerful as unforgiveness is destructive.