By Paul Baumann
Secularism and Modernity
Women in the Church 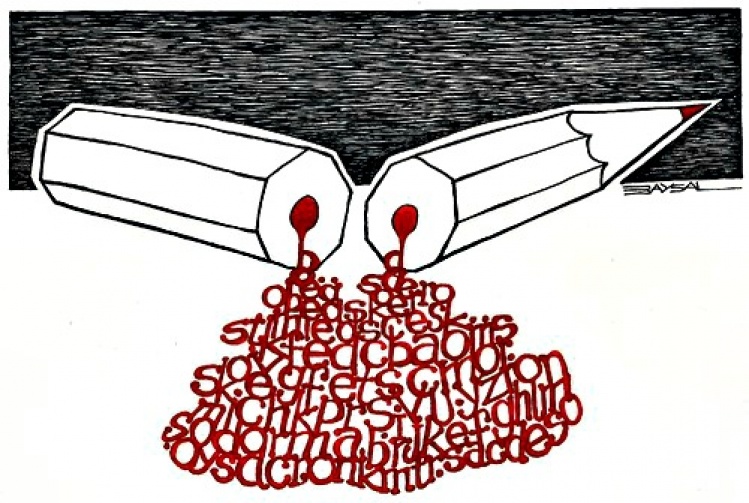 Earlier this month I participated in an all-day symposium on the Catholic press at St. Joseph’s Seminary in Yonkers, New York, otherwise known as Dunwoodie. Our topic was “In Service of the Word: The Catholic Media in the New Evangelization.” I was one of the featured panelists, along with the editors of America, First Things, the National Catholic Register, and U.S. Catholic. Matt Malone, America’s editor, organized the event in collaboration with the seminary. Happily, he also brought James Martin, SJ, along to moderate an afternoon discussion among the panelists.

Dunwoodie is not the easiest place to get to, so the audience was sparse, but Msgr. Peter I. Vaccari, the rector of the seminary, was an exceedingly gracious host. In the morning session, all the panelists were asked to explain how they understand the mission of their magazine, and what their estimation was of the challenges and opportunities facing the Catholic press today. For example, America sees itself explicitly as a ministry, while Commonweal does not. R. R. Reno, the editor of First Things, was unapologetic about his magazine’s “combative” approach to issues and “conservative” philosophy. Meinrad Scherer-Emunds emphasized that U.S. Catholic, a ministry of the Claretians, is written for “ordinary” Catholics, not academics. Five-dollar words are ruthlessly expunged from its pages. National Catholic Register editor Jeanette Demelo spoke of the tension she has to navigate between the bishops’ views on immigration and the reactions of her very conservative readers. Not surprisingly, all the editors agreed that it is a good thing that a wide a spectrum of views is available in the Catholic press.

As we were sitting down for lunch, a woman from the audience came up to me to offer some friendly advice. As best I can remember, she said something along the following lines: “At some point, you know, you really have to pick a side. Otherwise it just gets boring.” I took this as a critique of Commonweal’s tendency to present a variety of views in our pages and where possible to seek compromise solutions to problems. Sometimes we criticize the church and defend certain aspects of the secular culture; other times we criticize the secular culture while defending the church. In my opening remarks, I quoted from a statement written by Commonweal’s editors in the early 1950s. In it the editors explained why the magazine tried to avoid overt preaching or any pretension to “priestly” authority. “We have been asked from time to time to spell out Commonweal’s political philosophy,” they wrote. “It is not an easy thing to do, because the magazine does not commit itself to any ism, party-line, or partisan loyalty…. If it can be said that Commonweal operates according to any political dogma, it is the right to take a fresh look at things periodically, to make all judgments tentative, and to consider the total political situation.”

So, I’m sure it didn’t surprise the woman when I replied to her remark by saying, “But what if you can’t decide which side you’re on?”

The conversation ended rather abruptly there.

I suspect my interlocutor took my reply as an example of precisely what she was complaining about. I understand her impatience, but on any number of contested issues I honestly don’t know what the right answer is. On whether the United States should torture prisoners, I know. On whether same-sex marriage will further undermine the marriage culture and the important connection between sex, procreation, and family life, I’m just not sure. On whether divorced and remarried Catholics should be readmitted to the sacraments in certain circumstances, I think I know the answer, but I want to hear more arguments for why that might be a mistake. I feel the same way about the possible consequences ordaining women might have for church unity as well as on the gender symbolism that pervades Catholicism. (I'm only speaking for myself here. The magazine's positions on such questions are arrived at collaboratively.) On a host of questions, I believe Catholics have a lot more thinking and questioning to do. I don’t want these debates to be shut down prematurely from either side, and I suspect the answers we finally arrive at in a decade or two or three from now will be a little different from the alternatives now on offer. Yes, eventually one must pick a side, but deciding a question too early can be as much of an error as deciding it wrongly. I think Cardinal Newman said something like that somewhere, didn’t he?

Tags
Secularism and Modernity
Women in the Church