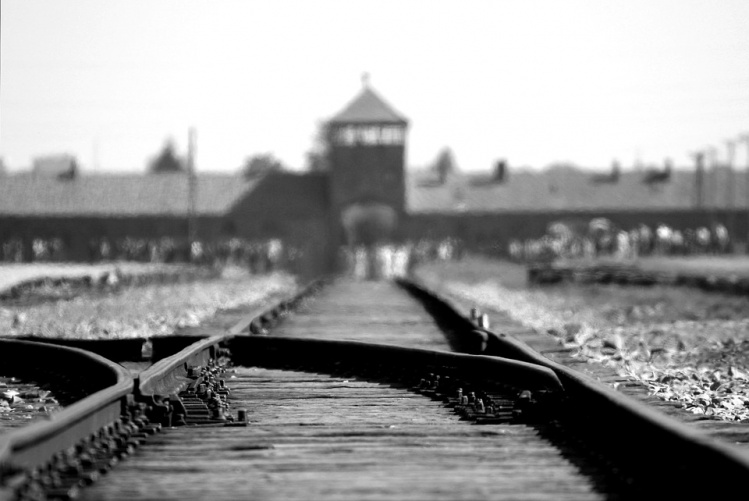 When François Mauriac wrote the preface to Night, Elie Wiesel’s account of his survival at Auschwitz and Buchenwald, the French Catholic Nobel laureate described his attempt to provide a religious response to a much younger Jewish writer who had seen far more than he had of man’s inhumanity to man. “What did I say to him?” Mauriac wrote in 1958. “Did I speak of that other Jew, his brother, who may have resembled him—the Crucified, whose Cross has conquered the world?”

It was not the first time, and it would not be the last, that a Christian tried to understand Jewish suffering on Christian terms. Perhaps it is unavoidable: every faith provides a set of ideas and images with which the faithful might respond to circumstances that challenge belief. Given the long history of Christians seeing Jews as tormenters of their savior rather than as “brothers” who shared his fate, looking for Jesus among the murdered masses is admirable.

Yet it also may shed some light on the latest episode in the Catholic Church’s struggle to come fully to terms with the Holocaust. When Pope Benedict XVI decided to repair relations with four bishops of the Society of Saint Pius X, a schismatic organization with a record of anti-Semitism, he failed to foresee how his effort to mend an internal rift would be received outside the church. And when one of these bishops proved to be not just an anti-Semite but a Holocaust-denier, the first question for many was, how much did the pope know about the bishop’s taste for revisionist history and when did he know it?

There is a bigger question, however. It is one rarely asked because it challenges the assumption that a religious response to the Holocaust can ever be appropriate.

When Benedict XVI visited Auschwitz in 2006, the prayer service he led began with the words “My God, my God, why have you forsaken me?” Words from the Psalms, they no doubt had been uttered within the prison gates before, by Jews praying as Jews in their final days. Yet that’s not why they were spoken during the pope’s visit. They were invoked then because Christians remember the same verse as words cried out by Jesus from the Cross. Who becomes the victim in this kind of remembrance? The pope himself provided a hint: “By destroying Israel,” he said of the Nazis, “they ultimately wanted to tear up the taproot of the Christian faith.” Might this be another kind of revisionism?

The same could be asked of Pope John Paul II—the first pontiff to enter a synagogue, regarded by many as the best friend Jews have had in Rome. Early in his career, he was called upon as bishop of Krakow to give support to the beatification of the Polish priest Maximilian Kolbe, killed at Auschwitz in 1941. Asked if there were any relics available for this future saint, the man who would be pope said he could offer only “a single grain of Auschwitz soil.” With Kolbe’s canonization in 1982, the Catholic Church aligned itself with the victims of the Nazis as never before. In the making of a Christian martyr, however, it enlisted the earth below a concentration camp whose principal victims were Jews.

There is a difference between facing up to history and seeing one’s own theology play out at every turn. If the first frame of reference for the murder of 6 million Jews is the death of a Christian savior or saint, one can see how the dark spots of history might be forgotten beside the light of faith.

Nothing shows how little we understand the suffering of others more than the attempt to use our story to make sense of it.
sharetweet

Speaking of the Holocaust is never easy—except for those who blithely deny it—but at times Catholics seem to find it easier to speak of the unspeakable in terms that make clear that we, too, know about suffering. We believe we know which words to invoke at the scene of faith-challenging atrocities because feeling forsaken by God is part of the story of our faith as well. The difficult thing to accept, however, is that nothing shows how little we understand the suffering of others more than the attempt to use our story to make sense of it.

It’s likely the Catholic Church will find itself again where it is now—seeming still unable to comprehend the enormity of the Shoah—until it realizes that no matter the religion into which its savior was born, the Holocaust is not part of its narrative of salvation. Even allowing that those who hold a universal faith must seek opportunities for salvation everywhere, it does little good to treat Auschwitz as another stage in an endless Passion Play. To do so subjects brutal realities to the theological imagination, where meaning holds sway over facts.

The question raised by the Vatican’s fumbling with a fringe bishop concerns not merely the denials of one man, or even his entire anti-Semitic organization. The question here is whether religion itself encourages a kind of revisionism: a re-visioning of events through a lens of ideology; a recasting of the details of catastrophe to meet a meaning predetermined by faith.

Yes, this is exactly what religion does. It happens no less at Passover Seders than it does during the Mass. It is this “revisionism” that allows people of faith to salvage hope from despair. But not without complication: benign though religious revisionism may often be, what does it do to history?

Peter Manseau is a lecturer in journalism and a doctoral candidate in theology at Georgetown University. He is the author of Songs for the Butcher’s Daughter, winner of the 2008 National Jewish Book Award for fiction.