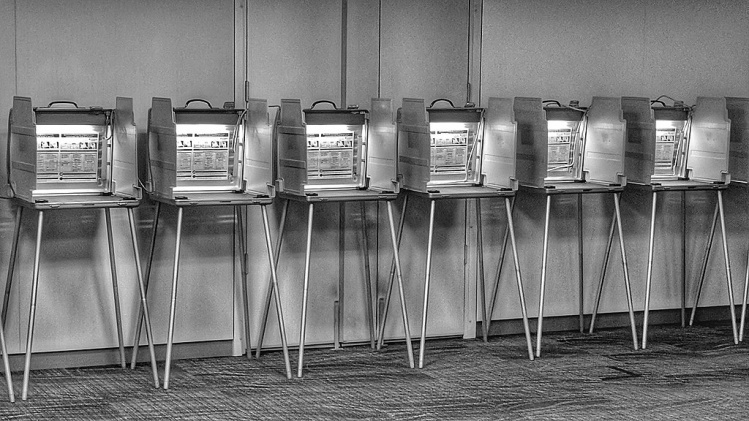 The assumptions underlying a controversy are often more important than the controversy itself.

Take the case of our blithe acceptance of the electoral college. There is nothing normal or democratic about choosing our president through a system that makes it ever more likely that the candidate who garners fewer votes will nonetheless assume power. For a country that has long claimed to model democracy to the world, this is both wrong and weird.

And there is also nothing neutral or random about how our system works. The Electoral College tilts outcomes toward white voters, conservative voters, and certain regions of the country. People outside these groups and places are supposed to sit back and accept their relative disenfranchisement. There is no reason they should, and at some point, they won't. This will lead to a meltdown.

Our brewing troubles were underscored last month by the kerfuffle that Nate Cohn, the New York Times's political numbers guru, set off with a story that ran under the headline "Trump's Electoral College Edge Could Grow in 2020, Rewarding Polarizing Campaign."

For election junkies, Cohn's analysis ignited quite a stir, especially since it set off a "Nate vs. Nate" Twitter skirmish between Cohn and Nate Silver, another brand-name data maven. (Yes, fate has made Nate a name of choice for people in this line of work.) Silver's main critique was fair enough: "There's just not that much we can say about the Electoral College right now beyond a couple of fairly loose priors (e.g. it's more likely to help than hurt Trump)."

Still, Cohn's calculations were revelatory. He stressed, for example, that higher turnout in 2020, which is generally seen as helping Democrats, could actually boost Trump in the key states of Michigan, Pennsylvania, and especially Wisconsin by bringing out more of the Trump base.

There is nothing neutral or random about how our system works. The Electoral College tilts outcomes toward white voters, conservative voters, and certain regions of the country
sharetweet

As Cohn wrote, "the major Democratic opportunity—to mobilize nonwhite and young voters on the periphery of politics—would disproportionately help Democrats in diverse, often noncompetitive states." On the other hand, the GOP's opportunity is "to mobilize less educated white voters, particularly those who voted in 2016 but sat out 2018." This "would disproportionately help them in white, working-class areas overrepresented in the Northern battleground states."

Think about it: the Democratic nominee against Trump could beat him by far more votes than Hillary Clinton did in 2016—and still lose. Clinton led Trump by 2.9 million popular votes, 2.1 percent. Cohn's conclusion: "It is even possible that Mr. Trump could win while losing the national vote by as much as five percentage points."

This means that the country could render a negative verdict on Trump's time in office by swinging away from him in a big way—and he would still be president for four more years.

Defenders of such a departure from one person–one vote say that if Democrats run up big leads in a few states and regions—especially California but also, say, New York, Illinois and New England—that shouldn't count. Their strained claim is that a president is somehow more "representative" of the country if he wins by eking out tiny margins in several Midwestern states. This transforms our democracy into a casino. If you narrowly hit the right numbers in some places, you take the pot.

What they are really defending, without explicitly saying so, is the idea that states with a higher percentage of white, non-Hispanic voters should have a disproportionate influence on who becomes president.

As a short-term strategic matter, Cohn is right to stress the importance to the 2020 result of states that were closely divided in 2016. I have great affection for the Midwest, but I see no just reason for an individual voter in California having far less power than an individual voter in, say, Wisconsin or Michigan.

And the system's bias toward white voters only encourages Trump's habit of dividing the country along racial lines. So in addition to being undemocratic, the Electoral College encourages a particularly odious politician with no interest in uniting the country to do all he can to promote minority rule.

At some point, the majority will rise up. If Cohn's worst-case-for-democracy scenario materializes, 2020 could be that year. Our founders admitted that the Electoral College system they created in the original Constitution was defective by altering it with the 12th Amendment in 1804. It's time we followed their lead in showing the same willingness to scrap a system that is sending us headlong into a national crisis.

To Boston, with Love