The Case for Conscience 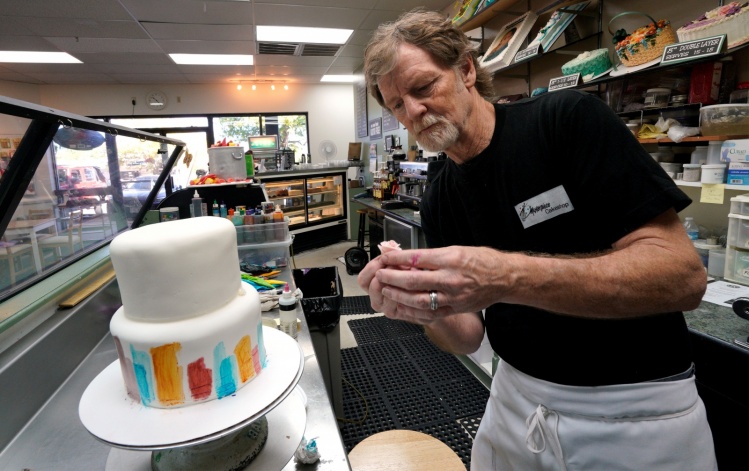 Respect for freedom of conscience is terribly limited these days—limited, in most cases, to respect for the consciences of those one agrees with. But there is a glimmer of respect in Monday’s 7-2 Supreme Court ruling in favor of a Colorado baker’s refusal to create a wedding cake for a same-sex marriage.

Three of the justices who backed the court’s landmark 2015 ruling in favor of same-sex marriage—Anthony Kennedy, Elena Kagan, and Stephen Breyer—recognized baker Jack Phillips’s right of conscience to refuse to create a cake for the wedding of two men, Dave Mullins and Charlie Craig. What made the ruling possible, for this particular case, is that the court found that Phillips was acting on his “sincere religious beliefs and convictions.” The justices were disturbed that some members of the Colorado Civil Rights Commission, which had ruled against Phillips, seemed to discount the possibility that the baker’s religious beliefs were sincere and not simply a mask for ill will. This led to the majority’s ruling that the commission and Colorado courts had failed to give Phillips the religiously neutral review that the Constitution requires.

The majority opinion, written by Kennedy, brings moderately liberal justices Kagan and Breyer along by giving the ruling a narrow scope, based primarily on the facts of this particular case. The ruling puts a lot of weight on several remarks that members of the Civil Rights Commission made when they heard the case against the baker, especially this one:

Kennedy seizes on that comment in the majority ruling:

To describe a man’s faith as ‘one of the most despicable pieces of rhetoric that people can use’ is to disparage his religion in at least two distinct ways: by describing it as despicable, and also by characterizing it as merely rhetorical—something insubstantial and even insincere. The commissioner even went so far as to compare Phillips’ invocation of his sincerely held religious beliefs to defenses of slavery and the Holocaust. This sentiment is inappropriate for a Commission charged with the solemn responsibility of fair and neutral enforcement of Colorado’s anti-discrimination law—a law that protects discrimination on the basis of religion as well as sexual orientation.

A second Colorado Civil Rights Commission case involving religion and bakeries became an important subplot in the Supreme Court decision. That one involved an evangelical Christian man named William Jack who filed a complaint with the Colorado Civil Rights Commission charging that three bakers discriminated against him on religious grounds by refusing to create cakes that invoked biblical passages to denounce same-sex marriage.

Jack wanted his cake to be shaped like an opened Bible. One of the cakes would depict two grooms holding hands, with a red “X” imposed on the image. There would be an inscription, “God hates sin. Psalm 45:7,” and a passage based on the Book of Leviticus, “Homosexuality is a detestable sin.”

That ability to see dignity in those holding an opposing viewpoint is too rare. Pope Francis, in focusing attention on Catholic teachings on the importance of conscience, has faced an often mean-spirited opposition within his own church.
sharetweet

Marjorie Silva, owner of Azuca Bake Shop in Denver (and a Catholic, the Colorado Civil Rights Commission noted), considered this “detestable” and “offensive.” It clearly violated her conscience to create a cake with a message that she believed to be hateful. She said that she likewise would refuse to make a cake that belittled Christian beliefs.

In this case, the commission ruled that the baker was not discriminating against a potential customer based on religious belief. The Colorado panel said Silva wasn’t turning down Jack because of his religious belief, but because of the “explicit message” that she deemed as discriminatory.

Was there a double standard? Kennedy’s opinion treats the second ruling as evidence of one.  “Another indication of hostility is the difference in treatment between Phillips’s case and the cases of other bakers who objected to a requested cake on the basis of conscience and prevailed before the Commission,” he writes.

The drift of the news coverage is that this ruling doesn’t change much because it is based on narrow grounds. That is so. But it’s significant that three of the justices who supported the court’s landmark 2015 ruling in favor of same-sex marriage also discern a basis for dissent in conscience against what they have made the law of the land. That ability to see dignity in those holding an opposing viewpoint is too rare. Pope Francis, in focusing attention on Catholic teachings on the importance of conscience, has faced an often mean-spirited opposition within his own church.

Some fear that recognizing the right of conscience would open such a giant loophole that it would render meaningless the rules at stake. Opponents of the civil-rights movement once argued that they had a right of conscience to exclude blacks from housing or to deny them service at a restaurant.

In formulating their ruling, the justices took care to announce that they were not going to allow religious opposition to deny rights to gay people. “Any decision in favor of the baker would have to be sufficiently constrained, lest all purveyors of goods and services who object to gay marriages for moral and religious reasons in effect be allowed to put up signs saying ‘no goods or services will be sold if they will be used for gay marriages,’ something that would impose a serious stigma on gay persons,” Kennedy wrote.

The justices are calling for these difficult disputes to be approached with an open mind, with respect for conscience and the rights of all parties: “These disputes must be resolved with tolerance, without undue disrespect to sincere religious beliefs, and without subjecting gay persons to indignities when they seek goods and services in an open market.”