Can Democrats Rise to the Challenge? 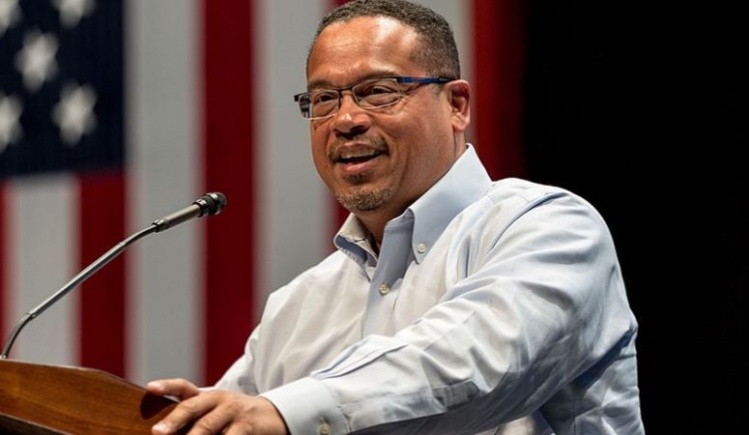 The most striking aspect of the vast and swiftly organized movement against Donald Trump is how little it had to do with the Democratic Party. Whoever is elected to chair the Democratic National Committee this weekend should draw two conclusions from this, and they are in tension.

First, the anti-Trump effort, while broadly motivated by a progressive worldview, is diverse in both philosophy and experience. Trump incites antagonism from the center and the left. Those protesting him include citizens who have long been engaged in politics but also many recently drawn to activism by the sense of emergency this dreadful administration has created.

Second, Democratic leaders need to organize this discontent into a potent electoral force at a time when the very words “party” and “partisanship” are in disrepute, particularly among young Americans who are playing a key role in the insurrection. Democrats will not be up to what has become a historic responsibility if they indulge their tendencies toward heaping blame on the factions they oppose (“It’s Hillary’s fault” vs. “It’s Bernie’s fault”) or relishing the narcissism of small differences.

Thus the political tightrope the incoming head of the DNC will have to walk: A political party should not get in the way of a spontaneous and principled uprising rooted in so many movements across civil society. But in the end, as the tea party understood, power in a democratic nation comes from winning elections. And a two-party system, like it or not, requires picking sides.

As Ryan Grim and Amanda Terkel reported this week for The Huffington Post, this process is starting to happen on its own as once-moribund local Democratic parties suddenly find themselves inundated with recruits inspired by the urgency of resisting Trump. Whoever wins the DNC job will have to do far more than national leaders have done in the past to nurture this energy in the precincts and neighborhoods, and to build party structures in places where they don’t even exist.

Almost as important will be fighting misleading assumptions about why Democrats failed in 2016. At the top of the list: the idea that Trump brought together a brand new coalition and scrambled politics entirely.

Wrong. Trump largely rallied the Republican base (he carried 88 percent of Republicans, according to exit polls, and 81 percent of conservatives) and received only 2 million more votes than Mitt Romney did in 2012 (62.98 million for Trump against 60.93 million for Romney). Those 2 million were crucial, of course, and they were distributed in the right states, but 2016 was not a re-aligning earthquake. The contours of politics remain familiar. And, yes, remember that Trump ran 2.9 million votes behind Hillary Clinton.

This underscores how false the choice is between a strategy based on increasing turnout among core Democratic constituencies and an emphasis on converting swing voters. It’s not dramatic to say it, but what’s required is some of both.

The best analysis I’ve heard suggests that Clinton fell just short because she underperformed in three ways: Democratic base turnout was a bit lower than it should have been; working-class white defections were slightly higher than her campaign expected; and she did not do quite as well as she hoped with upscale whites. There will be trade-offs over which of these problems is most urgent, but this is not some grand do-or-die choice.

Given how the candidates are converging, the DNC race isn’t do-or-die, either.

Former Labor Secretary Tom Perez, whose candidacy was encouraged by the Barack Obama/Clinton forces, appears to be in the lead. He has a stoutly progressive record and has reached out to Bernie Sanders’ enthusiasts.

Rep. Keith Ellison, who has Sanders’s strong support, has gone out of his way to talk the language of building broad coalitions and enjoys a lot of backing from congressional colleagues.

And Pete Buttigieg, the talented thirty-five-year-old mayor of South Bend, Indiana, has made a name for himself by promising a “fresh start” and arguing that the last thing the party needs is to keep refighting the 2016 primaries. In the eight-person field, Buttigieg seems to have the best chance of emerging as the alternative if neither Perez nor Ellison wins early.

Whoever prevails will have an unusual opportunity and a large burden. The grass-roots vitality Trump has unleashed against him in just a month is already close to matching the positive enthusiasm Obama nurtured during his 2008 campaign.

The hard part will be persuading the newly mobilized that the Democratic Party knows what to do with their commitment.