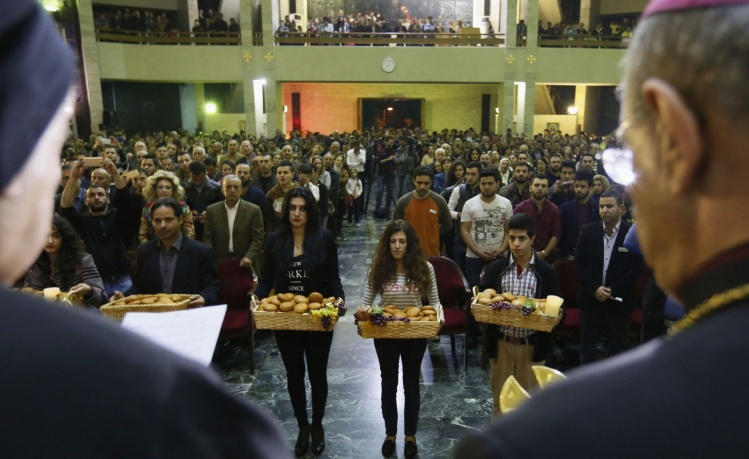 Why is it important that the bread of Eucharist be “bread broken”? What does it tell us about Jesus and about the community that shares his life?

When I was growing up, we had many opportunities to appreciate the role of food and drink in fostering family relationships. Whether we gathered around the dining room table for dinner, or celebrated a special occasion, food and drink played a delightful role, along with conversation and laughter. On solemn or sad occasions too, meals had a central place. “Breaking the bread” was what my Italian aunts and uncles called a funeral lunch. It was as much a part of leave-taking as the wake or liturgy itself. Shared meals were so central in our lives that it came as a surprise to me, years later, to learn that some families don’t eat together.

Truth to tell, traditional practices of shared family meals can no longer be taken for granted. In today’s busy and individualistic society, we catch some food on the fly, or watch television while eating. Eating is more a functional than a social event for many. Yet there remains something special about breaking bread with those we love, even if it happens less frequently than it once did.

In the cultural world of Jesus, sharing food and drink was both a social and a religiously significant event. It would have been unthinkable to “break bread” without first saying a blessing, acknowledging the Creator. The act of sharing bread was also most definitely a way of saying “we are at peace with one another”—as family, as friends, or as people who share a particular social and religious identity. To share a meal was a strong statement.

Given this context, it is deeply significant that Jesus is recognized “in the breaking of bread” by the two disciples he met on the road to Emmaus. Broken bread means bread shared. And bread shared means a relationship is affirmed and fostered. It is not only the bread that is important. It is the bread broken.

One of the earliest documents that describe the Eucharist, a first-century text called the Didache, refers to Eucharist simply as “klasma,” a Greek word which means, literally, “broken” (bread that is broken). Liturgical theologian Goffredo Boselli comments: “It is not only as bread (substance) but as bread broken and shared (relation) that the Eucharistic bread fully realizes its essence and the truth of the Eucharist.” (The Spiritual Meaning of the Liturgy; Liturgical Press, 2014, p. 186.)

Each year on the Third Sunday of Easter, the lectionary gives us passages about the Risen Jesus who appears to his disciples and eats with them. This naturally turns our attention to Eucharist, the meal we continue to share with the Risen Lord. Jesus desires to be in relationship with us, and so he breaks bread with us. Yet this breaking of bread is also an invitation to enter into relationship with one another in the family of God.

It is in the nature of things that we need to hear this invitation over and over again. No matter how often extended, it is only partially realized because its implications are so vast. For if this sign and symbol, so much at the heart of Christianity, were to be realized in its fullness, it would turn us outward to make peace with everyone, to embrace all God’s children. This is clearly a work in progress—the work of a lifetime. Yet sometimes we do get glimpses of what it means that we gather together, as Christians always have, to break the bread. “Their eyes were opened,” as Luke wrote of the two disciples, “and they recognized him.”