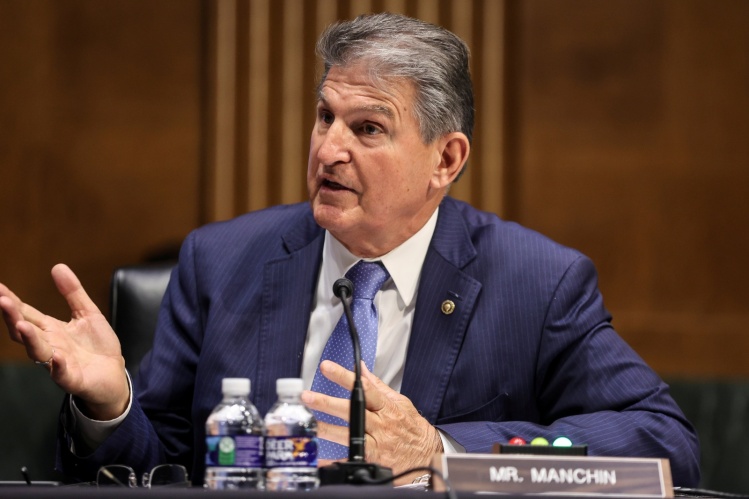 The Democrats’ $3.5 trillion budget-reconciliation bill is now under consideration in Congress. A key piece of President Joe Biden’s legislative agenda, the Build Back Better Act would advance important Democratic priorities in the areas of health care, taxation, education, and energy.

It would provide subsidies for more Americans to get Medicaid coverage. It would allow Medicare to negotiate with pharmaceutical companies for lower drug prices, while expanding the program to provide hearing, vision, and dental benefits. In the education sector, the bill includes provisions for universal pre-kindergarten and tuition-free community college. It would guarantee twelve weeks of paid family and medical leave to most working Americans and make the temporary child tax credit permanent. It would make in-home health care more affordable, while also increasing the pay of caregivers. It would combat global warming with subsidies for renewable energy and new penalties for companies that pollute. Finally, it would address the nation’s housing crisis with new funding for public housing, housing vouchers, and investments in the construction of affordable housing.

Taken together, these policies have the potential to make real improvements in the lives of many Americans. Sen. Bernie Sanders (I-Vt.), a major supporter of the Build Back Better Act, called it “the most consequential piece of legislation for working people in the modern history of this country.”

To pay for its massive spending increases, the bill proposes $2.9 trillion worth of tax increases for corporations and wealthy Americans. These would have the effect of undoing most of President Trump’s 2017 tax cuts, as well as closing loopholes that mainly benefit the rich.

Many of these reforms are widely popular, and would do real good for those who are struggling.
sharetweet

Republicans have strongly denounced the bill as “wasteful,” warning that it will increase the budget deficit, inflation, and unemployment. But the bill also faces opposition from moderate Democrats like Sen. Joe Manchin (D-W.Va.) and Sen. Kyrsten Sinema (D-Az.). Both have balked at the enormous cost of the bill; Manchin has said that he would prefer a bill that spends about half as much money. Moderates in both houses of Congress have taken aim at measures to combat climate change and—despite its wide popularity among the American people—the provision that would allow Medicare to negotiate lower drug prices.

Since the bill’s drafting, lobbyists working on behalf of pharmaceutical and fossil-fuel companies, among other lucrative industries, have been deployed to kill parts of the bill that would threaten their profits. At New York Magazine, Jonathan Chait has detailed the efforts of lobbyists who, sometimes without disclosing their interests, write op-eds and appear on cable-news shows to spread lies about how tax increases will affect the middle class. Such efforts need to peel away only a single Democrat in order to keep the Build Back Better Act from passing the Senate. (Without the filibuster, Democrats could pursue some of these policies outside the reconciliation process, but the same Democratic senators standing in the way of the reconciliation bill have thwarted efforts to eliminate the filibuster.)

It would be a shame if this historic bill died because of lobbyists and so-called centrists who care more about campaign donations than public opinion. Many of these reforms—paid family leave, increased taxes on the wealthy, investment in renewable energy—are widely popular, and would do real good for those who are struggling to keep up with their rent and the skyrocketing prices of medical care and higher education. Republican opposition to a bill of this kind is to be expected, but if Democrats fail to implement the most popular parts of their agenda while they still have the chance, they will have no one to blame but themselves—and they can expect voters to punish them for it at the polls.