Borne Back into the Past 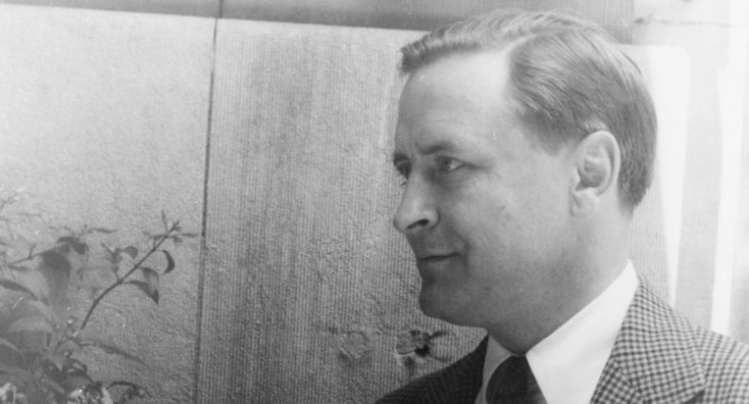 History remembers F. Scott Fitzgerald as the author of The Great Gatsby, but that reputation arrived posthumously. While he was alive, his 1920 debut novel This Side of Paradise was his calling card. Its descriptions of the loosened morals of his generation established the twenty-three-year-old writer as the voice of the Jazz Age, and its publication convinced Zelda Sayre to offer him her hand in marriage.

Fitzgerald took the book’s title from “Tiare Tahiti,” a poem by the late-Victorian writer Rupert Brooke, in which the poet rejects heavenly “paradise” as the folly of the wise, and turns instead to the fleshy pleasures of the Tahitian isle. Likewise, the novel’s Amory Blaine, Fitzgerald’s most transparently autobiographical protagonist, pursues fulfillment in liquor, women, and high society, paradise be damned.

Paradise, though, still has a hold on Amory. Haunted by Catholicism, “the only ghost of a code he had,” he remains torn between the worlds of flesh and spirit. Fitzgerald was really writing about himself. Long after he claimed to have left the church, he described himself as a “spoiled priest,” a divided soul unable to pursue mammon with a clear conscience. Arthur Mizener used the phrase as a motif in The Far Side of Paradise, the first biography of the author, which helped resuscitate Fitzgerald’s reputation and to this day remains the standard for insight into his psyche.

David S. Brown, in naming his new biography Paradise Lost: A Life of F. Scott Fitzgerald, places himself squarely in Mizener’s wake. In the crowded field of Fitzgerald scholarship, the scope of Brown’s book deserves this ambitious title. A historian by trade, Brown argues for Fitzgerald’s status as a cultural critic who charted the decline of America from the high ideals of the nineteenth century to the “soulless materialism” of the twentieth. This angle provides a fresh look at Fitzgerald’s role in shaping our understanding of the modern age, but Brown’s errors and unsteady grasp of Fitzgerald’s work ensure that the author himself remains hidden.

Brown places the writer in conversation with similar-minded intellectuals of his era, such as the economist Thorstein Veblen and Frederick Jackson Turner, who argued that the closing of the American frontier subsequently shuttered our cultural imagination. This context helps tie Fitzgerald’s tragic vision more closely to the material circumstances of his time, and specifically, to the rise of industrial capitalism and subsequent decay of civic virtue. Brown is right to draw our attention to the author’s unflinching focus on the American dream. Fitzgerald’s father, an ineffectual man born into a fallen Southern lineage, imparted to his son his nostalgia for antebellum aristocratic ideals, but “twentieth-century America’s rising republic of consumers” guaranteed that this bygone era remained a “paradise lost.” Brown argues that Fitzgerald, like Gatsby, was “borne back ceaselessly into the past” in a futile attempt to recover it.

Brown’s chapters constitute a lumpy mix of historical commentaries, analyses of Fitzgerald’s fiction, and reflections on the novelist’s private life. One of the biography’s strongest chapters, the beautifully written “Penance,” reveals Fitzgerald’s ugly need to control Zelda’s own literary ambitions. Another high point occurs in Brown’s convincing claim that Henry Adams’s epochal view of history helped Fitzgerald see “the source of society’s disenchantment” in Jazz-age New York. Yet Brown’s forays into the ideas of Adams and other intellectuals, which last for a few pages each at most, are neither systematic nor thorough enough for his purposes. Also problematic is that Fitzgerald hardly ever knew the work of the thinkers Brown mentions. As family friend and biographer Andrew Turnbull notes, “general ideas [were] for him little more than a backdrop to his fiction.” Not surprisingly, Brown rarely draws from Fitzgerald’s large body of letters and notes in presenting his case.

That is not to say that historical and sociological context cannot help us understand Fitzgerald or his work. Brown fails, however, in distinguishing the role of a fiction writer from that of a cultural critic or an academic. He claims that, as with a good historian, Fitzgerald’s “archives were any number of bars, newspapers, beaches, and cities,” and that, like a good economist, he questioned society’s “underlying cultural apparatus...money.” But as William Faulkner insisted, the only thing worth writing about is “the human heart in conflict with itself,” and for those fiction writers whose work endures, the “underlying cultural apparatus” is not money but the soul.

Paradise Lost does not venture far into the territory of the spirit, and its author misses the importance of Catholicism in shaping Fitzgerald’s identity, content simply to lump it with his Irish heritage as something that gave him outsider status in elite circles. In reality, Fitzgerald, who claimed to have left the church in 1917, never escaped its influence. He went out of his way to ensure that the major events of his adult life were recognized by church rituals, including his request for a Catholic burial, which, thanks to his daughter’s persistence, finally occurred thirty-five years after his death. Some of Fitzgerald’s fiction deals specifically with Catholic practices, such as “Absolution,” one of his finest short stories. More importantly, the moral urgency found in his writing bears witness to the faith from which he could never quite escape.

Both in his title and in his focus on Fitzgerald’s desire to recover the virtues of his father’s generation, Brown invokes John Milton’s paradise, which remains forever sealed in the past as a result of sin. This paradigm can help us understand Fitzgerald’s role as an American cultural critic, but to understand Fitzgerald the man, we need to think of Dante’s paradise, which constantly beckons the searcher toward spiritual fulfillment, though, like the author and his characters, that searcher may never escape the dark wood. Nick Carraway says that Gatsby was “worth the whole damn bunch put together” not because he tried to recover the past but because among all the wealth-chasers, he alone was moved by love, not greed. Brown astutely recognizes this, noting that Fitzgerald “measured the value of [his heroes’] character by the quality of their quests.”

Unfortunately, this aspect of Fitzgerald’s character and work is never developed. Brown’s book has value in placing the author in a unique context, but those looking for a true understanding of his life will be disappointed. The “spoiled priest” deserves better.