July/August 2021
By The Editors
Books in Brief
Nonfiction 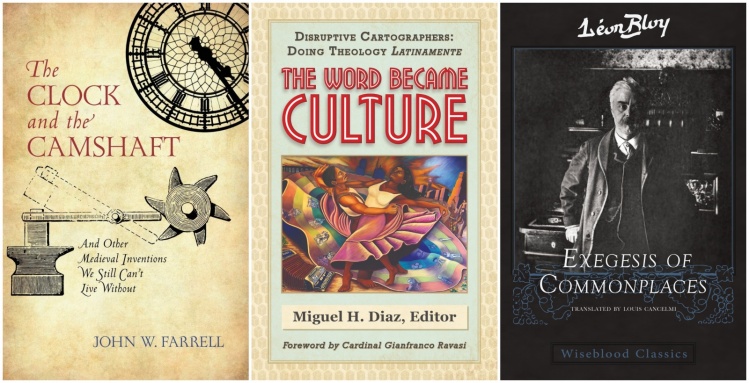 John W. Farrell wants you to rethink your assumptions about medieval technology: namely, that there wasn’t any, and that innovation languished during the Middle Ages, and had to wait for the technological revolutions of later centuries. In The Clock and the Camshaft: And Other Medieval Inventions We Still Can’t Live Without, Farrell ably upends that assumption and others (for example, that development always moves linearly from the simple to the complex, or that technology drives social change rather than developing to address existing changes). The Middle Ages saw the emergence of agricultural tools like the heavy plow and new kinds of mills; of paper, printing presses, and eyeglasses to read those new pages. Many of these innovations owe their success to clerics and religious orders, like the competitive cathedral-building that led to new infrastructure, the clocks in those cathedral towers, and the legal codification of incorporations, including autonomous universities, preceded by the Church’s own fight for autonomy.

The Clock and the Camshaft
And Other Medieval Inventions We Still Can’t Live Without
John W. Farrell
Prometheus Books
$19 | 192 pp.

“What would Catholic systematics look like if it were done latinamente?” This question guides the multi-volume project of Latinx theologians titled Disruptive Cartographers: Doing Theology Latinamente. The series is a comprehensive attempt to map theology across the plurality of Latinidad found in the United States. The first installment in the series, The Word Became Culture, provides reflections on a “preferential option for culture” from historical, biblical, anthropological and lo popular perspectives. Essays from Miguel H. Diaz, Jean-Pierre Ruiz, Maria Teresa Dávila, Néstor Medina, and Carmen Nanko-Fernández, plus a prologue by Cardinal Gianfranco Ravasi, all uplift Latina/o cultural experiences “as an act of resistance against human indifference” and in protection of the dignity of all cultures and peoples.

Léon Bloy is today best known in this country for his two novels, The Desperate Man and The Woman Who Was Poor, and for his influence on several notable French Catholic intellectuals, including Jacques and Raïssa Maritain and Georges Bernanos. But during his own lifetime Bloy was at least as well known in France for his polemical works, some of which were never published in English. One of these, Exegesis of Commonplaces (Exégèse des lieux communs), is now available in a lively new translation by Louis Cancelmi. Taking his cue from such bromides as “I’m no saint” and “business is business,” Bloy lacerates the bourgeoisie for its self-satisfaction, avarice, and hypocrisy. Imagine The Devil’s Dictionary as written by John the Baptist.

The Fixes Are In 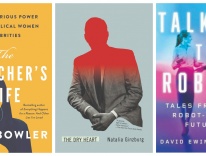 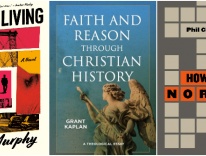 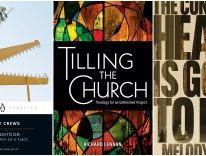