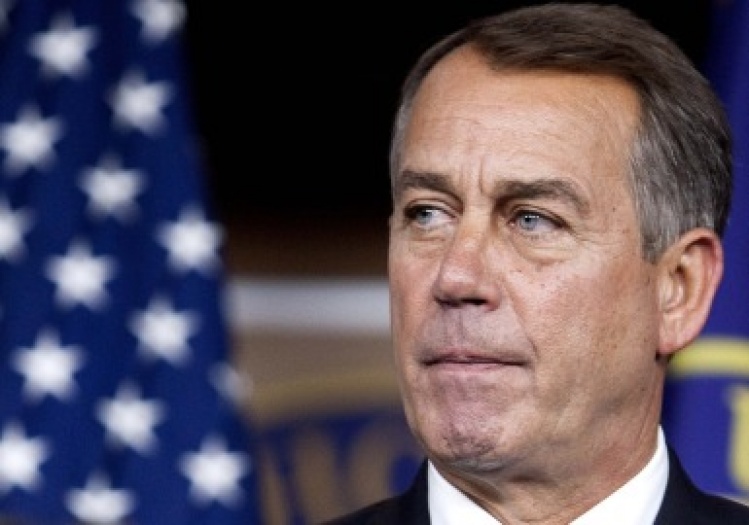 The roof fell in on John Boehner’s House of Representatives last week. The Republican leadership’s humiliating defeat on a deeply flawed and inhumane farm bill was as clear a lesson as we’ll get about the real causes of dysfunction in the nation’s capital.

Our ability to govern ourselves is being brought low by a witches’ brew of right-wing ideology, a shockingly cruel attitude toward the poor on the part of the Republican majority, and the speaker’s incoherence when it comes to his need for Democratic votes to pass bills.

Boehner is unwilling to put together broad bipartisan coalitions to pass middle-ground legislation except when he is pressed to the wall. Yet he and his lieutenants tried to blame last Thursday’s farm legislation fiasco -- the product of a massive repudiation by GOP conservatives of their high command -- on the Democrats’ failure to hand over enough votes.

He seemed to think he could freely pander to the desire of right-wing members of his caucus to throw millions of low-income Americans off the food stamp program. When that didn’t produce enough votes, he then expected Democrats to support a measure that most of them rightly regarded as immoral. In the end, the bill went down, two hundred thirty-four to one hundred ninety-five, with sixty-two Republicans voting no and twenty-four Democrats voting yes -- more help, by the way, than Nancy Pelosi usually got from Republicans when she was speaker.

Boehner can’t have it both ways, and he should be called out if he lets his party’s disarray throw the nation into an entirely unnecessary debt-ceiling crisis this fall. The nation shouldn’t be held hostage because of Republican chaos.

Start with the food stamp cuts, and let’s remember that this program is a monument to bipartisanship. The current form of the Supplemental Nutrition Assistance Program (SNAP) is, in large part, the product of an unlikely alliance between former Sens. Bob Dole and George McGovern in the 1970s. They were far apart ideologically, but both were horrified that too many Americans were going without nourishment. Food stamps have been an enormous success in curbing hunger in our rich nation, while also serving as a powerful stimulus to economic recovery during hard times.

The bill the House voted down would have cut food stamps by $20.5 billion, eliminating food assistance to nearly two million low-income people, most of them working families with children or senior citizens.

This alone should have been bad enough to sink the bill. But then Republicans pushed through an amendment by Rep. Steve Southerland, R-Fla., to toughen work requirements in the program. Work requirements sound reasonable until you look at what Southerland’s amendment was actually designed to do.

As Robert Greenstein, the president of the Center on Budget and Policy Priorities, explained, Southerland’s proposal violated “the most basic standards of human decency” because it made no effort, as other work requirements have in the past, to create employment openings for those who “want to work and would accept any job or work slot they could get, but cannot find jobs in a weak economy.”

In fact, noted Greenstein, a longtime advocate of nutrition assistance, the amendment barred states “from spending more on SNAP employment and training than they do now.” And it created incentives for states to throw people off food stamps by letting their governments keep half the SNAP savings to use for anything they wished (including, for example, tax cuts for the wealthy).

In a more rational political world, progressives and small-government conservatives might join forces to slash subsidies for agribusiness and wealthy farmers while containing market distortions bred by price supports. But when Rep. Jim McGovern, D-Mass., proposed an amendment to restore some of the food stamp funding by reducing spending on crop insurance, it was defeated.

And Rep. Rosa DeLauro, D-Conn., exposed hypocrisy on the matter of government handouts by excoriating Republican House members who had benefited from farm subsidies but voted to cut food stamps.

The collapse of the farm bill will generally be played as a political story about Boehner’s failure to rally his own right wing. That’s true as far as it goes and should remind everyone of the current House leadership’s inability to govern. But this is above all a story about morality: There is something profoundly wrong when a legislative majority is so eager to risk leaving so many Americans hungry. That’s what the bill would have done, and why defeating it was a moral imperative.